60 Reasons The Kids Are Crying 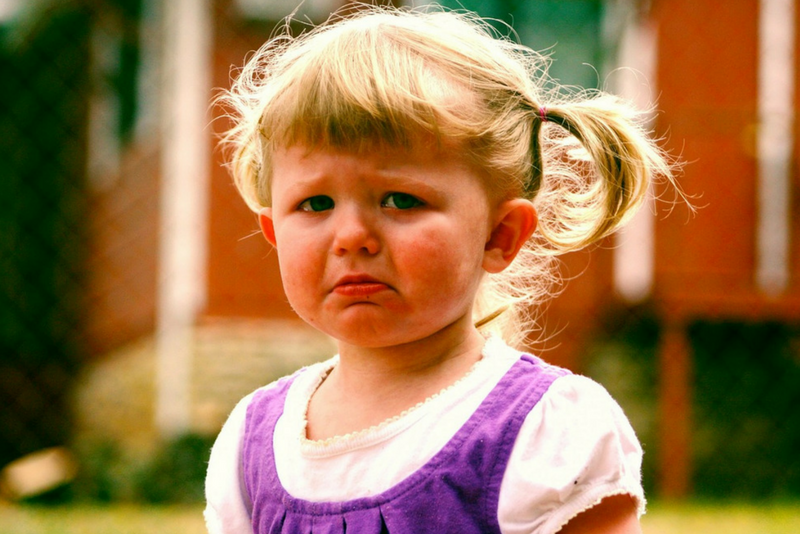 Ah, tantrums. The moment that little big eyed, chubby and gorgeous baby turns into a writhing mess of angry toddler can leave us feeling aghast, out of control and quite frankly, close to meltdown ourselves. And the reason? Why, you cut their toast into squares, instead of triangles, you fool!

The members of The Motherload® shared their kid’s most epic reasons for a meltdown; nearly 400 of them to be precise. Here, we’ve condensed it into a bite size 60. (Don’t have a tantrum – you can read the full thread on the group, here.)

1. “I wouldn’t let her sit on the till conveyor belt and be scanned.” (Clare)

2. “She missed an advert because she was playing in another room” (Aimee)

7. “I told her she couldn’t be a penguin when she grows up” (Laura)

8. “I wouldn’t let him launch off the sofa and hurt himself” (Clair)

9. “Because it’s his birthday, and I dared to give him a party” (Melissa)

15. “Because the Tesco trollies were upside down and looked hurt.” (Amy)

16. “Because I looked at the wrong aeroplane in the sky” (Georgia)

20. “Because he had to take his clothes off to get in the bath” (Janet) 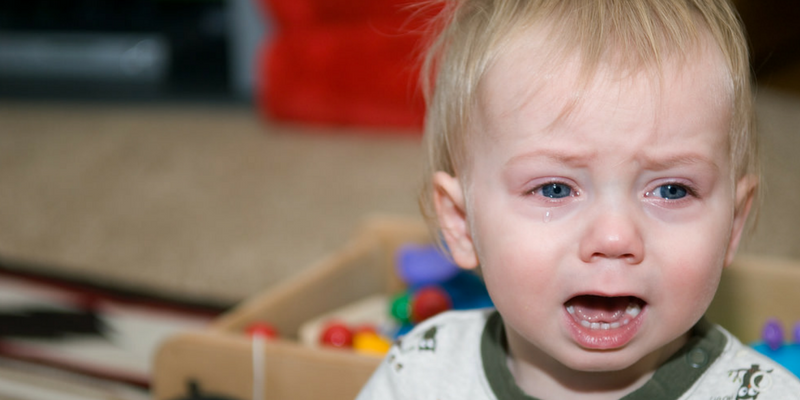 22. “I made him a sandwich. He sobbed the whole way through eating it” (Charlie)

23. “Her Grandma is in Russia and can’t come home right now.” (Natalie)

26. “Because I wouldn’t let her drink wine today” (Lauren)

27. “I wouldn’t let her carry tampons around the shop” (Maddison)

29. “Mummy kissed his finger better instead of Daddy” (Zoe)

30. “She wants to see Ed Sheeran at Glastonbury” (Hayley)

31. “She wants to be French, but not eat snails. So now she can’t be French anymore.” (Melanie)

36. “She purposefully put her foot in a cup of smoothie and then slipped over.” (Susie)

39. “Because Daddy scanned the fruit pastels in Asda, and she wanted to do it.” (Claire)

40. “I wanted to remove the TV remote from the cat’s water bowl.” (Alison)

42. “I wouldn’t let him collect the fag-butts from the gutter” (Fritha)

44. “He couldn’t climb into an animal enclosure at the Zoo” (Kristi)

46. “Because he put his hand down into his nappy and got a nasty surprise.” (Clare)

47. “I wouldn’t let him continue to eat an onion that he stole from the fridge” (Lucy)

50. “I wouldn’t let her answer the door to the postman naked” (Mandy)

52. “Her cheese on toast had melted cheese on it” (Sarah)

53. “Because there was a rogue Cheerio in her Rice Krispies.” (Emma-Louise)

56. “I told her not to lift her skirt up at the school gates. I then discovered she’d taken her pants off without me knowing.” (Laura)

58. “She wanted to wear a woolly hat during the heatwave.” (Sofy)

Love this? Share it! You can read Kate’s brilliant blog 13 Ways to Avoid Being a Sweaty Betty; and for the latest from The Motherload®, pop over to our homepage