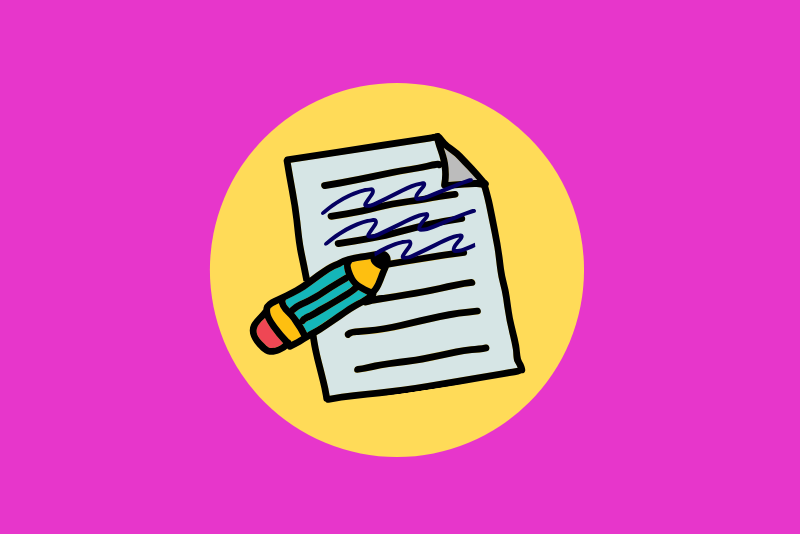 If there’s one thing which never fails to anchor me to reality, it’s a list. When life is a crazy old whirl of commuting, working, keeping humans alive, doing school admin for two entire children, helping run The Motherload® community and editing the blogzine, keeping the house vaguely respectable and remembering to nod at my husband once in a while, I would forget to do at least 25% of it without a list.

I’m addicted to lists. I have The Master List, the sub-lists (these are for things like birthdays, house projects, holidays, social gatherings, or Christmas which will have several lists devoted to it), and of course certain things will also be noted down on a calendar (physical) and possibly on another calendar (digital).

Because you can’t have too many lists.

Parentmail alert: Pirate day! School disco! Baptise a teddy! Random Charity Day! Put it on the list NOW or it will not happen. Baptise a teddy day went this way; I failed to note it on a list and my 7 year old ended up Christening a borrowed baby doll and naming her Jeffrey.

Some things are destined to stay on lists forever, like making a will, or paying for life insurance, or finding a proper chair for the desk. But just having them there, written down, gives them a sense of intent, so they don’t come and whack me over the head at 4am. And I can’t tell you how bloody joyful it was when I finally crossed out “find an NHS dentist” off The Master List when it had been on there for over a year. I was elated for DAYS.

But sometimes I get the feeling that I’m overdoing the lists thing just a tiny bit. The sense of being in control, on top of things, means I don’t feel so good when I do drop the ball, or forget to send a teddy to be baptised. Maybe I could cope without putting absolutely everything on the list. I mean, I do the housework every bloody week, I probably don’t need to actually write the individual tasks down.

But crossing them off feels so GOOD.

Okay. I’m addicted. Here are the telltale signs, in case you are going wild for lists too:

1. You have more stationery than a branch of Paperchase.

Stationery is so nice. Lovely notebooks, pens, desk pads, weekly planners, family planners. So much beautiful organising! If I had to save one of them in a fire, it would be my weekly planner for its four handy list spaces, and gorgeous celestial design.

2. You write stuff on a list that you’ve already done, just so you can cross it off.

I do this all the time. It’s utterly tragic. I just need that feeling of achievement when you tick off a task, even if it never even made it legitimately onto a to-do list.

Sitting opposite the joy of crossing off is the pain of carrying over. The shit that goes on a list and never leaves, but gets written on the next week’s list and the one for the week after that. Ad infinitum. It’s toxic. It weights you down. Maybe I could just write ‘get life insurance’ on January the 1st on my 2021 calendar and be done with it.

It’s like Samson without his hair. He-Man without his sword. Elsa in shackles. Without my lists, I am powerless. A hapless, forgetful twat lurching from one minor crisis to another. Or am I? This week, I was ill. I felt too bad to go to work. Or wash. Or watch TV. Or write out lists. So I sacked off The Master List for a week, and I don’t think I’ve even looked at the sub-lists. Granted, a lot of my usual responsibilities fell by the wayside, and no one had to baptise a bear or go to the childminder in full pirate regalia at 7am. But our lives didn’t fall apart, most things that absolutely needed to happen, happened. My brain remembered the most important stuff and filed the rest away for another time. But now I’m feeling better? Time to get cracking on next week’s list!

5. You feel the need to write a blog about how much you love lists

I’m a hopeless cause. I admit it. But come on, you’re the one reading a blog about lists. Ever wondered whether you’re addicted?