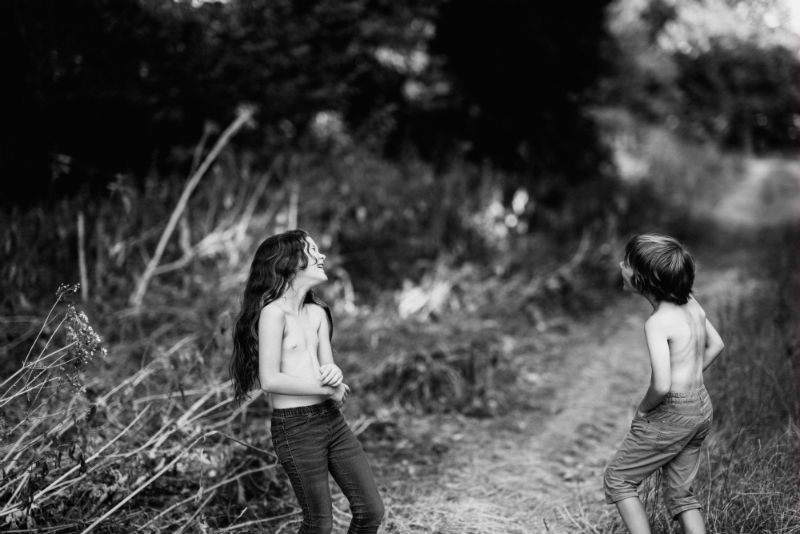 My parenting style is what I like to term ‘benign neglect’. A lot of thought goes into the lack of attention I pay my kids. My thoughts are that by allowing them the freedom to develop independence and autonomy, I’m giving them a great gift to carry into adulthood.

Yes of course I get parenting guilt – should I be sitting playing with them all day? Doing Pinterest-worthy crafts? Insisting on a summer holiday scrapbook? Maybe. But honestly? I can’t be arsed, and I don’t believe it’s good for them. We function MUCH more happily in a chaotic, messy and spontaneous household where fun stuff evolves organically. This morning we started making a den in the garden and I ended up clearing a Hippo-bag’s worth of shrubbery and they played ‘tree people’ all morning (this involved standing behind cut down bushes in a camouflage style, pretending to be invisible). Great – zero effort entertainment AND no screens! Don’t get me wrong, screens save my sanity but sometimes they are nicer after a break from the brain-draining bullshit of Playtime Island.

I work from home mainly, juggling childcare, my husband’s shifts, and my own office-based days. It’s a nightmare in terms of routine – there isn’t one. Especially with it now being the school holidays, routine has vanished entirely and I have to seriously stop and think before I can tell you what day it is.

Today has been a bit guilt-fuelled – the youngest went for a gorgeous three hour nap while I got some work done; however this meant saying ‘I can’t do x/y/z right now, I’m working’ right through to ‘LEAVE ME ALONE I’M WORKING SO I CAN AFFORD YOUR BIRTHDAY PRESENTS!’ Then I felt bad that it’s the holidays, we are at home, and there’s me with my head stuck in the laptop, refusing to let her ‘do real cooking’.

Then I had a rethink.

We baked a cake yesterday.

We made a den this morning.

I acknowledge, ‘hear’ and empathise with her every feeling, mood and desire. (Even if she doesn’t get the result she wants – she knows she’s been heard).

She’s damn lucky to have either one or the other of her mum, dad, or stepdad taking care of her – she’s very rarely in anyone else’s care. I don’t think she’s going to look back and resent the fact I refused to play f***ing Barbies (I hate Barbies) I think she’s going to look back and remember the fact I was THERE. She could play, independently, freely, safely, with me there.

Now I’m worried that this might sound like I’m having a dig at working mums who can’t be at home as much – I’m REALLY not. Because this shitty guilt fest hits all mums! Working out of the home, in the home, not working, etc – we are all guilty of, well, guilt. It’s bollocks. Do the dads worry? Nope. Do they work all week then sod off to the shed/pub/football without a second thought as to their offspring’s future bond with them? Yep. Do children grow up resenting their dads for not being present enough? Well, sometimes, but usually about being more emotionally present than physically, I’d say.

So why do it to ourselves?! They are fine. We are doing great. By consciously letting them get bored and be forced to use their imaginations, we are encouraging creativity and independence – skills that will help them through life. Benign neglect – it’s the way to go, MOLOS.