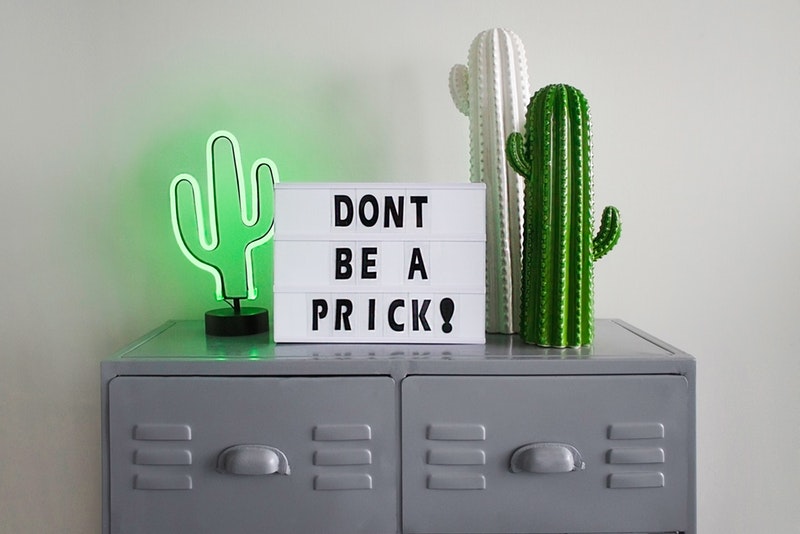 When we first heard the term “Mansplaining” last year, we sighed with relief that there was finally a word for the infuriating experience of hearing a man over-explain something to a woman in the most condescending way imaginable.

A victory in vocabulary for women everywhere! we cried.

But what about those people who patronise parents with their “useful information about how to get their child to be perfect” – the Mumsplainers? They’re the absolute worst.

“Sleep when the baby sleeps”

Never has a phrase induced so much rage in so many women as when a well-meaning-but-actually-unbelievably-patronising onlooker offers this ridiculous piece of ‘advice’ to an exhausted mum.

I usually just about managed a polite smile back.

But what I really wanted to scream was: “Sleep when this creature sleeps? Really? Have you ever tried to get a minute’s valuable shuteye with a dead arm and aching hip, desperate for the toilet and hungry as sin, but fearful to move even a millimetre on this painfully hard chair in case the tiny snoring baby beneath you realises you may not actually be its cradle but a living breathing being too?”

“Just sleep when the baby sleeps” oh okay, I’ll just have 40 winks and leave my other child to roam the house unsupervised shall I? Maybe I’ll get him to chop up the veg for tea or chuck a few coals on the fire while I’m having a catnap.

The Rise of the Musmplainers

Like most regular parents, I have been the victim of “Mumsplainers” for longer than my little ones have been in my life. It gets worse as they get older and it really, really has to stop.

It’s a matter of mental health.

“Raspberry tea for a pain-free labour; Stock up on sleep now,” the idiotic and patronising advice starts before you’ve given birth and just gets worse as kids get older.

As my daughter turned four months her miniscule brain swapped day to night, so she slept a solid eight hours as the sun shone but then little more than 30 consecutive minutes during the long, lonely nights.

“Selling my soul in exchange for an hour’s sleep” I wailed in type, because posting a self-pitying moan at 3am on Facebook was the only thing I could do to stop my tears from drowning the child right there and then.

I’d hoped for sympathy, maybe a few consolatory words, or even the offer of taking my toddler son away for a few hours the following day so I could, in fact, sleep while the baby slept. But no. Mumsplainers Ahoy! By 6am they were out in force.

“Try a warm bath before bedtime”, “Put lavender on her pillow”, “Controlled crying is your only hope”. There I was, shattered and depressed, and women who have clearly been through this crap themselves thought that a bit of patronising advice might be exactly what I needed to boost my mental wellbeing.

Breatsfeeding is a biggy. In all ways. Celebs, Mumsplainers, midwives, you’re bombarded with pressure to force your cracked and bleeding nipple into a tiny mouth to ‘give them the best start’ and chastised if you dare mention *whispers* formula.

When Jamie Oliver tried to start a campaign to encourage more women to breastfeed, singer Adele hit back, saying “It’s f*cking ridiculous, and all those people who put pressure on us, you can go f*ck yourselves, alright?”. I have to admit, I understand why.

You’ve been feeding them for 23 of the past 24 hours. You take a break, just to remind yourself you have legs and those legs need to take you to the toilet. Your baby starts to cry. “Is he hungry?” someone asks, and you’re just relieved shotguns aren’t common household items.

Then the tables turn. “You don’t want him walking and talking and still breastfeeding” and “The longer you leave it the harder it’ll be to wean him off”. All those smug mums, nans, aunts and friends who deemed bottles tantamount to child neglect suddenly shift into stern authorities on when you should stop nourishing your child in the most natural way possible.

And why is it that celebs who have given birth suddenly think they’re parenting experts? They know no more than we do, and I’m damn certain they have a lot more help around the place. Gwyneth ‘my kids don’t eat carbs’ Paltrow, millionaire Myleene Klasse on the importance of all having breakfast together. Well, that’s a lot easier when you don’t have to evict three humans from your household fully dressed and prepared for the day by 7.30am. The only breakfast we eat together is at weekends, because sitting my kids down with cereal in the morning then grabbing a two minute shower is the only way to get us all fed and presentable in time.

The birth of my first child rendered me a blithering mess on more than one occasion. Unsure, insecure, and often on the verge of tears, what I needed was reassurance, not empty advice dished out for no reason other than to highlight my inadequacies. “You look so tired, have you tried napping while he sleeps?”.

But mumsplaining makes these people feel better. For some it’s a sense of power, for others it’s just so long since they went through it their memory has been addled by eight hours sleep a night and a healthy social life.

The worst Mumsplainers are those with a child six months older than your own. They did everything better than you and boy don’t they want you to know it?

“I guess we’re just lucky that Horatio eats everything we put on his plate, has slept seven ‘til seven since he was three days old, and passed his Maths GCSE at the age of six.”

Well yeah, Horatio may be The Messiah, but actually, nobody bloody likes him. Or you.

And that’s the crux of it. Mumsplaining is fuelled by fear. Fear in the victim that they’re failing, and a deep-rooted fear in the purveyor that maybe they didn’t do it all that well the first time round, or pure jealousy that they’ve lost their chance, but you still have yours.

Mumsplainers need to back off. An ill thought out comment can cripple a new mum, and a cheap jibe can instil an insecurity that lasts for years.

Think before you speak, Smug Mums. You can have that bit of advice for nothing.