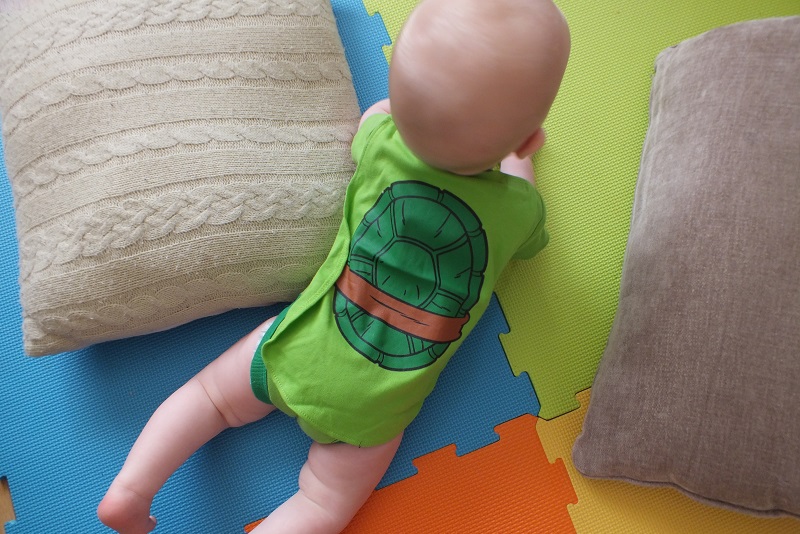 I’ve always been a fan of Robert Webb, ever since I first watched Peep Show.  I like him a little bit more after I watched a clip of him talking about how we shouldn’t tell boys to ‘man up’. He’s written a book about his experiences, called How Not to be a Boy.

I was nodding in agreement throughout the whole interview.

Despite the rise of geek culture, it’s seen as a good thing to be a Proper Man. We don’t particularly encourage sensitivity or empathy in men, not as far as popular culture is concerned. My husband has noticed it, too: sometimes, other men just don’t know how to deal with him saying ‘hey – I feel a bit anxious/sad/worried today.’

Which is ridiculous, and it feels alien to me. I find talking about emotions as comfortable as talking about the weather, and although I realise not all women are the same, I do feel that my friends wouldn’t bat an eyelid if I told them I was feeling a bit sad.

I made the mistake of reading the comments under Webb’s interview clip on YouTube (I know – I don’t know why I do that). Someone summed up this whole interview – in which Webb is being very honest and sincere about his childhood, and the impact that suppressing his own emotions has had on his life – with the comment ‘cry me a river you soppy lefty.’

And that was one of the mildest comments.

It is emotionally unhealthy to tell boys to suppress their feelings. I, for once, know what happens when I get emotional and feel unable to express it – I get bitter.

I get angry. Luckily for me, though, I know how to process anger.

What happens if you don’t know how to process anger?

When I was a teenager, I hung out with boys and girls. Some of those boys were deeply entrenched in lad culture – it was almost a competitive thing. Who could do the most dangerous stunt and survive it? (Setting themselves on fire? Jumping over each other on skateboards? No problem.) Who could get the most girls? Who could take the biggest amount of alcohol without ending up hospitalised? That kind of thing. They were young, and foolish, like all of us are at some point.

They also went through a variety of, to put it frankly, utter crap. Parental abandonment and unstable families. A total lack of support from school. Some of them had issues coming out of their ears.

Did they feel comfortable showing any emotion around it?

Did they get angry?

And did they know how to process that anger healthily?

I expect you know the answer to that one.

According to the Samaritans, men are three times more likely than women to commit suicide in the UK, and in the Republic of Ireland, they are five times more likely to commit suicide. As easy as it is to make jokes and brush off talking about feelings as some kind of soppy modern thing, the fact is that something has to change to stop this from happening. If, as a culture, we were able to have more of an understanding of mental health and how to respond to emotions, we might end up in a better place.

We should be teaching children, from a young age, how to deal with their emotions. We should be teaching them that emotions are not something to be afraid of, or to hide. We need to be teaching young people healthy responses to their own feelings. That doesn’t mean I think boys and girls should all behave in the exact same way and that we should make everyone wear sacks and have short hair just to avoid offending anyone. It doesn’t mean I think men are wrong for not sobbing their hearts out every day. I just think we need to ditch the whole ‘stiff upper lip’ thing that has plagued men in the UK since the dawn of time. We need to stop equating ‘strength’ with ‘never allowing yourself to feel anything’. Because what good does it do?

And is it fair – on both sexes – that we tell our boys to toughen up, but not our girls?

I won’t tell my son not to cry. I won’t tell him that he needs to ‘get over’ whatever he is feeling. Sadness, anxiety, and other emotions that we perceive as being negative are not something we should be encouraging anyone to be afraid of – boys included.

Like this? Share it, and spread the MOLO love! You can read Megan’s brilliant blog Six Ways to Read Actual Grown-up Books and for the latest from The Motherload®, visit our homepage