10 Things I Wish I’d Learnt In Antenatal Class
We Need To Talk About: Tearing During Childbirth
Why I’ll Never Regret Trying For a VBAC 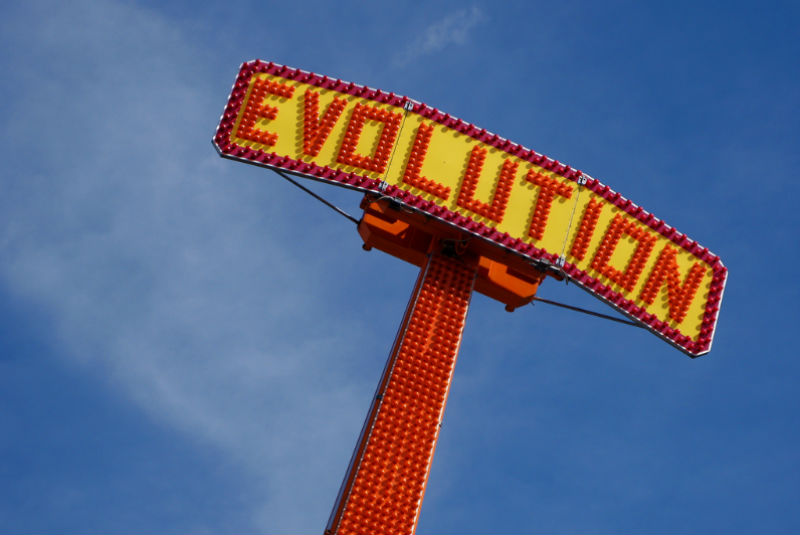 According to research that’s hit the press this week, Caesarian births are contributing to an evolutionary change in the population because they are enabling the survival of babies and mothers who would have otherwise died due to complications associated with an obstructed birth – namely that the baby is too large to travel safely through the mother’s pelvis.

This news comes as yet another blow to the self-esteem of those of us who delivered via c-section; ‘denying’ our babies not just that hallowed journey along the birth canal but also vilifying us for changes that may impact upon generations of mothers to come. It doesn’t matter that infant and mother mortality is at an all time low, if we believe the press, those of us choosing Caesarian are contributing to a future wherein ‘natural’ (vaginal) birth may simply not be possible.

As with any press coverage of c-sections, the language used is loaded; the implication is that c-sections should be avoided at all costs, lest they should ‘cause’ changes that will damage the future of the human race (talk about a guilt trip!)

If you dig a little further behind the sensationalist headlines, you’ll realise that this is almost a non-story. Scientists have shown a slight increase in the number of Caesarian deliveries due to obstructed births – from 30 in 1000 to 36 in 1000 over the last 50 years. Forgive me if I am wrong, but I was under the impression that over the last 50 years, delivering a baby has become increasingly safer and infant and mother mortality rates are at a (thankfully) all-time low. Dig even further, and the scientists involved in the study say things like:

“I expect that this evolutionary trend will continue but perhaps only slightly and slowly.

“There are limits to that. So I don’t expect that one day the majority of children will have to be born by [Caesarean] sections.”

Hang on, I thought we were supposed to be agreeing that c-section was an evil that was causing irreversible changes that would mean that no woman could give birth unaided in the future? Actually, what assisted delivery has done for women and babies is better expressed in positive terms; they no longer die because the baby can’t get out. Forgive me for my naivety but I can’t help but think that’s an improvement in maternal care.

Rewind 100 years and if you had an obstructed birth, the likelihood was that you would die. Evolutionarily, this meant that women who were unable to give birth due to a small pelvis would not give birth to babies who might inherit their small pelvic size and so the cycle would be broken. What does that mean then, that women with small pelvises shouldn’t have babies? Or that women whose babies get into significant distress on their journey into the world should just allow their babies (and probably themselves) to die to spare evolutionary changes that could inconvenience women and doctors in the future. Correct me if I am wrong, but I thought that one of the benefits of modern medical care is that fewer people do die in childbirth. I’m not sure you can blame women who’ve had Caesarians for that, can you?

So, essentially, the story is that there is no story – certainly not one that warrants further insult to those opting to have a c-section. There may, or may not, be an evolutionary change afoot. Scientists aren’t sure if any real difference will be shown, and yet the headlines still point the finger of blame directly at those ‘too posh to push,’ shutting down dialogue about the positives of c-section birth before they’re even raised, further alienating those who had (either by choice, medical necessity or emergency) a surgical birth experience. As someone who had an elective c-section, I find this particularly worrying, but I refuse to be made to feel that I somehow let not just my baby, but the whole of the human race, down by putting my life first. 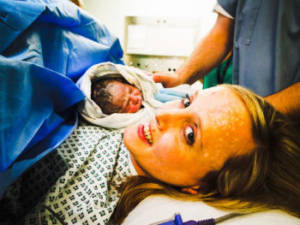 I’m not in the habit of justifying my c-section (any more) but suffice to say that I would very likely have been one of the birth mortality statistics had my baby been born 100 years ago. So, I chose to have a c-section, and my baby arrived surgically and safely. I don’t feel that I should be made to feel guilty by the emotionally charged rhetoric of headlines designed to appeal to the general judgement of assisted births. I am eternally grateful for my c-section; I am sure that it saved a lot of heartache and distress for both my baby and me. But, whatever your reason for having a c-section (even if that’s you’re ‘too posh to push’, whatever that means) please, please, please don’t ever let anyone make you feel inferior, or like it’s your fault that humanity is heading down the pan, just smile and be thankful for the amazing healthcare advances that have been made in the last 100 years. You’re amazing for giving birth and your baby is the future of our planet and that is a miracle.

Did you have a Caesarean? You can read Motherload blogger Alison’s Too Posh to Push: A Tale of Two Caesareans

Hannah is a thirty-something mummy since October 2015. Currently trying to navigate through the rewards and challenges of balancing motherhood with full-time primary teaching whilst maintaining an acceptable level of sanity. She loves ballet, books and bedtime but not necessarily in that order!  She lives somewhere in the East-Midlands with her 2 small white dogs, man-child and (as coined by my sister in-law) ‘The Baby India’.