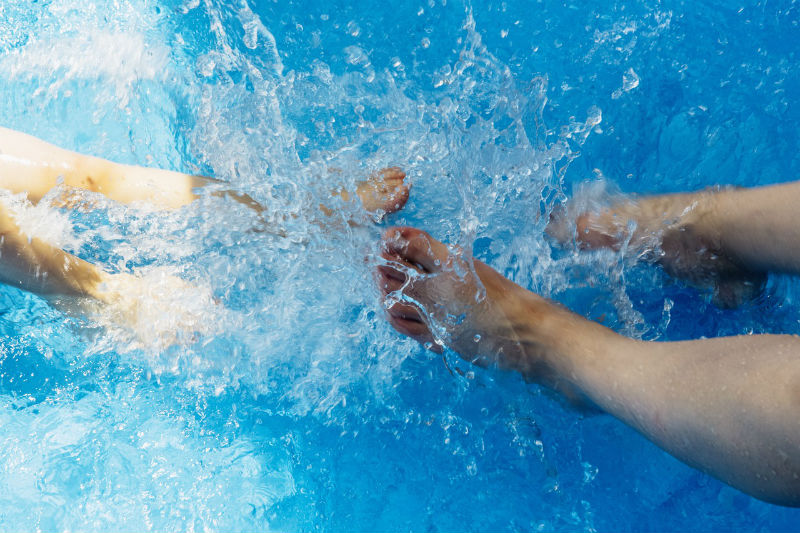 Wasps, magpie shit on the barbecue, the kids trying to drown each other and the return of The Orange People. Rachael Smart’s essential facts about summer.

2. The BBQ gets wheeled out the first May Bank Holiday and the man with the big responsibility of browning burgers and stoking the fire will regress to primitive methods of functioning, such as licking the spear to check whether the juices run clear. He might take his top off or wear a feminine apron over his bare chest that says ‘Mum is the button holding everything together’ for “comedy” value. He’ll tense his biceps for the guests with such ferocity that the mushrooms he’s skewering will look pornographic in his hands.

3. By June the BBQ will be covered in magpie crap and sticky buds with a shit-filled nappy rotting where the ribs usually go.

4. All body hair needs removing. An arduous task requiring gin. Think stubbly rashes above your top lip, under arms and gunt. You will not give one fuck about having chicken skin because being hair-free permits you to wear shorts when you have a tropical groin climate by 8am.

5. If you are over thirty, you adhere to unspoken rules about wearing shorts that cut off just above the knee unless you are abroad. Initially, you will feel cool and chic until a forty-something woman catches you up on the street to ask how work is going and she will be wearing hot pants with a massive gap between her thighs, her mons pubis plump and tight and smug against Zara’s nautical stripes. You will go home and google Surgical Pubic Lifts, and perhaps eat some spinach leaves with your double burger.

6. By early July, you will have had a gutful of British summer. In crowds of topless men, only one sharply-sculpted torso will ever be worthy of exhibition. It takes one flash of lemony sunshine for The British to strip off and let it all hang. Oh and how it hangs. Summer is a banquet for the body voyeur but thoroughly detrimental to your sex drive if you only get off on visual aesthetics. But let’s not err on the negatives, viewing nude Britain is great for killing your appetite so knock yourself out with another aloe detox.

7. A depressing by-product of summer is The Orange People. An absurd 80’s phenomenon yet still all the rage. Spray booths. Self-tan lotions, creams, mousses, gels. Women everywhere emit a metallic whiff of iron filings, a scent reminiscent of soiled black tampons, of ripe menstrual blood. Fake Bake or Saint-Tropez it really doesn’t matter, just get glazing your pale bits with Jalfrezi skid marks. Been smoking Marlboro Lights with your toes? No, it’s just my fake tan. Since when was a tan curry-sauce coloured anyway? God knows, perhaps the beauty industry made a gash with their paint charts.

8. Summer evenings walking by the river, picking daisies with your gorgeous kids in the peachy twilight and wearing flower chains for romantic Instagram shots. The next morning, finding dead daisy heads in your bra, the stench of dandelions in rigor mortis on your pillow, mashed up petals and pollen piss stains all over your best white dress even after a razz round on a fast spin cycle.

9. The kids want to play in water daily. It starts off tame but after five minutes they try to drown each other in the paddling pool and the constant levels of high supervision will make you drown yourself in 3 for 2 Stowells before 3pm.

10. Breastfeeding your baby at the beach with his gob full of sand and the abrasive scratch of shale particles on your highly irritated nipples. Clams and lobsters seeking shade underneath your boob flaps where sweat cools in to sedimentary rock pools.

11. Wasps. First sight of one of these bad boys at a picnic and you know your kid’s lunch is ruined. You try not to waft, you try to avoid panicking whilst the sadistic bastard with wings drones round your toddler’s gummed strawberry with murderous eyes. It’s the quickest adrenalin shot a parent needs to fuck up a lazy summer’s afternoon (and two hours of morning prep boiling eggs.) You’d think that returning to your cool home would be sanctuary from the heat. But there will be wasps there, too. Not content with stinging picnickers into anaphylactic crisis, they also sneak in houses to taunt the fuck out of owners. There’s nothing more amusing to a wasp than a woman racing round in a jumpsuit with a pint glass and a sheet of paper, making death threats to an empty room.

Love this? You can read Rachael’s last blog Seen to be Kind or for the latest from The Motherload®, head over to our homepage