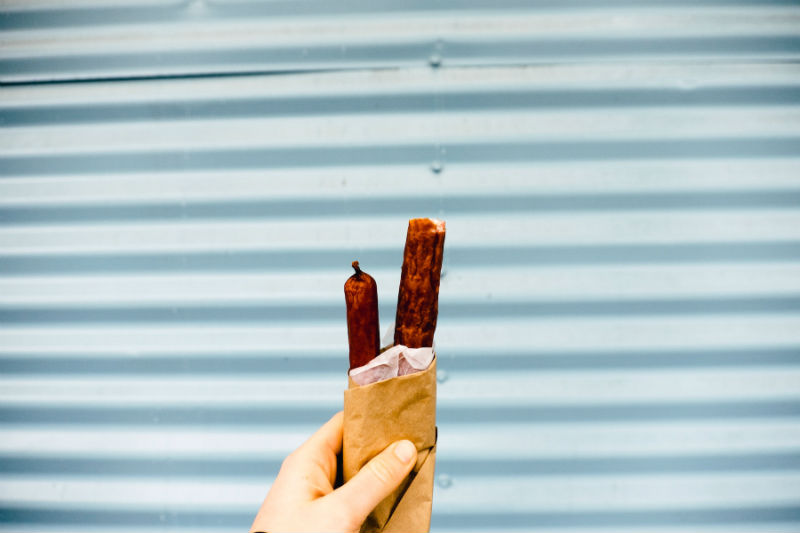 Ever wonder why you’re a forty-something male who can’t initiate a relationship without it hitting the skids? Does it all seem to fall apart during that first post-coital cigarette? Or maybe you can’t you get your clammy hands near her furry pleat in the first place? It may be down to something so simple that you’ll face palm for wasting all those years lobbing one off when you could have been lobbing one in.

1) The opening word is on wearing dressing gowns at any point during a one night stand.

An acrylic-towelling mix with a V neck and belt is an absolute no-no. Thinking of adding leather backless slippers to accentuate your scrawny legs? Then the only body part you’ll be restraining with that gown cord is your own neck. Think about it sensibly, mate. Would you fancy shagging Wee Willie Winkie? Dressing gowns are for in-patients or the elderly and no one in between.

Hung like a Bavarian God? Don’t boast because friction burns to the labia, cystitis and womb bruising are all unpleasant side effects. Needle slim? Misses the point and irritating as a gunky floater on the front of a contact lens or those hives induced by a bunch of petrol station flowers.

3) If your fingers resemble hunky Wall’s Porkers sellotaped to the palm you need to take The Tabloid Thumb-Flick test.

Grab a tabloid newspaper and if your thumb bumbles for its life just trying to separate a few leaves of paper, you can’t thumb adequately. So you can’t finger either. Imagine finding your way round a woman’s delicate folds without causing some great gashing injury! Arrange for finger-o-plasty today. Hone down those pinkies, shave off some bone. Think of it as payback for patriarchy. Make swift arrangements to get them removed and replaced. Remember that thick fingers fumble when unfastening clothes; they rasp on delicate clothing and make ladders in sheer tights. Women know that massive hands are genetically pre-programmed to treat nipples like radio buttons. After all, nobody wants to hear Radio Trent 96.2 FM play Bad Finger’s ‘Come and Get It’ during foreplay.

4) Women are offended by most pet names and will pin down their alternative meaning with the same urgency that a blood hound finds haemoglobin at a murder scene.

In short, we analyse you by the Freudian slip of a name you give us. Some common examples should assist with comprehension. ‘Babe’ is the name of a talking pig on a kid’s film. ‘Darling’ is used by middle class men to wives they fucking loathe. ‘Sexy’ prioritises dick above the human being inside. ‘Fit’ connotes a UK size 6 body and treadmills. ‘Lovely’ is on a par with heart of gold and screams safe, kind of dull, a woman who bears oxen shoulders for men with excess emotional jism. ‘Sick’ remains a word for vomit. Names: proceed with caution and don’t say I didn’t warn you, hottie.

5) A man sending semi-erotic text messages after five pints once ended a relationship for me before sex occurred.

6) Old school chivalry and men that call themselves gentlemen are woefully outdated.

Do you choose wine for your date in a restaurant with confidence, sniff at the sample, roll it around your mouth and click your tongue to signal grape appreciation and say with an affirmative nod, ‘My date will have the Sauvignon?’ Jog on, kiddo.

If you think opening a door for your date and complimenting her on her perfume means you can shove it up like a screw, return to go without collecting one hundred pounds or a condom. By all means pay for the date, it won’t offend, but don’t expect a sexual transaction in return. So many fathers seem to have taught their sons this woman-buttering garbage which was bang on trend back in the eighties and as a result, real men actually still exist who dare to interrupt a woman in mid-conversational flow to say, ‘Don’t swear, it’s unattractive on a girl.’

8) Talking during sexual acts unless your partner invites it is dangerous.

9) Men who criticise other women are loathsome without exception.

Commenting that the waitress’s thighs are rather ‘too big for that skirt’ whilst wearing drawstring Evisu shorts which expose bony legs will not give you any credence in a woman’s eyes. You will not feed her (male-perceived) waning self-esteem and low body confidence by ripping apart the perfectly functional female torsos and limbs of those all around you.

10) On a concluding note, whilst we’re on the topic of women I can’t wrap up without a note on female madness.

You know those discussions you tend to have early on during the second or third date where it’s just before last orders and you’re both getting on famously and cradling goblets of plummy black Merlot next to a crackling open hearth fire, dishing your dirt on the past, opening up the deep and meaningful on what went wrong in former relationships?  Be advised to leave lunacy well out of it. For as soon as you call your ex-girlfriend a mentalist, as soon as you utter those words from your purple-stained lips, alarm bells will ring out in your date’s head as high-pitched as any ambulance shrieker. Without a firm clinical diagnosis and a long-term prescription of Fluoxetine to back it up, offering up the ‘insanity’ card about a former relationship simply means that you behaved like a complete tool, and your ex couldn’t stand the fucking sight of you.

Like this? Share it, and spread the MOLO love. You can read Rachael’s last brilliant blog Essential Facts About Summer or for the latest from The Motherload®, head over to our homepage