From Peppa to Paw Patrol and Beyond 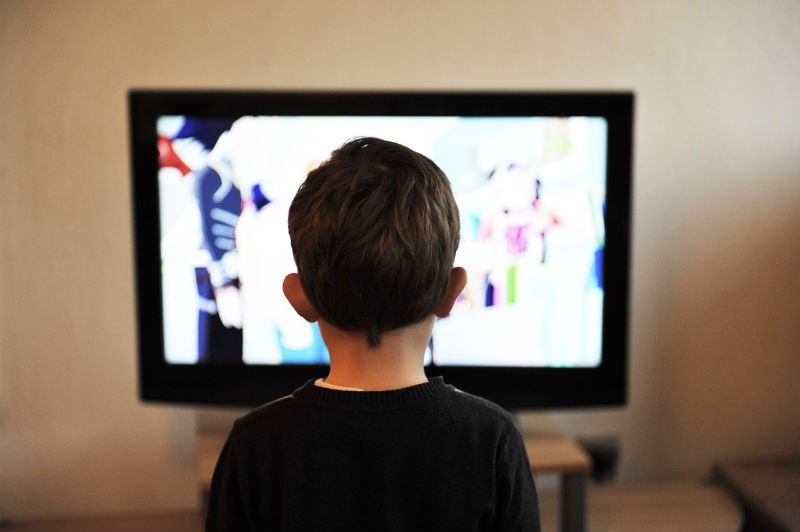 I tried to keep my children away from screens as much as possible for their first eighteen months or so (more successfully with the first than with the second). Since then we’ve been moving through a series of stages, each with its own unique highs and lows.

This is often the first programme kids get properly addicted to. I remember visiting a friend before I had children. Her eighteen-month-old was sitting on the sofa watching Peppa Pig. When an episode finished, she stood up and did a little dance to the theme tune and then sat down to watch another. A couple of years later, another friend visited me with her son, and our two-year-old boys bonded over Mr Bull digging up the road. ‘Mr Bull,’ they said to one another, faces serious. ‘Dig up the road!’ I’m in the thick of the Peppa Pig stage right now with my two-year-old daughter. She even calls me and my husband Mummy Pig and Daddy Pig. Seriously.

This was a long one for my son. We had Jupiter and Venus toys, my husband did a great line in Elvis and Station Officer Steele impressions and we read those terrible books that are based on episodes over and over again. We asked ourselves why there were so many fires in Pontypandy despite a population of about twenty and we pondered over the likelihood of Fireman Sam being Norman’s secret father. But I’d forgotten, until we got the toys out again for my daughter last weekend, how stressful it is when your child shouts out ‘Mummy, there’s a fire!’ fifteen times a day.

Every time my son starts a new stage, I think I’ll never get to know these new characters’ names. I remember thinking that about Paw Patrol. And yet how can it be that there was a time when I didn’t know Chase, Marshall and co as if they were real people in my actual life? And oh, the merchandise! We’ve got a Paw Patrol blanket, a pencil case and notebook, even shoes. We’ve passed this one now, and I’m not sorry, but the hangover from it is that if my son wants us in the night, he still shouts ‘Mummy and Daddy to the lookout!’

From here, things get a bit hazy for me, because I finally realised that while he was watching TV, my son had no idea what was going on around him, which meant I didn’t have to watch it too. So while my daughter napped and my son watched episodes of Transformers, I loaded the dishwasher or sent some emails or even read a book. I didn’t much like what I saw of Rescue Bots, but I did like the transforming my son did as a result. ‘Do you want to see my forms?’ he’d ask, face very serious. Then he’d move his limbs to turn into a helicopter, or a boat, or a truck.

The My Little Pony stage

This one came out of nowhere. On my son’s fourth birthday, he asked to go to the cinema. I showed him trailers of the two kids’ films that were showing, and he chose My Little Pony: The Movie. He watched it, transfixed, and when I later found episodes on Netflix, I thought he’d explode with excitement. For my part, I was ecstatic that he was going against gender norms, while he yabbered on about Twilight Sparkle and Princess Celestia to anyone who would listen (and, often, anyone who wouldn’t).

Recently, My Little Pony has fallen out of favour, but we haven’t found our new stage yet. With my son, we’re watching a bit of Storybots, a bit of The Magic School Bus, a bit of Care Bears. With my daughter, it’s all about Peppa. I wonder whether her stages will be the same as his. I know they must vary massively from household to household (we watch mostly Netflix, for example, and I’ve never once seen CBeebies), but I don’t know about from child to child. I’m half dreading and half looking forward to finding out.