10 Ways To Keep Your Toddler Entertained During Lockdown
The Motherless Mums
Endometri-WHAT? 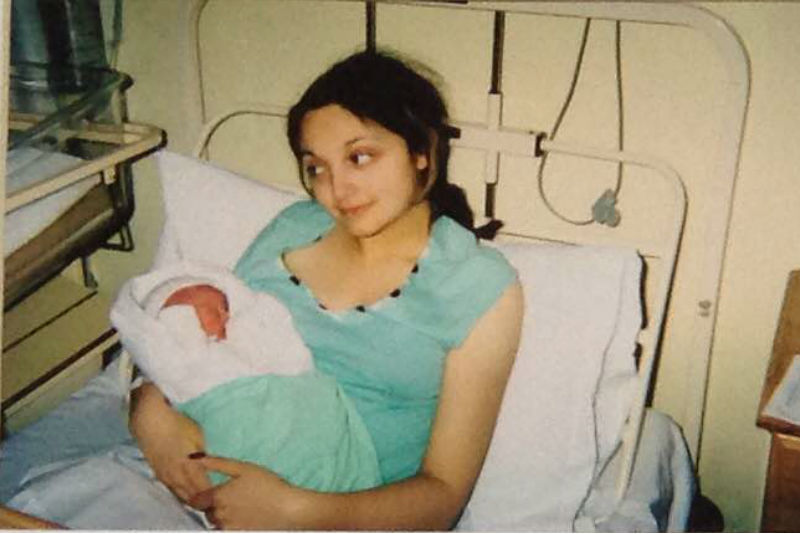 Carrying Group B Strep is perfectly normal and natural, but it can also be very dangerous for babies if it isn’t diagnosed and treated.

Sarah Ilott shared her own heartbreaking experience of Group B Strep with The Motherload®, in the hope of raising awareness of the importance of testing.

In April 2007 I found out I was pregnant; I was amazed as I had been told that I was not able to have children and had been using birth control to control my periods. I had really bad morning sickness, Hyperemesis Gravidarum, and because of this, the chance of miscarriage was very high and did not reduce at thirteen weeks. I was on edge throughout the whole pregnancy.

I didn’t know whether it was a boy or a girl but I nicknamed my bump Herbie, after the VW Beetle and we later found out we were having a boy, so I must have just had some kind of instinct.

I was due on the 24th January 2008. On the 11th January I started experiencing pain that was getting worse. When I got to the hospital I was examined and told I was in labour and 5cm dilated. After hours of pain, they gave me some gas and air and told me to push. At the time, I thought this was the worst pain I could ever experience. I gave birth at 14:32 to a beautiful 4lb 8oz baby boy who was still in his water sack. I carried him for 38 weeks and 1 day. He was perfect.

We called him Zachary Stephen Glyn Herbie Ilott. It means God remembers the crown of the valley and the illustrious warrior. The middle names came from family and the nick-name of my bump.

After a few days we got to take him home.  But when he was seven days old, I realised he wasn’t right; he was off his milk, making a grunting sound – he didn’t look right and his cry was different. I kept ringing the hospital and speaking to the midwife and that they said I was being a nervous new, young mum – I was 21 at the time. While I was on the phone he began turning blue. They said to hang up and call an ambulance. While I was on the phone to them, he stopped breathing and my partner had to try to resuscitate Zachary while I was relaying instructions I was being given over the phone. I begged them to hurry.

The paramedic car arrived, then the ambulance and they said I could go with him. We had to pull over twice for them to resuscitate Zach again. It usually took around 15 minutes to drive to the hospital so with the blue lights on, you can imagine how quickly time was going in between them needing to stop to resuscitate my baby.

They took him through and we had to wait in a room while they were treating him. They said we were going to be transferred to Great Ormond Street by the Children’s Acute Transport Service ambulance. When they arrived they had to stabilise him, which took 3 hours. I was travelling down the M1 facing backwards at 80 mph. When we got to Great Ormond Street, again they sat us in a room while they got him a bed in the intensive care unit and treated him. We sat there in silence.

We found out that Zach was suffering from late-onset Group B Strep. This had caused meningitis, which caused his brain to swell. This caused the sensors in his brain to be crushed. The machines were the only thing keeping him alive. If by some miracle they had saved him, he would have been in a vegetative state.

This happened over three days. The longest three days of my life. I had to make the decision to turn off the life support machine.

The agony of loss

They asked if we were going to have him christened, but we hadn’t even discussed it yet; he was still a newborn. They baptised him. They did prints of his hands and feet. They told us to take pictures.

On the 21st January 2008 at 19:50 aged just 10 days old, Zach died. I actually felt my heart break. I wanted to die. I wanted to swap places with him. I would give my life to have him back. This was the moment when I experienced the greatest pain in my life.

The next day we went back to see him all dressed in a sleep suit, swaddled in a blanket in a Moses basket like he was sleeping. His head was three times the size it was meant to be, but he was my baby boy and my life.

The importance of testing

We found out that Group B Strep infection in newborn babies is usually preventable but it isn’t routinely tested for in pregnancy. You can get private tests for Group B Strep. You send off the swabs to the company with your payment of around £35 and the results are sent to you on a text message. All you need is a swab in pregnancy, antibiotics in labour and possibly after they are born and in most cases, they will be fine. In some cases they are not: sadly, even with full intensive care, approximately one out of every 10 infected babies will die from their GBS infection.

There is a charity which raises awareness called Group B Strep Support. I wish I had known about it. I tell all women who I know are pregnant about the test and even order testing kits for them. I know it’s an awful subject to talk about, but I would rather warn people. I could never live with myself if another baby died of Group B Strep when I could have warned the mother.

To my son, my world, the crown of the valley and the illustrious warrior that god remembers, may you rest in peace. Mummy, Daddy, Lewis and Ziva love you with all our hearts, miss you every day and talk of you often.

For more information about Group B Strep, including testing click here

Group B Strep is found in the gut flora of around one third of the population and around one quarter of women have GBS present in their vagina. If it’s been detected during your current pregnancy, you should be offered intravenous antibiotics in labour. These massively reduce the risk of your newborn baby developing a group B Strep infection. They do not reduce late-onset GBS infection. Researchers are working on developing a vaccine that will one day prevent almost all GBS infection in babies.