Help! Paw Patrol is Taking Over my Life 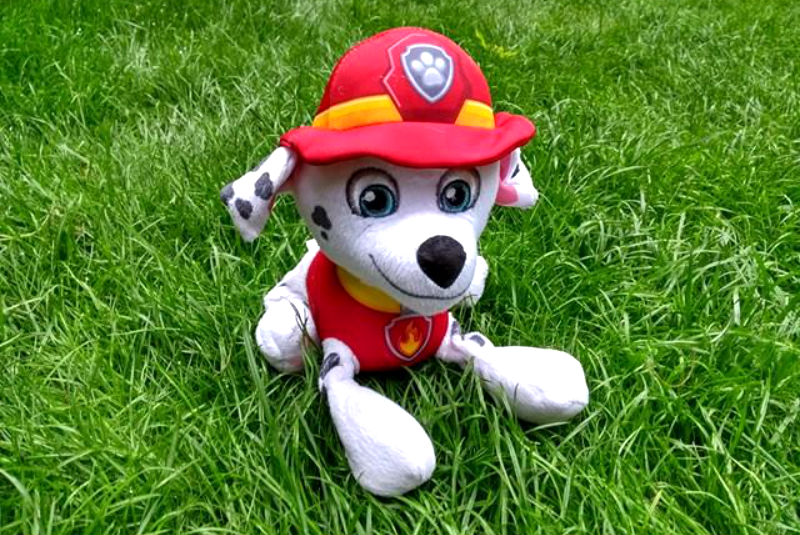 About six months ago, my parents came back from holiday, laden down – as ever – with souvenirs for their grandchildren. My dad was particularly excited about a t-shirt he had bought for my two-year-old. “I thought this one was perfect for Daniel,” he said. “You see, it’s got puppies on it, and they all seem to be part of the emergency services! Great for a dog-lover who wants to be a policeman, isn’t it?” “Oh yeah,” I replied. “I think it’s the Paw Patrol or something, I’ve seen a few of the toys in the shops but we haven’t really watched it. He’ll love it, though, thanks!”

Truth is, I was in no hurry to let my kids watch Paw Patrol, in fact, I was feeling sickeningly smug that they weren’t really into superheroes or cartoons at all. Ishmael, my four-year-old, couldn’t tell the difference between Superman and Spiderman if his life depended on it, and Daniel was living entirely in the world of Mr Tumble, singing and signing his little heart out and, erm, pretending to be a clown with multiple personalities.

That all changed on a playdate one freezing, wet, Monday in February, when the perfect storm of tired, nap-dropping fractious toddlers and sleep-deprived mothers meant desperate times called for desperate measures. “Do you mind if I put on a bit of P-A-W P-A-T-R-O-L?” my friend asked. “I don’t let him watch it a lot, but it might just give us the chance to chat and drink our tea while it’s hot?!” I didn’t need to be asked twice. By the end of the first episode, Daniel was sold.

“I want more dogs, I need to see the dogs Mummy!” my once mild-mannered second-born shouted all the way to his brother’s school that afternoon. As soon as we made it home from the school run, I was frantically jabbing the remote control, trying to load Netflix as quickly as possible. By the end of that first evening, I had two ardent Paw Patrollers on my hands.

“Just wait until they discover the Pup Pup Boogie,” warned my brother, an actor who works as a children’s party entertainer. “Season one, episode four. It’s only about 20 seconds long but you won’t be able to get it out of your head. I once did a party where they just played it on a loop for two hours.” Last week, I found myself singing it under my breath during a shift in a busy newsroom. I need help.

The questions raised by Paw Patrol are many and varied. What the hell are the real police in Adventure Bay doing? Why does Skye have to go last, is it just because she’s a girl? On that subject, was the hastily added Everest just put in there so they could sell more girl-focussed merchandise? Why is Ryder such a control freak? And, most importantly, what kind of politician keeps a chicken as a pet?!

But it has also provided me with a fair few solutions. The boy who was too scared to sleep in his own bed now does so because he has a Chase duvet cover, and potty training is going well since the advent of our Paw Patrol toilet seat and pants.

Best of all, it has encouraged my sons to play together, singing that bloody theme tune on repeat and testing each other’s knowledge. “What’s the blue one called? Chase! What’s the orange one called? Zuma! What’s Alex’s grandpa called? Mr Porter!” It is genuinely lovely to watch the excitement and pure joy on their faces as they shout: “Ready for a ruff-ruff rescue!” And it’s only marginally less cute when you’ve seen it for the hundredth time that day.

So it is that I find myself spending my afternoons on all-fours in the living room barking and shouting, “These paws uphold the laws!” Which, unless your tastes are fairly, well, niche, is probably not what you’d expect of a woman in her late 30s. But I’ll keep doing it for as long as they want, because let’s face it, it won’t last forever. And one day, when they’re into something so achingly cool that they can’t imagine anything worse than sharing it with me, I might just hark back to these days of Marshall, Rubble, Chase and all the rest of them.

I still won’t understand the point of Chickaletta, though.