Confession: I Just Can’t Get Enough of Harry and Meghan’s Wedding 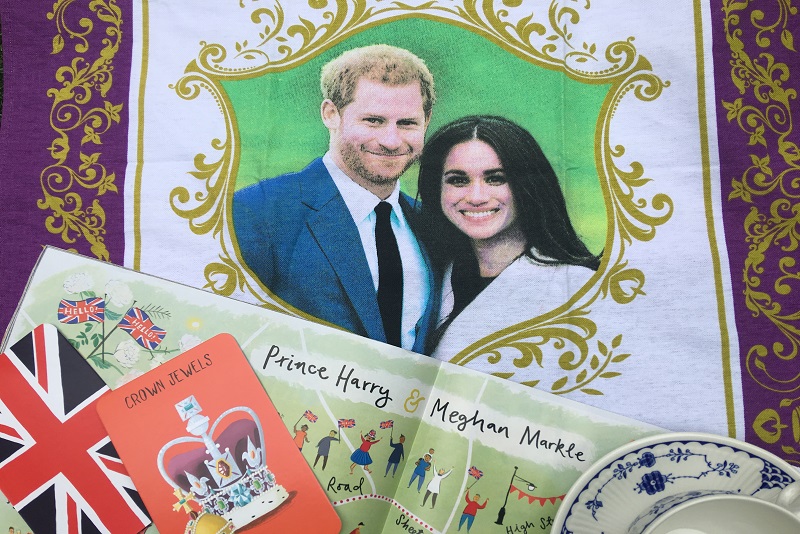 Meghan and Harry. Harry and Meghan. They’re undoubtedly the hottest couple on the planet right now, as the world waits for the moment when they become man and wife at St George’s Chapel.

Tens of thousands of people are expected in Windsor as they try to catch a glimpse of the bride and groom. Hundreds of millions more will be watching on TV. To fans of the couple, this is the stuff fairy tales are made of. On the one hand, it will be steeped in tradition, as Meghan marries into a centuries-old institution, and has to walk over Henry VIII’s tomb en route to join her prince. On the other, this is a very modern affair; Meghan’s mother will accompany her to the chapel, the guests will be served bowl food rather than a sit-down dinner, and the whole thing will be captured on camera by a celebrity fashion photographer.  And then, of course, there’s what is rapidly becoming known as the Thomas Markle debacle.

You might be absolutely sick to the back teeth of reading and hearing about Meghan and Harry, but I for one LOVE a royal wedding. In fact, scratch that, I love royal news full stop.  It’s kind of strange because my fascination with the monarchy doesn’t sit that easily alongside lots of my other beliefs, but I can’t help it. Perhaps we should blame the Sindy Doll complete with Diana-inspired David and Elizabeth Emmanuel outfits Mum bought me when I was four. One of my most vivid childhood memories is of watching Prince Andrew’s wedding to Sarah Ferguson in the summer of 1986.  I was six, and I was absolutely swept away by the romance of it all.

I watched the wedding with my mum, drinking in every detail; the tiara, the flowers, the hats, Fergie’s Lindka Cierach dress, Diana resplendent in blue and black polka-dot. Afterwards, I saved up to buy the “Ladybird Book of the Royal Wedding”, poring over every page. I watched the VHS of the ceremony over and over again until it broke, made my aunt take me to Westminster Abbey so that I might walk in the footsteps of Fergie, and spent a lot of time planning my own nuptials.

And so it is that over the past few months, I have spent hours of my life thinking about Prince Harry’s wedding to Meghan Markle.  Nowadays I’m able to put all that research I’ve done over the years to good use, in my work as a journalist. When the former Suits star walks down the aisle of St George’s Chapel at Windsor Castle to marry her prince, I will be at work in a busy newsroom, covering the event of the year.  It’s something I could only ever have dreamed of when I was a little kid, sitting in the living room turning the sound down on my TV so I could provide my own ceremonial commentary.

Now, I have a useful outlet for my obsession; it’s my job to know every detail about what is likely to happen on the big day, from the carriage ride to the canapés. But, of course, I’m most excited about THE DRESS. We all are, aren’t we? What will Meghan wear? Let’s face it, she could throw on a little something she picked up in a panic closing-time dash around Primarché and she would still look out of this world. Will she go the full meringue, or will it be simple and sleek? We’ll have to wait and see. Will I gasp and get a bit teary and have to pretend to my colleagues that I’ve got something in my eye the moment I see it? Definitely.

Perhaps you couldn’t care less about the wedding, or think it’s all a scandalous waste of money. Or, maybe, like me, you’re just enjoying having something positive to get excited in a world full of depressing news.  For me, it’s a welcome respite from thinking about Donald Trump or *shudder* Brexit.
And then, like all wedding days, it’ll pass in a bit of blur, and once it’s all over the country will go back to normal. I won’t be checking my Kensington Palace Twitter alerts every five minutes.  Perhaps I’ll even wonder what to do with myself for a while. But fear not, there’s another royal wedding later this year. And don’t even get me started on how much I love a royal baby….