I Need Zlatan: One Mum’s Quest For a T-shirt 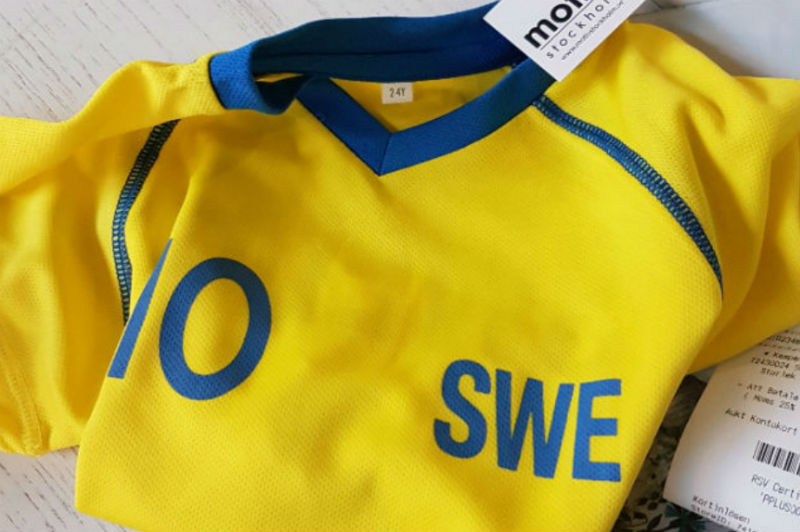 What’s the craziest thing you’ve done to make your child happy? I have a nearly 4 year old and a 10 month old and this week found myself tramping through the snow to make the older one happy.

I work full time and travel fairly regularly for it. No matter where I go, I always bring a present of some description back with me. It’s probably mummy guilt for leaving them. Presents to date have varied from soft American footballs from San Diego, a soft baseball bat and ball from San Francisco, and a chocolate orange from Newcastle (all for the older one).

This week I’ve been to Stockholm and it’s been my first time away since returning to work after maternity leave. At home, we are huge football supporters. I support Preston North End (my home town team), and my husband supports Manchester United (his family team). My oldest son has developed a keen interest in football, and Man Utd is his chosen team, “same as daddy”. His favourite player is Zlatan Ibrahimovic, who happens to be Swedish. When he was told mummy would be visiting Sweden, there was much excitement – “That’s where Zlatan lives!” After explaining I was unlikely to meet him (whilst secretly harbouring hopes of an airport encounter in order to get a photograph), I promised to see what I could do to obtain Zlatan memorabilia.

For those of you who don’t know, and in the words of a fellow hotel guest, “Zlatan is a King in Sweden”. Whilst he no longer plays for the National team, I didn’t think it would be hard to obtain something with Zlatan on. He’s a national hero.

I visited at least five sports shops, a toy shop and some slightly intriguing looking souvenir shops, in an increasingly desperate search for the all-important Zlatan item.

“Do you speak English?” Redundant question as many Scandinavians are incredibly fluent in English. The relief when they nodded though was palpable and followed by “I’m looking for Zlatan memorabilia for my son”. A few shakes of the head in the first couple of shops, nothing doing. I was becoming increasingly concerned this wasn’t going to be as easy as I thought, I was relieved when a young lady said they not only had Swedish National team shirts I could get his name printed on, but Zlatan actually had a range of children’s wear I could browse. I saw the range, including a t-shirt with a picture of Zlatan’s face on. Perfect! Relief followed by horror when I realised the smallest size was aged 7-8. Frantic I searched for a shop assistant – “Is this all you have? I need age 4.” Sadly, it transpires the smallest size the range makes is 7-8. (Zlatan, if you’re reading this, you’re missing a trick!). Never mind, off to look at the national team jerseys. Same problem – smallest size in stock was way too big. And at almost £60, plus an additional £15 to add a name and number, slightly more than a token present.

Hysteria grew, until I was almost shrieking “Zlatan, I need Zlatan” upon entering anywhere that vaguely looked like it might contain some sort of memorabilia or souvenir.  Eventually, with a meeting to attend, I had to admit defeat. It was going to have to be sweets from the airport. Maybe with Zlatan’s name scrawled on in marker pen. Along with a picture I took of him advertising his clothing range.

And then, upon entering the airport to return home, the last desperate stop before returning empty handed – there they were. Glorious knock-off national team shirts, with the number 10 emblazoned on, in the right size for under twenty quid. I grabbed one, and a Sweden vest for the baby and hurriedly made my purchase before someone took it from under me.

And you know what? It was worth it. To see his face when I returned home victorious was worth the aching feet and freezing cold hands from trudging round in the snow. Hopefully the smile was as much to see me, as it was the Zlatan shirt though.

Like this? Share it! You’ll love Wendy’s last blog for The Motherload®, Circling the Drain: Being a New Mum. For the very latest from our writers, visit The Motherload® homepage