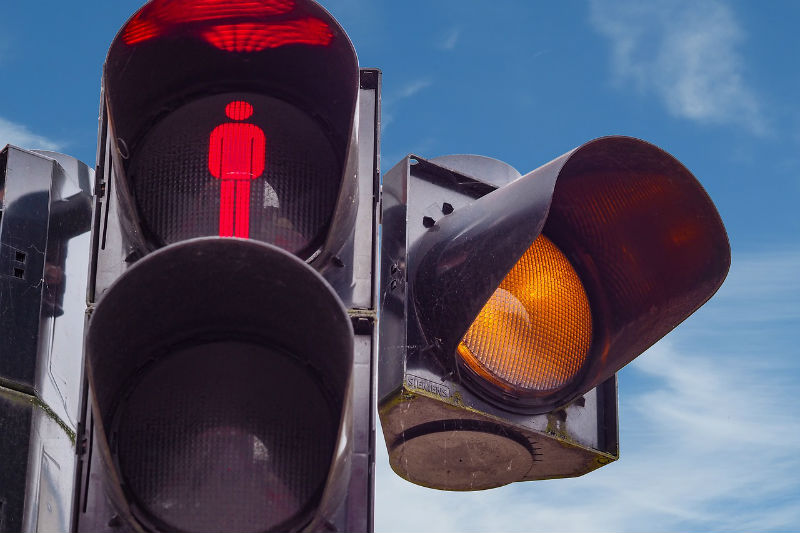 We all know that sometimes my judgement lets me down and I’m not always the most grown-up of parents. Sometimes I have my own little tantrums and react in a way that perhaps is more childish than my two small boys, but there are certain situations I manage to keep a lid on, until they are out of my hands for a few hours.

However, during those few hours, I have noticed that I have started to rebel without even realising it.

For example, normally, due to the flight risk of small boys who can run faster than me, I tend to bark ‘STOP WAIT LOOK STOP’ within fifty-metres of any road. But recently, on more than one occasion,  I’ve caught myself crossing the road without waiting for the green man, instead risking it and trotting across hoping one of my Birkenstock style sandals doesn’t fall off just as a car rounds the corner.

Another way I tend to kick back when the kids aren’t about is swearing. These days I daren’t even type “what a fucking knobber!” to my friend over messenger, because my five-year-old happily recites it back, usually in front of the person I was messaging about. Instead the message often reads “what a ducking aubergine” (with inserted aubergine emoji instead of the actual word. But at home, when the boys are at school, and my egg yolk isn’t quite as runny as I’d hoped, I can get quite explicit!

On a Monday morning, when I’m barking orders from within the fridge, repeating yet again why Coco Pops and chocolate toast will never cross their lips on a school day, I am nobbling the last of the mint Aero Bubbles. Yes, on a Saturday, while they’re at their grandparents I have taken the bag and
a cup of tea back to bed and am most likely Instagraming it for the world to see.

At mealtimes I am a broken record when it comes to knives and forks, manners, not walking around the house with a slice of toast, yet often you will catch me folding a gigantic slice of cold pizza into my mouth while emptying the dishwasher – all while the kids are across the road on a play-date.

Which brings me to think, perhaps I shouldn’t be so surprised when the children try and smuggle the iPads up to their bedrooms at 5am, or when the football rebounds off the back door for the twenty-bloody-fourth time, after all, we all need to let loose don’t we? And at five and eight, it’s not always as easy to work out when it’s appropriate to do so.