On Being a Grown-Up 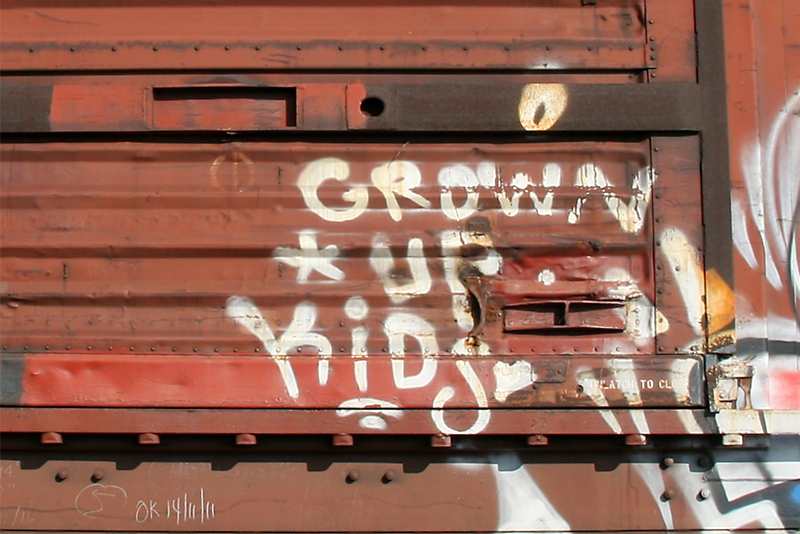 My five-year-old son bellowed at me, and slammed the lounge door behind him leaving me, the grown-up, alone in the bedroom.

I have to say, I thought that the first time one of my children said those words to me I would be devastated, that it would feel like my heart had been torn from my chest. In reality I laughed, a lot.

I suppose part of the reason I was laughing is because I hadn’t been particularly grown-up about the whole situation. He’s rather emotional at the moment, crying (or making himself cry), and I MAY have copied him. So as a result of him shouting “stop copying me” I MAY have replied with “stop copying me” and that’s when he decided he hated me and stormed out of the room.

After I was done laughing, I went to find my little drama prince, and I apologised for copying him, but explained that fake crying every time you are told to brush your teeth really does make mummy cross. My very clever five-year-old then told me that I’d hurt his feelings, and even though I know it’s just a line he uses whenever I tell him off, it still struck a chord far more sharply than the ‘I hate you’. I felt guilty, he’s only five after all, and I’m…well I’m a lot older.

Failing at Being The Grown-Up

But that’s the problem with me when it comes to parenting. I suck at a lot of parts of parenting, (sponsorship forms for school, clean PE kits, crafts – you can find out more here), but that’s fine, these are minor things, but I do fail dismally at being ‘The Grown-Up’. Which is a bit of a pisser really, since that’s my main role in the family.

My gut, in the current climate of wanting to be something more, is that that means I’ve failed. I mean, as the grown-up, when my son tells me his friend Charlie says he doesn’t believe that my boy is actually playing in football matches, I should tell him to ignore Charlie shouldn’t I? I perhaps should not have told my son to tell little Charlie that “he’s just jealous because you’re cool, funny and clever, and Charlie looks like he’s walked into a wall.”**

YES I KNOW THAT’S WRONG. OK. But he hurt my baby, and sometimes you can’t fight your natural instinct, and that’s when I fight my gut feeling and the guilt surrounding me because I gave the boys something for tea I know they’re not particularly fond of, but their behaviour around the supermarket made me want to climb into the freezer cabinets and hide there for 100 years.

Because I’m human. Yes, I know I’m the grown-up, the one who is responsible, but everyone makes mistakes, and I’d rather my mistakes be a bit childish (like having a IS/ISN’T battle about the colour of a sock) than something life threatening.

In fact, if I’m overthinking it as much as I tend to, my childish behaviour could actually be character building.

What do you think, is being a bit childish when your buttons are pushed in the right combination something to feel awful about, or is it just human nature?

**P.S. I did tell my son maybe he shouldn’t say that to Charlie, and I was just joking. You know, after he told me he didn’t think that it was a “good choice”.