I’m Back From Maternity Leave! And Pregnant Again…

The Truth About: Having Kids Less Than A Year Apart
Surviving Two Under Two
Seven Great Reasons to Have a Small Age Gap 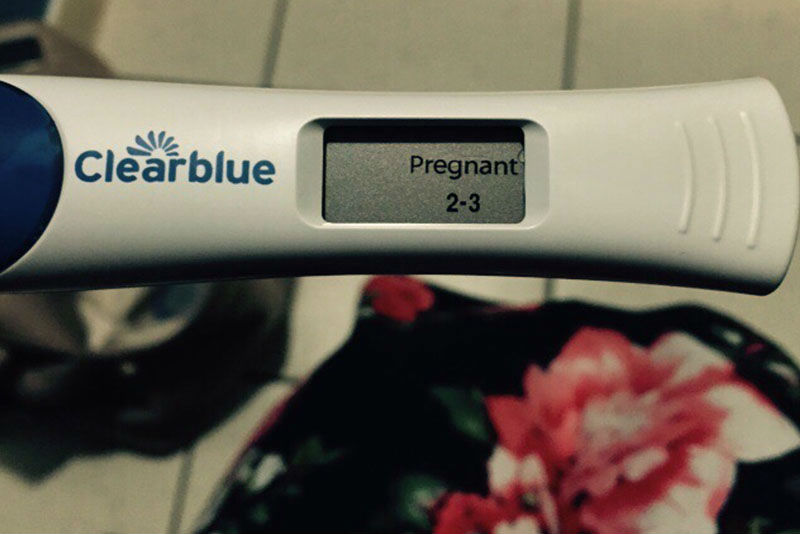 Returning to work after maternity leave was quite a daunting prospect. Not because I couldn’t bear to tear myself away from my child, I was looking forward to eating lunch uninterrupted and having a wander around the shops at lunch time, unencumbered by a pram. More troubling for me was the fact that due to a very poor effort of getting back to my pre-baby weight I could only fit into three of my previous work outfits (one of which was actual maternity wear) but, as I cut my days down to three I figured that would be manageable.

However, at the absolute top of my list of things to stress about in the weeks preceding my return, was telling my boss I was pregnant again. I know, I know. I’m one of those. It wasn’t exactly planned but we both decided that we didn’t want an only child and it would probably be best to get the baby making out of the way early before we got too used to sleep and freedom again. Also, you never know how long these things can take.

So, two months before returning to work, I found myself bulk-buying pregnancy tests and taking a tour of the public conveniences of the city centre as I willed myself to wee. I’m not the only one that does at least six pregnancy tests each time am I? Sure enough, I was knocked up again.

After a couple of evenings in shocked silence, I realised I’d be returning to work 11 weeks pregnant. Having always been someone to take work quite seriously, in between the bubble wrap dress-making, tea-bagminton (a version of badminton played with teabags) and general merriment that comes with working in great teams, my main worry was that people would think I wasn’t bothered about work anymore. That I had become some kind of earth mother who just wants to breed. Now there’s nothing wrong with that of course but I’m more tailored dress than tie-dye, and while CBeebies has a big presence in my life I’m still the same person I was before having a child and keep up with current affairs.

Part of me knows it shouldn’t matter what other people think but I also know the sorts of things they’d likely be thinking, because I used to think them back when I was a judgy non-parent. I’d assume those heading off on maternity leave would be coasting along doing the bare minimum, safe in the knowledge that they are well protected by employment law. I imagined they’d probably be spending most of the working day perusing baby supply websites and daydreaming about being a mummy. Of course this was a massive sweeping generalisation and I’ve since realised probably has no basis in reality. Sorry, former pregnant colleagues.

I managed to get to 15 weeks before I told my boss the news. I was worried I’d suddenly pop out with a giant belly overnight and it’d be really obvious and then super awkward. Of course, when it came to it, she was lovely and my worry was unfounded. But I still can’t help feeling a bit embarrassed, even though I know this is ridiculous and it should be nobody’s concern but mine (and my husband’s) about when I decide to have a baby.

I don’t know about other working mums but I feel like I work even harder now because I feel I need to prove that I’ve still ‘got it’, can make a valuable contribution and am not just sat daydreaming about soft play dates (not that anyone would do this!). Again, this is ridiculous but I think it stems from the perception I have of how society views working mums and probably from the prejudices I used to have before I became one myself.

Like this? Share it, and spread the MOLO love! You can read Leanne’s last blog The Lessons of Motherhood: Every Day’s a School Day and for the latest from The Motherload®, pop over to our homepage.