The Lessons of Motherhood: Every Day’s a School Day 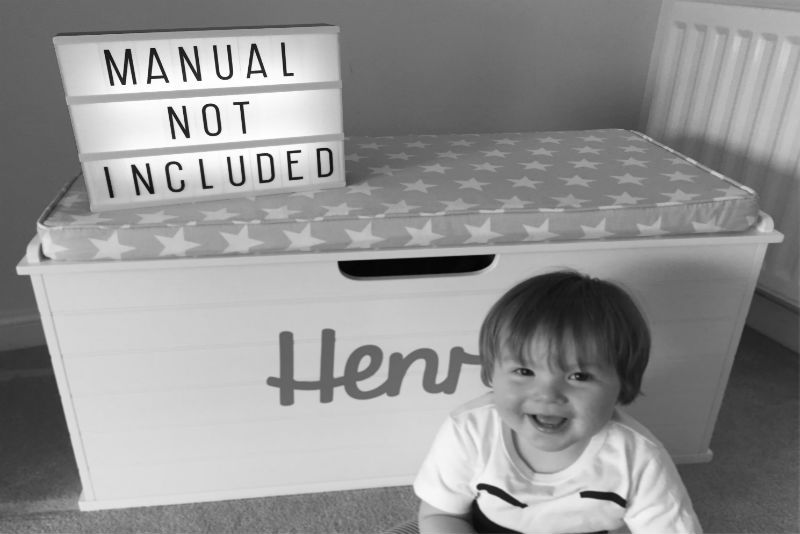 It’s fair to say motherhood is a tough job. You get home from hospital with a tiny human being and no instruction book on what to do. I’m 13 months in and well aware that this is a job where the training is ongoing. But here are six of the 53,759 lessons I’ve already learnt.

Most of those early weeks were spent sitting on the sofa watching Netflix with a baby attached to me. There was no exercise and snacks were necessary, basically anything able to be eaten with one hand. Now there are plenty of healthy things that can be eaten one-handed, carrot sticks, cucumber, bananas. But then there are chocolate hob nobs, chocolate bars, cake, Pringles… you get the point.

Sleep when they sleep…

…is the BIGGEST, FATTEST LIE anyone can ever share about motherhood. Unless you want to turn nocturnal this is not going to work. My baby would take ages to fall asleep and when he did I never knew if it would be for 10 minutes or 45 minutes. Not conducive to relaxing napping. And, as he liked to nap on me, when being driven in the car, or pushed in the pram there weren’t actually many moments that I could’ve fallen asleep. Basically me and sleep parted ways on 8th March 2016. I still think of her fondly.

Moving onto solids can be a passionate topic for some

Whenever there’s a post on a forum from a mum wanting advice on introducing solids there will always be at least one person who comes back with ‘if you spoon feed your baby EVEN ONE MOUTHFUL then you’re not BLW. It’s traditional weaning.’ Jeez get a fucking life. Here’s an idea, let’s just call it ‘feeding your baby any way you want.’ Like most of parenting it’s best to be a bit flexible. Sure, purist baby led weaners probably spend 16 hours a day watching their little cherubs throw food on the floor and smear it around their heads. And another five hours cleaning up the mess. But sometimes there just isn’t enough time to let your baby feed themselves and if you need to get out the door quickly then where’s the harm in spoon-feeding them the odd meal? It’s much quicker and there’s a lot less clean up.

Don’t set your expectations too high

If you didn’t buy organic and prep all meals from scratch before having a baby the chances are you’re not going to start. It doesn’t matter. Of course you want to make sure your baby has the best start in life but there are easy options – pre-chopped veg, ready-made nutritionally balanced toddler meals – it doesn’t have to be turned into an industry.  As for the pureeing and making porridge fingers, I never had the time or inclination to do things like peel a grape before I had a kid so why the heck would I suddenly have time to do this when there’s a little person to look after? Don’t make things harder than they have to be. Believe me your time is so precious and there’s always 5,000 other things you need to achieve in a day. And when in doubt, toast. Always toast.

I didn’t know much about kids before having one but I did know that babies like bright, loud plastic things. Put aside any notions you have of a house filled with scandi-chic wooden toys. Instead buy a tasteful, yet very large, wooden toy chest to hide all the gaudy plastic shit in when the baby is in bed and you have an hour or so to pretend you’re a sophisticated grown-up.

To paraphrase Atticus Finch ‘you never really understand a person until you walk in their skin’. Before I became a parent I was very judgmental. I’d be the first to roll my eyes at a loud disruptive kid or if a child was having a tantrum. Now I know this can happen to any of us, at any time, and sometimes with no warning. It’s difficult to deal with at home but 100 times worse in public when you know people are looking and thinking ‘she has no control over her feral brat’. While it’s awful feeling judged by those who clearly don’t have children, parent on parent judging is even worse in my book.  The majority of us have probably done research and know that a bare cot is a safe cot, breast is best, the baby should not sleep anywhere but in the same room as you for six months… but there are always going to be people that don’t follow the ‘rules’ and do things the way they choose for their own reasons. Live and let live I say. Unless someone is harming or neglecting their child then let them carry on. You’ve got plenty to deal with yourself, no point getting worked up about something someone else is doing.

Like this? Share it, and spread the MOLO love! For more brilliant blogs about motherhood, visit our parenting section and for the latest from The Motherload®, pop over to our homepage.

I’m slave mum to a toddler called Henry. I really like chocolate, Prosecco and sleep. One of these is not a very regular occurrence and is the reason I look like I’ve aged about four years in the past one.