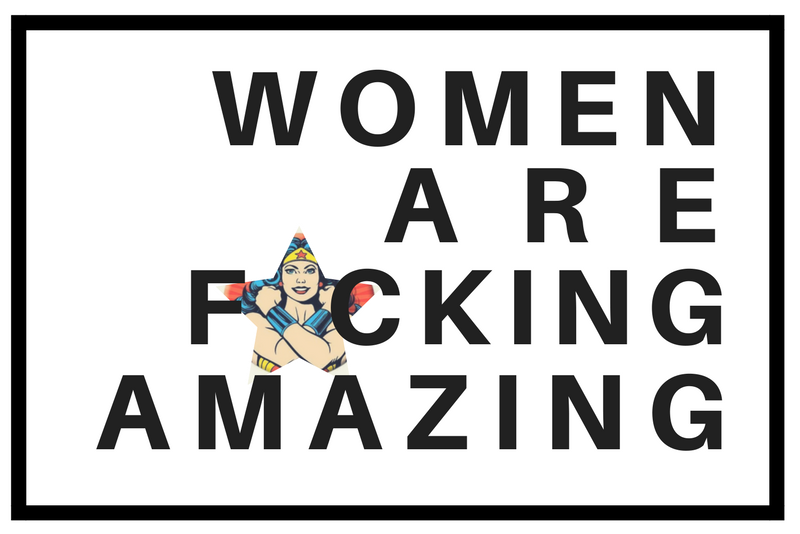 If you read the bloody Daily Fail, or watch terrible b-rated American high school movies, you’d be led to believe that the vast majority of women secretly loathe each other (and themselves) and survive only in cliques that roam together like a pack of hyenas waiting to pounce on a poor unsuspecting victim, Burn Book tucked under their arm and pitchforks in hand.

If you read some parenting websites, you’ll be led to believe that every playground or school gate is a swirling, seething mass of vindictive vipers, waiting to pounce on you at every turn and pitching your children against each other in a silent battle of whose child is better, more accomplished, and more popular. You might have assumed that NCT classes are the work of Medusa, churning out angry, defensive mothers who are anti-formula, anti-prams, anti-sleep routines. If you watch the god-awful Loose Women, you might think it normal to rip a woman apart in public, denounce her choices while holding up your right to an opinion like a mast of fucking superiority and ‘female power’. You’d be forgiven for thinking that women secretly hate each other, and spend their lives in a jealous silent rage with one another.

But here’s the secret: It’s all BULLSHIT.

Because women are fucking amazing.

The secret is, that despite this crap that is consistently spouted about women, the vast majority of us are actually searching for the sisterhood, in one way or another. Whether it’s a work colleague that you seek out who supports you through tough days, or who chats idly to you while you grab a precious few minutes for a coffee; or the woman who meets your eye and smiles at your first baby group; or the woman who whispers to you, “You are doing a great job, Mama” as your darling toddler turns into an asshole in the World Foods section in Tesco. It might be the woman in the club toilet who turns to you as to come out of the loo, and lets you know that you have half of an Andrex factory stuck to your heel; or that woman in your fitness class who shared her mat with you when there weren’t any left.  You might find them through an ex-boyfriend who did the shitty on you both, or perhaps an impromptu ‘girls’ lunch at a house your friend is ‘house-sitting’ which turns into an amazing business partnership. It might be a stranger on the internet who reaches out to you and sends you a thoughtful, surprise gift for your poorly child, because they want you to know that you aren’t alone. It’s most likely that group of brilliant mums who don’t judge you for being the last one in through the school gate every day, and who send round a bottle of Prosecco when you have missed out on a night out because of your poorly child. It might even be 21,000 women on a Facebook group.

We are leaders in the free world. We are business women, at the top of our game. We are the greatest athletes. We are incredible chefs, writers, influencers, broadcasters. We are scientists, tech innovators, policitians, mathematicians, artists. Architects, doctors, surgeons, traders. We are philanthropists, environmentalists. We are carers. We create and influence our environment, and we nurture. We are sisters, mothers, aunts, mothers, wives, partners.

I am incredibly lucky to have a number of ‘tribes’, sisters, friends in my life. I have wonderfully connected women all around me; from best friends of fifteen years-plus to colleagues of a matter of months. All of them are brilliant, witty, intelligent, bright, exciting to be around. All of them make me a better person, teach me something about myself and support me through the highs and lows.

That’s not to say that women can’t hurt each other, judge each other, or make each other feel smaller than small. We can be critical, we can be brutal and fierce and downright hurtful. I am, and have been that woman, and I’ve done those things. I’m not perfect, by any stretch. But after reaching my mid-thirties, I came to realise that we as women are more incredible when we don’t allow the stereotype to perpetuate. We are powerful when we strive to support each other. We are invincible when we don’t default to judgement of each other.

At the core of The Motherload®, is a sisterhood. It’s a sisterhood that doesn’t judge, that advocates choice, opinion, and who offers support to every MOLO, regardless of their experience, knowledge or background. Our growing campaign, #BeMoreMOLO has been borne of out the beautiful acts of kindness that our members conduct every day. It typifies the need to be united, to come together when the going gets tough, and to lift each other and laugh together over the carnage of parenting. And that’s no ordinary thing, when we are talking about 21,000 women coming together to show that the stereotype is dead.

Because: Women. Are. Fucking. Amazing.

Love this? Then share it and spread the MOLO love! Read Kate’s brilliant blog My Tits, My Choice and for the latest from The Motherload®, pop over to our homepage

Founder of The Motherload®. Wife, mum to two girls, two cats and shit loads of washing in baskets that sit around the house waiting to be ironed. It never happens. Hater of exercise, denier of weight gain, lover of wine. Feminist. You can follow me on Twitter