The Life and Times of the Family Sofa 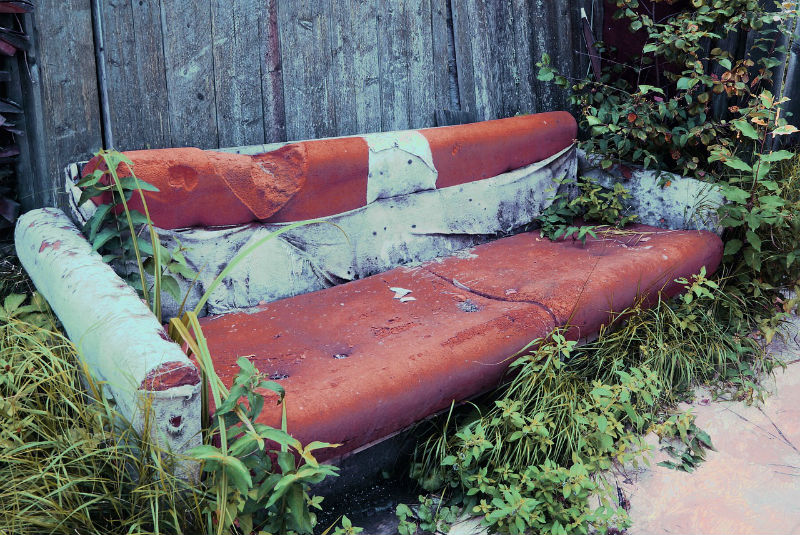 I have, for some time, been trying to persuade my husband that we need to buy a new sofa. The brown leather corner sofa that we have owned for the last nine years is getting decidedly worn and battered. I write this as I sit on said sofa in the large hole my generous rear has imprinted in its leather, and it has got me thinking.

Wow, this sofa has seen some times! It was bought for our first home as a married couple and took pride of place in our new build living room, it saw house-warming parties, X-Box game nights where pizza boxes and bowls of crisps were piled on one end while it’s drunken occupants ruined popular songs on Guitar Hero.

It was the place I sat under a blanket recovering after two ectopic pregnancies trying to come to terms with the fact that we might never become parents and crying relentlessly. It was also the place my husband was sitting when I ran down the stairs positive pregnancy test in hand when we finally got pregnant with our first son Nate.

The sofa was my pregnancy friend and I came to love the corner I sat and laid on through my morning sickness, gestational diabetes, generally being so large it was uncomfortable to move and also needing my feet rubbing by my husband who had to perch on one end as I was so huge, and the cats had to sit by me.

It was the place both my husband Karl and I sat and cradled our little Nate when he arrived, staring at him in absolute awe and wonder. It was where friends and family did the same and delivered him little gifts as a welcome to our beautiful world. It was where Nate and I cuddled up for naps during the day while I was on maternity leave. It was also the thing that Nate used to help him make his transition from crawling to walking by pulling himself up on it and cruising along it while we sat with tears in our eyes.

This sofa is where we sat both in shock and disbelief when we found out I was pregnant again leaving us with only a seventeen month age gap between children when we had already decided we probably wouldn’t have anymore. My favourite spot wasn’t so well frequented in my second pregnancy due to having Nate running around, however the sofa had become something we used to build forts with and to sit on to look at picture books and snuggle on watching In the Night Garden.

The now four-year-old and slightly battered sofa was where Nate would prod and poke his little brother Leo and we would sit as a happy family of four. Karl and I would watch the boys growing and playing together and smile looking at the lovely but ever-so-slightly naughty boys we had made.

It has survived two house moves since and is now in two pieces in our much larger living room and the hole in my favourite spot has got to the point that it’s so bad you almost fall into it when you sit down. It houses many cushions which I love as a design feature but Karl hates as clutter and the boys love as gymnastic apparatus and crash mats.

It is where we sit to help the boys with their reading, homework and to answer the many questions they have about life. The smaller half is where Karl and I have to perch as the boys sit on the larger half on the other side of the room under a blanket watching their favourite programmes, the floor littered with Lego creations and drawings of dinosaurs and tractors.

I almost feel bad for wanting to get rid of it. Who would have thought such an object would be such a massive part of our family?

Like this? You’ll love Lucy’s last blog for The Motherload®, Gentle Parenting: Emotions for Five Year Olds. For the very latest from our writers, visit The Motherload® homepage

My name is Lucy, I am a wife and mother to two gorgeous boys, in my thirties and living in Whitstable, Kent. I feel like I live a number of lives, mum, wife, office dweller, volunteer youth mentor, runner, home maker and wanted to try and write about how I try and juggle all the different elements of my life while trying to keep a smile! My blog is about me and my eternal struggle to do this, I would love it if you would join me and get involved. You might be surprised by what you read!