London Attack: At What Age Do You Let Children Watch the News?

Should I Let My Child Watch the News? 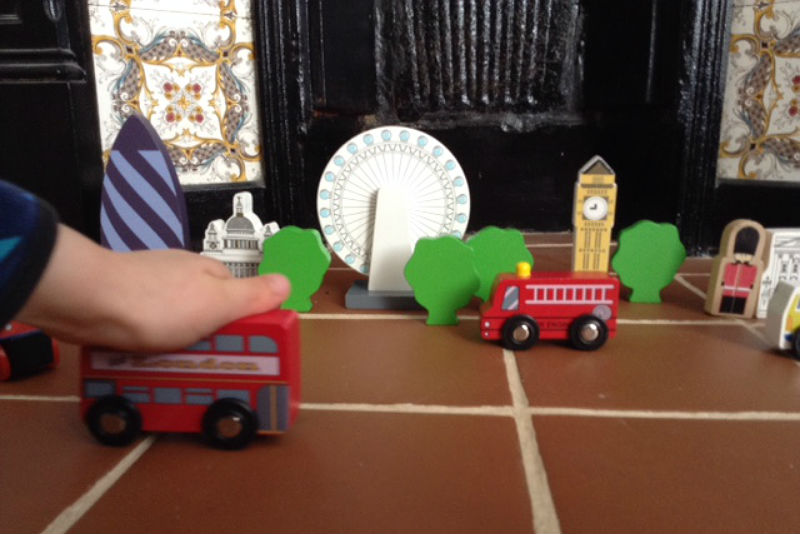 The suspected terrorist attack on London which left three people and their assailant dead and many more injured has made us all feel shocked, appalled and saddened.

After the news broke, many of us, including me, felt the need to turn the news on. To find out what was happening. To try to make sense of it all. To know whether those we loved were in danger. To understand whether a car hitting many so people on Westminster bridge was a deliberate act or a horrible coincidence, happening at almost the same time that a police officer was stabbed within the grounds of the Palace of Westminster, the seat of our democracy.

My children, aged four and two were in the room with me when I turned BBC News on. I did wonder whether the eldest would notice what was happening on the TV – normally the second CBeebies is on, they are both goggling at it –  but they carried on playing and didn’t notice the terrible events unfolding on screen: ambulances, people on stretchers, a car crashed into railings, people helping the wounded; chaos and fear against the picture-perfect backdrop of Big Ben and red buses.

Last night in The Motherload® Facebook community, the discussion naturally turned to the day’s events when Meera posted:

So I’m curious, at what age to people start letting their children watch the news? I have a 5 year old and a 3 year old and Daddy was just starting to explain what has happened in London to my 5 year old, not in great detail at all, but the fact that people were hurt by somebody else was mentioned. Now as much as I want my little ones to grow up knowing about the world, whether good or bad, I really want to keep them little and innocent for as long as possible…feeling a bit torn. What do you MOLOs do in your homes about watching the news?

The discussion which followed was really interesting; some members avoid the news completely, others feel it’s important to be honest with children but to tell them about news events in an age-appropriate way. Some use BBC Newsround and The Week newspaper. Others remembered being exposed to the news when they were children; I remember being terrified by the manhunt for the Yorkshire Ripper at the age of five, but less frightened by major news events such as the Brighton Bombing four years later, and later still the Zebrugge Ferry disaster, Lockerbie and Hillsborough seared themselves forever on my adolescent brain but didn’t seem to frighten or damage me.

So at what age do you let your children watch the news, when there is something as serious as a terrorist attack, or a major disaster? Here’s what our members had to say:

Sapphire: We don’t watch the news. I have severe anxiety and can’t cope with it. Today, upon hearing the news I panicked and struggled to breathe for several minutes. I don’t think children need to know anything. However, at school they often tell them stuff anyway.
Lucy: I’ve sat and watched the whole thing with my 10 year old. We’ve focused on all the amazing people in the background helping and sung the praises of the brave policeman and paramedics.
Sally: It’s so frightening and we just want to protect our children don’t we? My 9 year old gets up every day at 6.30 and puts BBC1 on the TV because he likes to watch the news but sometimes before bed have to tell him not to for the next few days unless I’m in the room with him because I don’t want him watching it on his own.
Emilie: I have a 7 year old, and there’s not much news I don’t allow her to see, though never on her own. We tend to be pretty open about the world and what happens in it, in age appropriate terms, but I like to monitor exactly what she is witnessing. I did turn the news over today, because some of the images being shown were quite distressing.
Catherine: My sons are 2.5 and 4 and I got home from work earlier – I work in London Bridge – so not far from where it happened and it was still on the news. I take them into central London a lot so they recognise bits of London when the news is on. My son is fascinated by negative news, he seems to really want to know what happens to fix problems and he is right behind the emergency services. He says he wants to be a paramedic when he grows up. I show him the bad and the good because that is what life is. I wouldn’t show him anything violent or too upsetting but I feel comfortable exposing him to life and death. There is no hiding from it and I refuse to be afraid.  I also tell him to look at all the people helping.
Emily: I don’t watch the news and wouldn’t let my kids. I don’t tell them any of the things that go on like terror attacks as I remember when I was little my dad used to watch it and tell me about it, I remember feeling very scared and upset about things that really I was too young to understand. I now suffer from a severe anxiety disorder.
Jade: I’m very upfront with my two, 5 and 3. Daddy is a policeman and unfortunately as much as I hope it never happens there could be a day where Daddy gets hurt and I have to explain it to them. For that reason I tell them the truth about what happens and the risks with his job. Today he was at work so we watched the news when they got home from school. I told them a bad man had hurt other people and stabbed a man but everyone was safe now as the police had shot him. Now this may come across as very graphic for such a young age. However I have always been honest and blunt with them and because of that there response was ‘ I’m glad the police have stopped him now’ and carried on playing. It would be lovely to wrap them up in cotton wool but some days Dad comes home with cuts and scratches from work incidents and I’m not going to lie to them about how it happened.
What age did you let your children watch the news? And how much do you tell them when a major news event happens close to home? You can log in to leave your comment or join the discussion on Facebook or Twitter.
You can read more articles from the Motherload Facebook group in our MOLO Community section, and for the latest brilliant blogs from our writers, pop over to The Motherload® homepage