My Meds and Me: Letting Go of the Worry 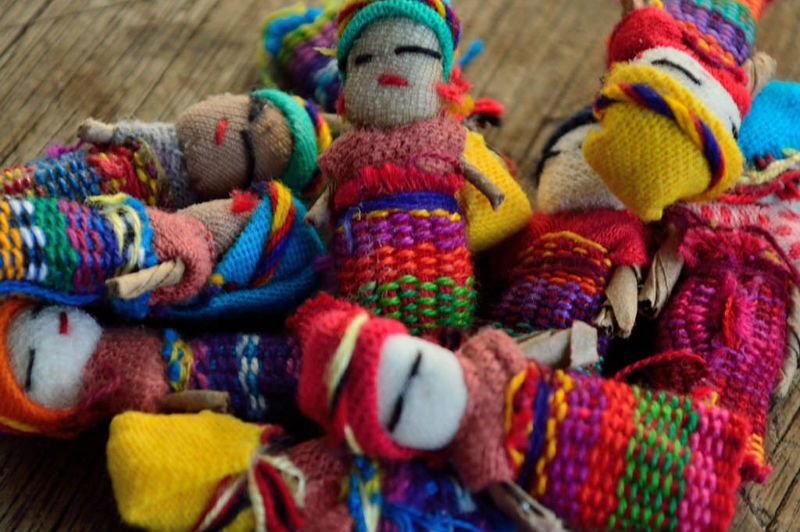 I’m Ren, I worry, shitloads. About everything.

I worry someone’s going to tell me I’m shit at my job.

I’m worried my friends might cut me out or that new people I meet don’t like me.

I’m worried my boyfriend will leave me. If he does stick around and we want a family, I worry we’ll have a problem conceiving.

I’m worried about money and my life is a series of ‘What ifs’.

I have worried, on varying levels, since childhood. I had worry dolls that I would tell all my concerns to each night, asking that no one I loved die overnight, that we didn’t go to war (Saddam Hussein was all anyone was talking about). These dolls did nothing to allay the fears, it just became something else I then had to do because if I suddenly stopped something was bound to happen.

I never thought anything of this fretting really, all these concerns. It was just ‘who I was’ and as I reached adulthood and there was more to fret over I just put it down to the normality of growing up and increased responsibility. It wasn’t until I got with my other half, who is beyond chill, when it dawned on me ‘oh, maybe this isn’t normal’. I say it dawned on me, I actually had it pointed out in no uncertain terms.

My paranoia and worry reached a point where I had to address it and fix it, or we weren’t going to last much longer. I was at risk of sabotaging my own happiness.

I bit the bullet and went to the doctor where I promptly burst into tears and announced ‘I can’t stop worrying!!!’ I also remember saying ‘But I absolutely don’t want any tablets!’

The first was because I had very misinformed ideas of what this ‘medication’ would do. I worried (obviously!) that I would become numb. I would no longer feel anxious but what if I didn’t laugh or love?  What if I just felt nothing?

The second reason was because there was, in my mind, a stigma of being on anti-depressants.

My issue isn’t depression but worry, mass anxiety. I’m sure you’ve cottoned onto that by now. So surely anti-depressants weren’t right? Another misinformed idea.

Not wanting to take medication I was referred for alternative therapy. Well, after a bash at cognitive behavioural therapy I went back to the GP. I explained that everything the therapist said made perfect sense but not IN THE MOMENT. When something triggered my worry it was then too late to ‘step back’, and ‘think of a time I’d been in a similar situation and remember it all working out okay’. I just couldn’t. I could do it about three days later but that was no use. So I admitted defeat and said I may need some other help.

The first thing my GP did was advise me this was in no way a defeat, this was fixing a problem. A physiological and not just mental problem. The best way she explained this to me was that everyone has the ‘fight or flight response’ in them but for some people, like me, that response is triggered really quickly by seemingly innocuous things. It’s caused by a spike in adrenaline, so if you have high levels of adrenaline then small thing will have you responding with panic and deciding whether to fight or flee when you maybe don’t need to do either!

This explained why CBT didn’t work for me. Retrospectively I could always assess my situation – I’m not stupid – but I just couldn’t when I was IN it because I’d already hit panic-mode. The tablets slow that process and allow you the break to do your assessing before you reach panic and worry.

After taking them for even a short time, it was like I was a brand-new person. I had room to think, time before the sweats kicked in, IF they did, to actually decide whether something was worth my worry. And more often than not it wasn’t! Worry is a wasted energy but I couldn’t help it on my own.

After years of thinking it was normal, and then fighting the idea of medication I am now almost cross that I didn’t accept this help much earlier.

Let’s look at it another way.

If you have a heart attack, you’re told to rest up and recuperate and take all the drugs prescribed to you.

You have a mental breakdown and it’s the same. Or at least, it SHOULD be. You need to fix your brain in the same way you’d fix your heart but for some reason people still don’t get that.

The stigma sucks! But it’s very real; I know because I felt the same.

With doctor’s advice, and I can’t stress that enough, I stayed on my tablets when I became pregnant and what a different pregnancy I would have had if I hadn’t. After one miscarriage I already had the fear at each scan, but with the tablets it felt like a manageable level of fear. Not all-consuming. Not crushing.

And what a different mum I’d be. I have a very happy, very chilled little boy and I feel that’s partly down to how I am now.

Removing this stigma about mental health and about medication, it begins with number one. It’s not just sharing an obscure Facebook post or recognising one awareness week a year.

I have been open about my anxiety with people when it’s come up in conversation, and now it’s truly out there.

I urge anyone feeling the same, anyone who is suffering and who is afraid or misinformed about the various treatment methods to go to your GP, be open about how you are feeling. Confide in a friend. I have noticed that the more you talk the more you discover that everyone has a story to share. So, don’t worry!

So, my name is Ren. I used to worry, I might worry again but right now, I’m okay.

Love this? Then why not give it a share and spread the MOLO love? You can read another blog about anxiety here – and for the latest from The Motherload®, head to our homepage.

Got into my 30s and got myself a fella, a dog and a little baby boy. Southerner living in and loving the North. My work is marketing, my passion is good grub with better people!