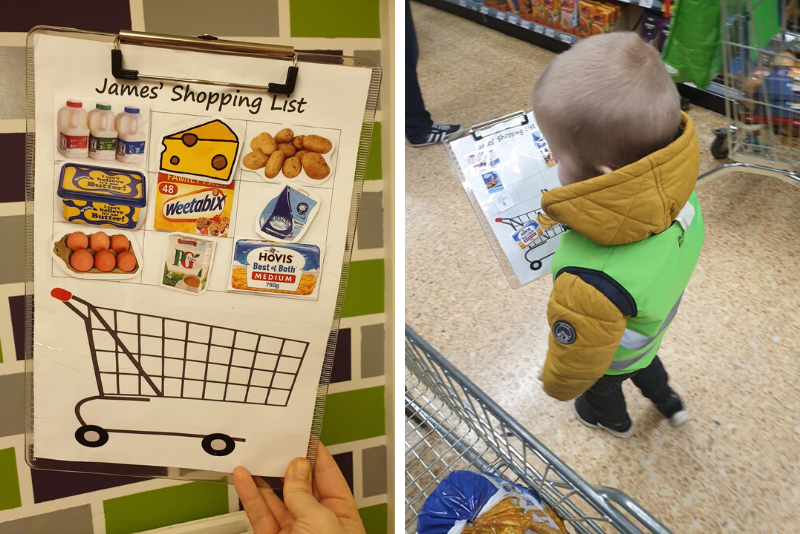 We all know that the supermarket is one of – if not THE – parenting circles of hell, right? You’re rushing around trying to get what you need while stopping your child from grabbing everything from the shelves, eating random stuff and worst of all – planking on the floor when they don’t get what they want, while you are exposed to the judgemental glances of other shoppers who presume you have no control over your child. Been there? Yep, we have too.

So we actually cheered out loud when we saw Amanda Warburton’s AMAZING hack in The Motherload® Facebook group, telling members how her son’s behaviour in the supermarket had been transformed by a hi-vis jacket and a laminated shopping list…

My little dude is usually a royal pain in the butt when we go shopping, running off, shouting, just generally faffing about. So now I’ve made him the “Shopping Officer” after nursery told me that he enjoys being the Safety Officer there. He was good as gold with his little hi-vis and clipboard #parentingwin! 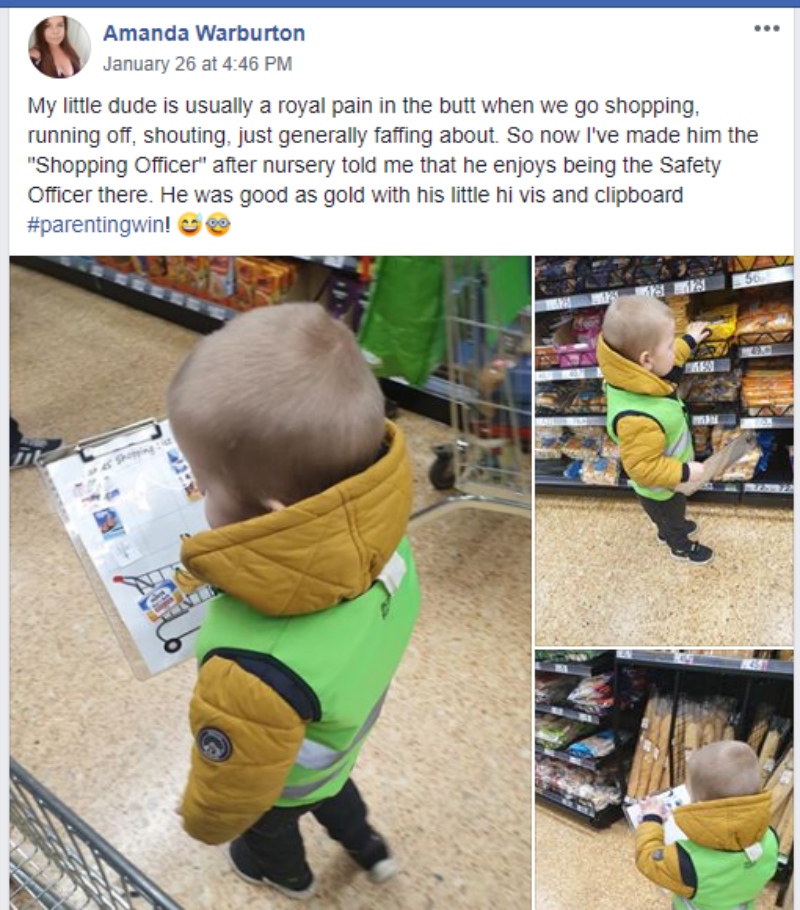 Oh. Em. Gee. How amazing is that? The MOLOs loved it, with over 2k reactions to Amanda’s GENIUS idea and over a hundred comments. Loads of mums said they were going to try it too and Amanda explained how she made James’ list:

For anyone who wants to use my (now famous) little idea, this is the list I made, pictures just off google, laminated and blu-tack on the back so he can move them to the trolley once we’ve got them. 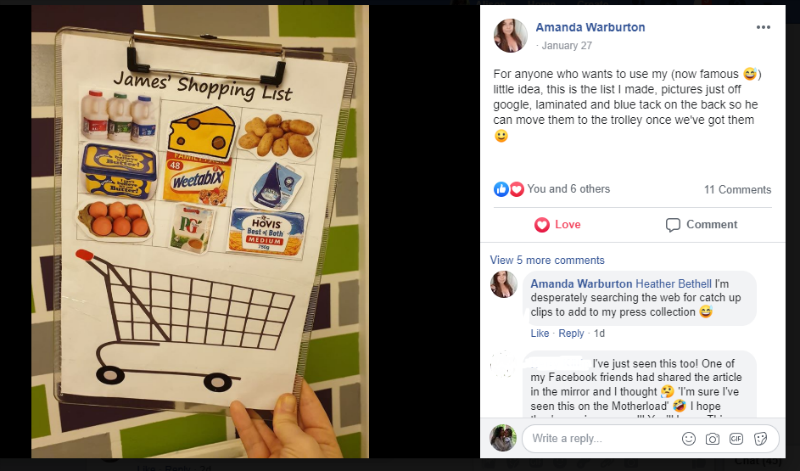 Amanda’s brilliant MOLO hack was picked up by the media, hopefully helping other weary parents in the UK and beyond make supermarket meltdowns a thing of the past! You can read more in The Sun, Metro and The Mirror – the Shopping Officer hack has even been reported in Australia, Bosnia, Portugal and Spain. Go Amanda!!

Please note: The Motherload®® Facebook group is a closed community where we share the highs and lows of parenting, and any journalists wishing to report on posts in the group are required to contact us first for permission and we will liaise with the member concerned. Action will be taken against publication of members’ images and stories taken without permission.