Motherhood: It’s Such a Headache, Isn’t It? 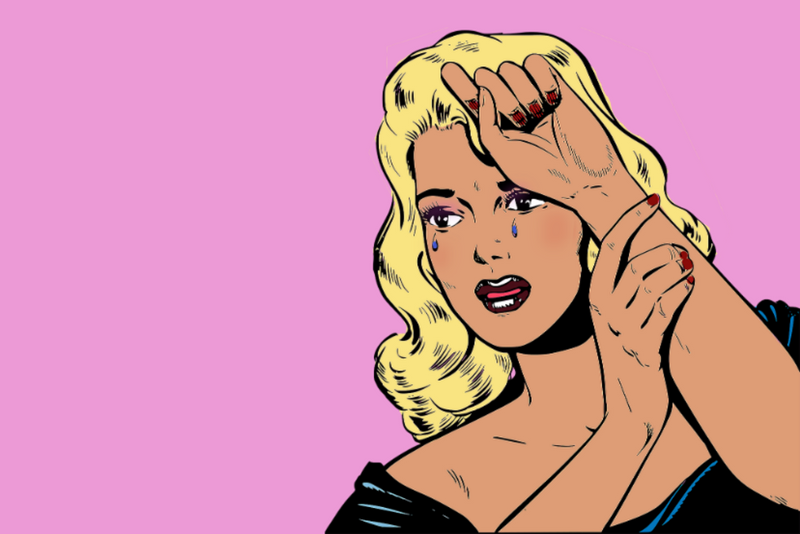 “So, you’ve been having a few headaches, have they got worse since you had children?”

The GP peered over the top of her glasses, as I fought back tears. A few headaches? How could I begin to explain the searing pain, being poleaxed for days, on top of the fug of exhaustion from having two kids to care for. And that was before I got on to the vomiting. Once I started, I couldn’t stop and it could go on for six, eight, twelve hours, while the chaos of family life went on all around me and I stumbled through it, like some extra from a zombie movie, with flecks of puke in my hair.

I’d always had a tendency to get bad headaches now and again before I had kids but after childbirth… oh, lordy, how I dreaded the arrival of my period because that brought a new and bloodier terror than before, the menstrual migraine ( also known as, ***k me, I cannot go on with this pain, barf, barf, barf).

My mouth had gone dry, just trying to explain it to her, but I couldn’t quite get the words out. Some how I did, in between sobs and pathetic handwringing. I felt so stupid being unable to cope.

“Well, a lot of women find motherhood a bit of a headache. Have you tried over the counter remedies?” she said, briskly.

Until that point, I had I seriously considered asking her for some kind of chemical cosh, but this was clearly not going to wash.

“You must try to rest when you get your period.”

Inside, I was rolling on the floor weeping. In the consulting room I merely twiddled my thumbs a bit. She turned and started to tap away at her computer keyboard. My time was up. I said, politely: “What a good idea! I’ll try, thanks…”

Perhaps I was just unlucky with this particular GP, because I know many doctors are brilliant at helping women with menstrual migraine, but I struggled for years to get the help I needed. It wasn’t until I finally went to see The National Migraine Centre – a charity run by NHS doctors with a specialist interest in migraine  – that I realised that something could be done and being floored for days wasn’t just a part of the whole motherhood thing.  I chose to try the Mirena contraceptive coil, which had an impact on my periods, making them a lot lighter, which seemed to lessen the symptoms, although that brought with it unwanted side effects, such as hair loss in my case.

I kept a diary for six months to pinpoint the most likely days for migraines around my period. I learned about the importance of my blood sugar and eating before bed and first thing in the morning, especially if I had the early warning signs of a migraine, which for me were nausea and neck pains.

The trust wrote to my GP and I finally got some serious prescription painkillers, as well as drugs called triptans, which produce serotonin, which reduce inflammation during an attack, lessening the symptoms. They were a godsend. I got anti-nausea pills too. This is what helped me  – but there are lots of other treatment options.

But none of that reduced the sense of failure and fear I felt at “letting my family down”. My kids are older now, which has made it easier because they understand if I say “I’m getting a migraine”, but I still feel ashamed on some level that I have been unable to look after them at times.

Migraines can be very scary and very isolating. One thing I would say is don’t be afraid to seek help MOLOs, and if your GP can’t help, you can ask for a second opinion or try The National Migraine Centre or The Migraine Trust