To My Strong-Willed Daughter, Never Change
We Need To Talk About: Living With Breast Cancer
The Antenatal Class: Welcome to Parenting 101 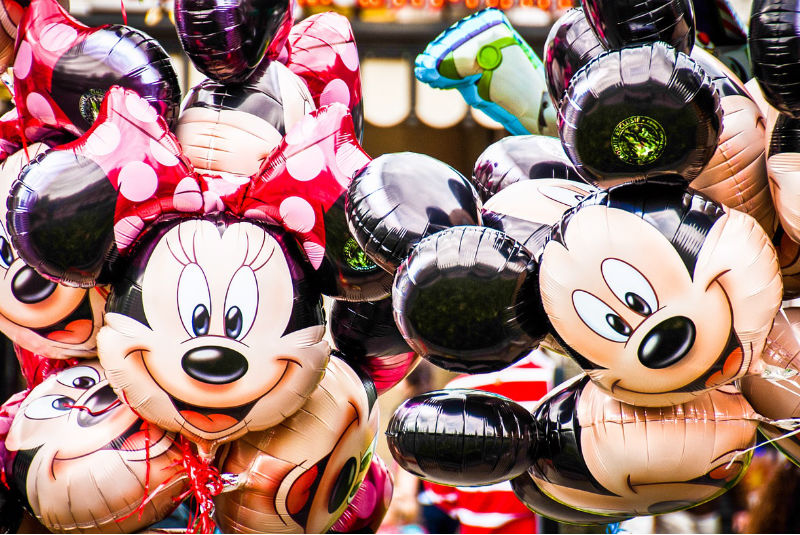 ‘Why don’t you give Elsa a balloon? She’ll let it go.’ And just like a metaphoric lead-balloon, that joke falls to the ground. And that pretty much sums up what I think of Disney-crap.

“I hate Disney”. A statement that I have made countless times throughout my life. But I don’t know that it is true any more. I don’t know that if – as a mum – you can actually hate Disney or whether the sickeningly happy almost nauseating ambience sucks you in and takes over your scepticism, leaving in its place a more muted indifference instead. Like with all things when you become a mum, very often your ideals and principles change and morph in time.

I hate the tacky costumes that leave a trail of glitter in their path and a rash on my child from the cheap fabric. But my daughter loves them, and I love seeing her happy. I hate the over-priced merchandise which I would never personally buy but we receive them as gifts and they are some of her most played-with toys. They are, by and large, harmless, apart from the sodding singing Elsa that goes off with any slight itty-bitty movement and has no off button. Whoever designed that toy needs to be shot.

I had the beauty of an almost entirely Disney-free childhood. Imagine the gasps of shock I got when telling my friends and in later life my partner, that I had in fact never seen Hercules, Mulan or Sleeping Beauty. Instead I went outside and played in the mud. Which I admit is almost entirely another problem with the modern childhood.

As a feminist, I hate the way that the traditional Disney themes are very much the boring, sweet, dainty, tiny beautiful damsel (who looks like she’s wearing a waist trainer a la Kardashian) in distress who needs a Prince to save her. She can incidentally, always sing beautifully with little woodland creatures coming out of everywhere to assist with the chores that she should be getting on with as her biology dictates, being a women. She is also likely to be a total drip, who has never seen a dick, sworn or drunk gin in her life. I’d love to see a modern adaptation of Snow White waking up in a house with seven strange men. It sounds like a tale of a crazy Saturday night where the story ends ‘I don’t remember a thing so it must have been a good night’.

But Disney seems to be changing and evolving to suit modern times. The ‘true love’ aspect being shifted from just Prince and Princess to the love between two sisters in Frozen. Although we are yet to have same sex romantic leads, I am hoping that will change in time. Back to Frozen and the singing; I worry about my sanity every time I hear ‘Let It Go’, I panic and head for the gin cabinet. There are only so many times a mother can be subjected to it before she certifiably loses her mind.

Thank goodness Disney has recognised the need for kick-ass female leads who can be in the presence of a man for the duration of 90 minute film without going doughy eyed and falling in love, in Brave and Moana the girl manages to do this and her bravery saves the day (Hurrah!! There are probably balding 50-something misogynistic white men falling over in shock that this happened and the world didn’t end).

I could be a cynical old shrew and poke holes in almost all of the Disney films. Even in the very popular Tangled, one of my daughters favourites with the catchy songs and the beautiful hair (her evil stepmother is very lucky that she never went to school so didn’t come home with the dreaded Nit letter. Every cloud and all that). However the irony that her weapon is a frying pan is not lost on me. I mean, she has been stuck in a tower for her whole life, so obviously as a woman the only hobbies she partakes in are needlework, painting and baking. All setting her up for the inevitable marriage that we know is on the horizon.

So the unavoidable truth is that although Disney is infecting my life, no matter how hard I try to avoid it. I can cope. I can cope with the small amounts of Disney that is inevitable when raising girls. And I can do this because I love my daughters, and their excited faces when they play with their toys. And in fact, I will raise a G&T to the new sappy Cinders for keeping my four year old engrossed whilst I Instagram-procrastinate my way through an afternoon without having to do crafts or actual parenting.

Like this? You can read more brilliant Motherload blogs about parenting here. For the very latest from our writers, visit The Motherload® homepage

A normal mum living a chaotic, gin infused life with my two daughters, lovely Fiancé and our two sausages. Spending my life standing on My Little Ponies and Shopkins. Instagram and scented candle-obsessed. Occasional hippy and serious shopaholic. Passionate about politics and lipstick.

Hello I am Rowan. A normal mum living a chaotic, gin infused life in Oxfordshire with my two daughters, lovely Fiancé and our two sausages. Spending my life standing on My Little Ponies and Shopkins. Instagram and scented candle obsessed. Occasional hippy and serious shopaholic. Passionate about politics and lipstick.