My Problem with Princesses 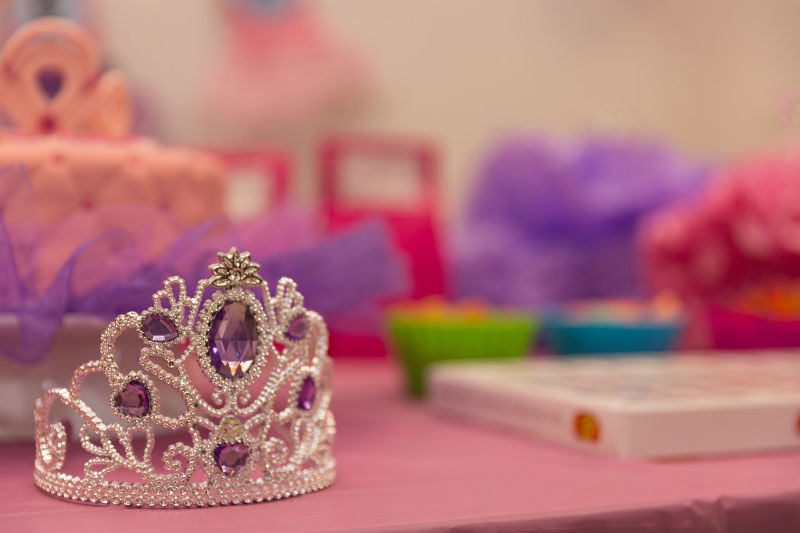 I completely understand why so many parents refer to their little girls as Princesses. They adore their girls and believe that they should be treated like royalty. Maybe in their home, Dad is King, mum is Queen and so forth. But the phrase has never sat well with me.

‘My little Princess’ brings to mind images of a young girl in her parents castle, not working or in school, being waited on by servants whilst waiting for a Prince to marry. This to me isn’t a great term of endearment but a patronising label.

“But my little girl loves Princesses!” I hear you cry. Of course she does.

Our young girls are being bombarded by this imagery from every outlet. Every Disney leading lady is a Princess, the majority of female characters on Nick Jr are Princesses, even Peppa Pig is available as Princess Peppa with a bloody castle and Dragon  (George is a knight of course). If you want to get a fancy dress outfit for your girl, it’ll probably be a princess. If you’re going to a girl’s 7th birthday party? It’ll probably be Princess-themed.

All on-screen role models for our daughters are essentially saying ‘Be sweet, be pretty, marry, don’t worry about actual work and keep that waist tiny!’

Over the summer holidays I noticed the amount of family days out that were ‘superheroes and princesses’ themed because little girls are princesses and boys are heroes.

Almost all male superoheroes (Batman, Spider-Man, Ironman) are degree educated with jobs and/or companies and are unmarried because a wife would have no impact on their awesomeness. The male superheroes who are not educated are in fact aliens.

My three year old girl has so far had a natural rejection to anything girly. She’s never shown an interest in dolls, has cried when I’ve tried to put her in a dress and will only watch films involving dinosaurs or robots. Recently in a soft play activity the kids were getting their faces painted. The girls were mostly getting butterflies and the boys pirates.

When it was my eldest daughter’s turn she asked for a skeleton… and luckily the painter was able to oblige. Whilst waiting I heard a girl ask her mum what a skeleton was. Her mother asked why and the child pointed (with mild fear) at my daughter while her mother gave a lovely disapproving glare.

I’m ashamed to say that I felt a pang of embarrassment – why couldn’t my child be like the others? It lasted about five seconds as whilst walking out my husband said “I’m so proud of her, she always does her own thing”.

The best thing I can do for my girls is to be an example. Work hard at everything I do, support them in their choices and do my own thing without fear of judgement.

Now that my oldest has started school, I’m fully aware that the Princess brigade (parties, dolls, films) will be in full force and whereas I’ll never prevent her from joining in I’ll be drawing the line at ever calling her my Princess.

Like this? Share it, and spread the MOLO love. You can read Catherine’s last MOLO blog We Need to Talk About: Parenting Without Your Parent, pop over to our homepage.

I’m a sleep deprived mum of 2 from Wales who runs on coffee and cake which we bake pretty much daily. Our recipes and parenting chatter journey is documented on Instagram and, there’s more on my blog.

Worn out Welshie with two small children in tow. Often seen at soft play wearing odd socks and drinking a large Americano. If seen approach with caution and/or gin. Compulsive baker and recipe blogger at baking-with-kids.com and via Instagram @baking_with_kids