We Need to Talk About: Cluster Feeding 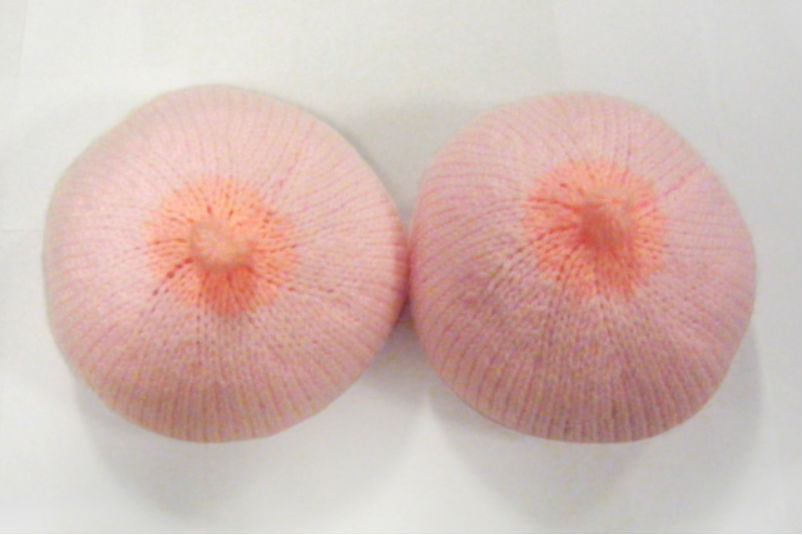 I was one of those foolishly naïve people who always assumed that breastfeeding would be incredibly simple. You just whopped your boob out and put it in your baby’s mouth. Sorted. All these people who talked about how hard it can be were just making it up, right? It was totally going to be fine. Then I had a baby. And then that baby started cluster feeding.

Obviously, given my incredible arrogance, cluster feeding was not something I hadn’t heard of pre-pregnancy. Even when an NCT friend said something about it after her son was born, I barely registered it as a thing. After all, I’d been to two breastfeeding classes, and neither of them had even mentioned it. There had to be a reason for that, and, my pre-baby brain decided, that reason must be that it was totally insignificant.

My post-baby brain thinks there’s another reason altogether. But we’ll get to that.

Because cluster feeding was the very hardest thing I experienced as a new mother. It sounds innocuous enough – a baby feeding a lot in a short space of time – but it’s not. Oh, it’s really, really not. The reality of being trapped under a baby who’s into their sixth hour of non-stop feeding isn’t just one of physical exhaustion, destroyed nipples, and a desperate need to pee. It’s mental torture.

When you’ve got a tiny baby that’s still sucking at a boob that you’re convinced must have dried up hours ago, a very nasty thought enters your brain. You must not have enough milk. This baby must be desperately hungry. Your boobs must be broken, and the whole breastfeeding relationship must be broken, and you’re doing terrible, terrible harm by continuing to try to feed them.

What I know now, and only found out because I went to a support group and wept on a very kindly breastfeeding counsellor who explained cluster feeding to me while I sobbed into a cup of tea, is that cluster feeding is normal, and nine times out of ten, you’re not doing any harm. Your baby isn’t horrifically hungry. Your boobs aren’t broken. In fact, so long as your baby is producing plenty of wet and dirty nappies and is gaining weight, everything’s going just as it’s meant to.

Cluster feeding, it turns out, isn’t designed to break new mothers, or to signal some terrible catastrophe that’s about to occur. It’s just a baby’s way of getting your milk supply right where they want it. As the lovely breastfeeding woman explained to me, the whole thing works on a supply and demand basis. And so, when babies know they’re going to need some extra milk – because they’ve got a growth spurt coming up, say – they feed like mad to make sure you produce more milk for them.

And yet nobody had warned me about it. No midwife, no NCT teacher, none of the professionals I spoke to in the five days I was in hospital after having my son. Nothing. Had I not been to that breastfeeding support group, I would’ve panicked and given my son formula to “top him up” – thereby completely bollocksing up the whole supply and demand relationship, and making sure I actually wasn’t going to make enough milk. That’s absolutely fine for someone who wants to combi feed, but I didn’t – after a bastard of a pregnancy, a traumatic birth, and a massive tongue tie, I was determined to make breastfeeding work for me. And the silence around cluster feeding nearly ruined that plan.

Because, I’m now convinced, they don’t fail to tell you about cluster feeding in breastfeeding classes because it’s rare. Pretty much every mother I know has been through it, so either I know some women with crazy mad boobs and babies, or it’s totally normal (and I’m fairly certain it’s the latter.)

I think they don’t tell you because it sounds like absolute bloody hell. And it is.

But it’s a hell that passes. At eight weeks, my son just suddenly stopped. It was like he woke up one day and decided he was happy with this milk now, and he wasn’t going to torture me any more. Now, just past his first birthday, he feeds four times a day. That’s it. It’s a reality I never thought possible back in the cluster feeding days.

So if you’re trying to make it through cluster feeding, know this: you need cake. You need Netflix. You need a giant water bottle and a great big thermos. At times you may feel like you need an adult nappy. But most of all, you need to know that what you’re going through is totally, totally normal.

Like this? Share it, and spread the MOLO love! You can read Jacki’s brilliant blog The Mum Cliches I Swore I’d Never Do or for the latest from The Motherload®, head to our homepage

Image credit: My Mummy Does