The “Mum Cliches” I Swore I’d Never do… 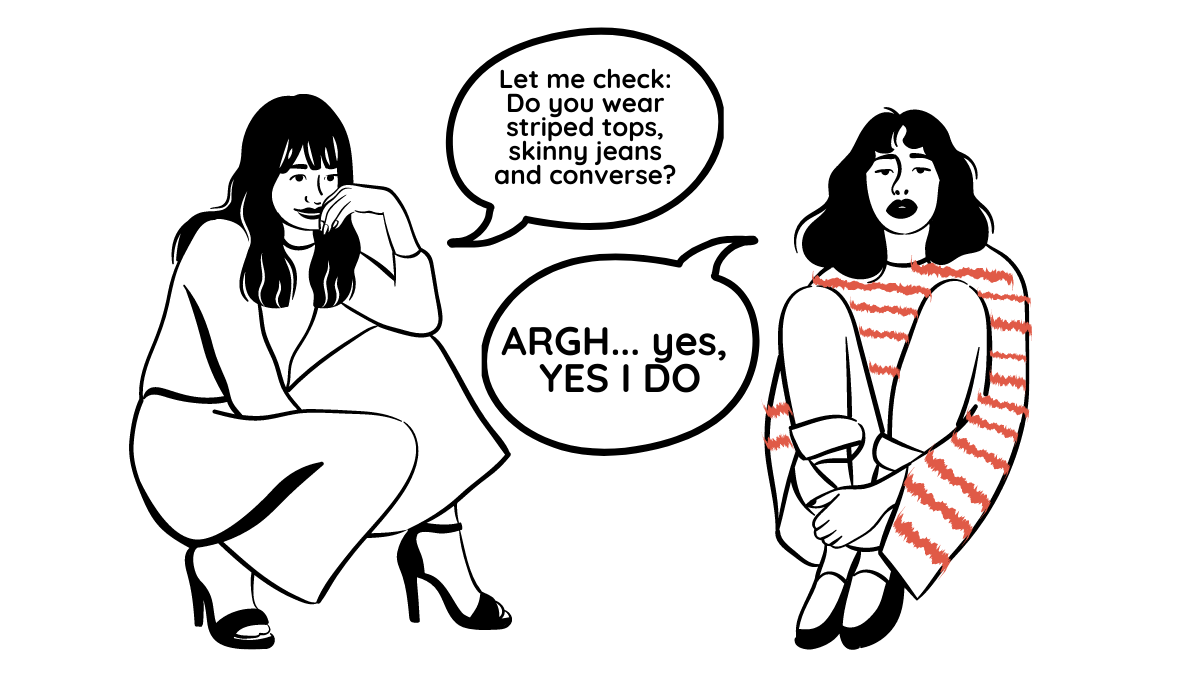 Before I had my son, there were a few new mum cliches I was determined to avoid for no apparent reason, other than the weird sense of superiority that non-parents can have about parents. Of course, I have since done every single one of the things I swore I’d never do, and a few more that it never even occurred to me that I might do. And for most of them, I didn’t even last that long. I swore I’d never…

1. Wander around with my boobs unclipped

I don’t think I even made it past the 24 hour mark with this one. In my defence, I was still in hospital and off my face on Oramorph at the time, so I think that early defeat can be forgiven. The 2-6 times a day that I’ve done it in the seven months since my son was born, however – not so much. In fact, whilst writing this I thought I should check that all was present and correct in the mammary area, and alas, righty was making a bid for freedom. I fear this one will only be resolved when I return to non-nursing bras.

This one lasted about two weeks, and that was only because I couldn’t get my crap together enough to order any trousers before then. Again, the initial trousers fail was forgivable – an emergency c-section had left me incapable of wearing anything but my husband’s actual pyjamas. But I soon realised the great joy of a loose, printed cotton trouser – especially when scrabbling about on the floor at a boiling hot baby sensory session. I now have about seven pairs, with my favourites featuring a giraffe print. GIRAFFES! Who knew safari prints were for mum as well as baby?

This one lasted until about three months  – but only because up until that point it was safe to assume that any stench would be the result of a newborn poo, rather than a big boy fart. I still feel a clang of shame when doing this one in public, but then I think about how much of a faff it is to take my son to the toilets, wrestle him onto the change table and strip him off only to discover that it was phantom crap after all. Strangely, there’s nothing more disheartening than a phantom crap.

4. Call someone “[baby]’s mum” instead of their actual name

I really, really didn’t want to do this one. I really didn’t. But after about eight weeks of meeting endless mothers and babies at classes and parenting groups and in the street and at the baby clinic and mainlining caffeine in the local coffee shops, I had to admit defeat. It simply isn’t possible to get so little sleep and remember that many names, but it still does make you feel a bit like a terrible human when you go to exchange numbers and have to confess your moniker-ignorance. Sorry, Ted’s mum.

Four weeks in, when I wasn’t able to drive yet and so was still reliant on buses to get around, my son was sick on me just as I was putting him in his pram. He took out my whole outfit – top, skirt, and tights. The bus I needed came every half hour, and if I stopped to change I’d have to wait for the next one. So I made a call. I put him down in his pram and I walked to the bus. I’ve been a little bit covered in vomit every day since.

6. Poke my boobs in public to work out which side to feed on.

This one lasted until my son’s decision to drop his 11pm feed when he was about four months old left me engorged and uncomfortable and able to tell with one swift fondle which boob he needed next. Until that point I’d been reliant on my feeding app to tell me, and the pain and leakage was briefly offset by the joy of not needing to faff with that any more. Then, of course, my supply regulated itself and I went back to the app. Until about two weeks ago, when my son inexplicably went back to his 11pm feed. I expect that if he ever decides to drop it again (oh please let him drop it. I want to go to bed at 9.30. I’m so very tired) then maybe I’ll go back to groping myself in public.

I just need to remember not to do it in formal settings.

Image by Kate Dyson, inspired by Hurrah for Gin

Like this? Share it, and spread the MOLO love! You can read Jacki’s last blog Why Cloth Nappies Are The Least Gross Part of Motherhood or for the latest from The Motherload®, head to our homepage