Parklife: The Seven Ages of Mum 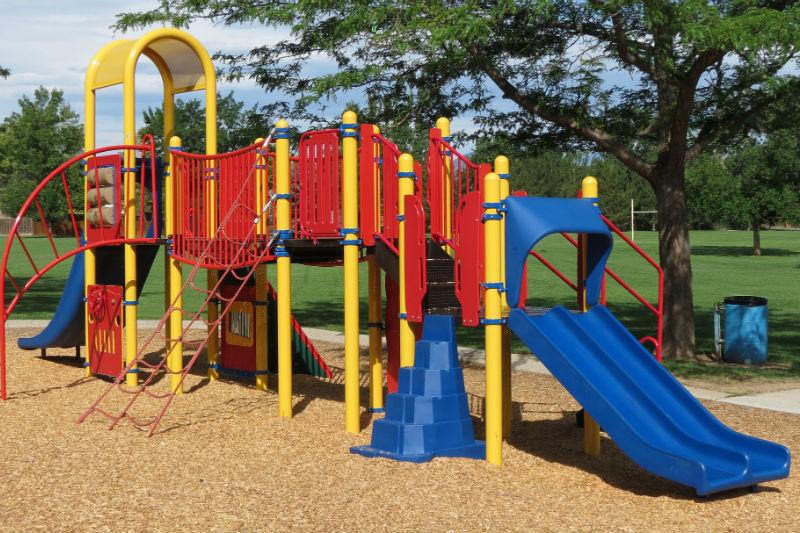 Had a baby? Get ready to spend the next eight years of your life in the park, pushing kids on swings, stopping toddlers from braining themselves as they run towards the world’s fastest roundabout, and if you’re really lucky, having a few minutes of me-time on your phone. As mums, we all spend a lot of time in the park, but the experience can be very different, depending on the age of your child. See how many incarnations you can tick off from the Seven Ages of Mum…

Newbie Mum has brought her scrumptious, chubby-faced, clean – yes they’re clean until 6 months remember! – baby to play at the park. They cut an adorable scene, as Newbie pushes her precious first born so gently on the swing that they barely reach a 5 degree angle. A passerby could not discern motion. Newbie and baby couldn’t give a toss though, they are engrossed in one another, giggling and smiling. Until the inevitable poonami. At which point The Newbie realises she didn’t pack spare clothes, and is forced to abandon ship, pronto.

The Panic Merchant is usually the not so proud owner of at least one toddler. Possibly two. Or maybe a toddler and a newborn. She is destined to spend her entire time in the park with a heart-rate of above 120 beats per minute, as the aforementioned toddler(s) run in front of moving swings, try to climb out of the moving roundabout, leap off the playhouse’s perilous platform without a care that it’s five feet off the ground or – the toddler’s piece de resistance – the zip-wire dash! Running faster than a whippet, the toddler hurtles towards the zip-wire as a tweenager saddles up for a death-defying ride. The Panic Merchant can be seen running across the park, shouting, whilst trying to stuff the baby back in the sling. Within 60 seconds she can be seen exiting the park, vowing silently never to return.

Fun Mum LOVES the park, she is in that sandpit like a flash, building sand castles, and scratching names in the sand with a chewed stick. Want to go down the slide, but feel a bit scared? Fun Mum can demonstrate, wedging her post-partum hips into the stainless steel chute. Ditto the swing; ‘point your toes up like this! And pull back’, AND she make the roundabout go really fast. Fun mum is like a swan in fast motion, joyful and fun-loving on the surface, but paddling furiously beneath, for this is all about Tantrum Management. You don’t want to see what happens when the fun stops.

Police Mum is usually found at the top of the big kids’ slide, where she’s corralling everyone else’s children into a civilised, orderly line and getting them safely down the slide, one at a time. No pushing, shoving or queue-jumping when Police Mum is on duty, she runs a tight ship. She tells herself this is a life lesson for all the little rat bags, but let’s face it; slide society would rapidly dissolve without Police Mum there to enforce it. The kids don’t like Police Mum, and she doesn’t like herself much either, but she can’t bear the Lord of the Flies state of affairs when she’s not at the helm.

Losing Her Sh*t Mum doesn’t want to lose her sh*t. Far from it. She knows how to have fun. But just not today. Today the children are spraying off in various directions, leaving mayhem in their wake. Losing Her Sh*t Mum can be distinguished by the sweat on her brow, and her gritted teeth. She can usually be seen hiss-bollocking one or more of her children, shortly before attempting to forcibly buckle a screaming toddler into their pushchair, and departing with said toddler tucked under one arm.

Smartphone Mum has bloody earned these five minutes and she is going to enjoy them. The kids are a bit older, happily amusing themselves, contained in the sandpit. An added bonus is that Fun Mum is in there, and is rapidly becoming the Unofficial Childminder, so Smartphone Mum is having a bit of me-time. She will occasionally glance at the children with one eyeball, but the other remains firmly fixed on her screen, spending a few precious minutes checking through her timeline.

The Whistler doesn’t really engage in Parklife any more. That’s her kid, about to ride the zip-wire, with a crew of tweens to cheer them on, oblivious to the toddler hurtling towards them, closely followed by a sweating, screeching mother. The Whistler’s children are young enough to enjoy the park, and old enough to do so without the constant supervision and life-saving interventions of the other Park Mums. The Whistler coolly trots to the park when it’s home time, and summons her not-quite-grown-up offspring with an ear-splitting wolf whistle. Which of course they ignore. Because however old the child, some things never change…

Like this? Share it, and spread the MOLO love! You can read Alison’s brilliant blog Getting Ready for a Day Out: Dad versus Mum, and for the latest from our bloggers, head to the homepage!