Getting Ready For a Day Out: Dad versus Mum

The Motherload’s Top Motherland Moments
Dad Versus Mum: Going to Bed
The Barbecue: Dad versus Mum 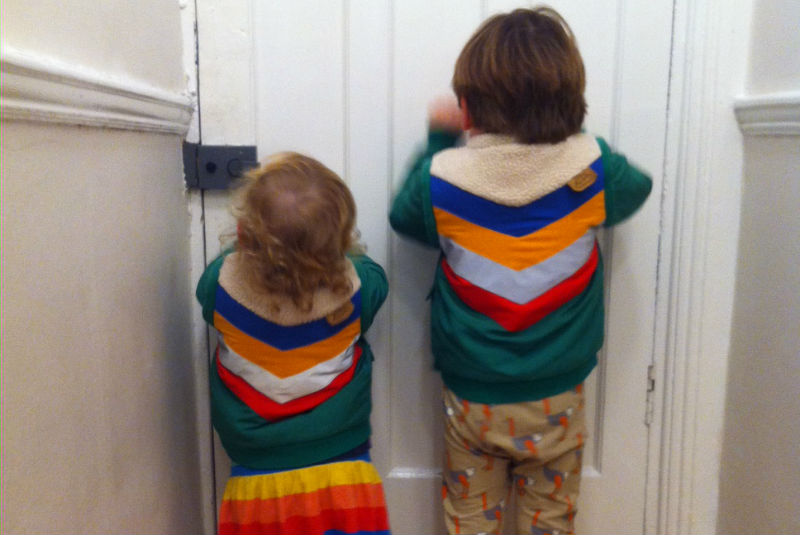 Everyone loves a family day out, maybe a walk in the woods or even a trip to the zoo or a stately home so you can indulge in fantasies about being a wealthy Victorian. Lovely. But what about the bit before the actual day out? Getting out of the front door when you have kids can seem like a colossal challenge – especially if you’re a mum. Because as I’ve clearly highlighted in the Dad versus Mum blogs so far, all things in parenting are not equal.

Dad’s Day Out
1) Dad lies in bed until 15 minutes before the appointed time of departure, because it’s his lie-in (it’s always his lie-in). He might even cut it a bit finer, say two minutes before. Of course, whenever he gets up, Dad won’t actually be ready for that time of departure but that’s no problem.
2) Dad gets up, has a coffee in his pants, checks Twitter in his pants, checks the weather and/or travel news and suggests an alternative day out to the one which has already been agreed. Request denied.
3) Dad rubs his belly, apologises and heads to the toilet for a good 30 minutes, with his smartphone. Miniature envoys are despatched to hurry him along but are returned with the lie that ‘mummy is calling you’.
4) Dad has a lovely, long steamy shower. No matter that we are now twenty minutes past the appointed time of departure. Mum may point this out a few times, in an increasingly shrill tone.
5) Dad swans to the front door, fragrant and coiffed with the air of a man on his honeymoon about to head out sight-seeing. It is now 30 minutes past the appointed time of departure. The children are hammering on the door and tearing up and down the hall like caged monkeys.  Mum has retreated into the sanctuary of her own mind.
Mum’s Day Out
1) Mum is up at at the crack of dawn, possibly even before then depending on whether the children choose to rise at an uncivilised hour or at a horrendously uncivilised hour. Breakfast is served while the dishwasher is emptied, the cat is fed, laundry is unloaded (clean) and loaded (dirty) and tea is consumed. Three cups should be enough to get out of the starting blocks.
2) Mum dresses two children. Sounds simple, right? It’s not. Mum gets clothes out and gently cajoles children to try and get them to take their pyjamas off. Children run into the lounge to play/suddenly need to go for a wee/climb onto mum’s back while she tries to get their jim-jams off. Eventually, through a combination of beseeching and threatening, the children are finally clothed, and hair brushed.
3) Mum has a brief, slightly tense shower, of varying temperature, which is frequently punctuated by bouts of crying (mainly the children, although there may be some of her own tears too), bottles of conditioner and shower gel being lobbed at her feet, and disputes to be settled. If she’s very lucky indeed she will be read a story and offered drinks of lukewarm water served in a bath toy which has been scavenged by a toddler.
4) Mum throws some clothes on, her hair is still up in the top-knot she slept in, make-up will have to wait because now she has to prepare The Bag. A successful day out is dependent on what is in The Bag. If you’re off for a ramble in the woods, better remember hats and spare clothes and snacks. If you’re off to a restaurant, you need table toys and books or you’ve got no chance of eating your starter before the demands to get down and go and explore begin. And don’t forget the spare clothes and snacks (because a child’s food can never arrive fast enough).
5) Mum arrives at the front door at the appointed time of departure, sweat on her brow, victory in her heart and a manic glaze to her eyes – she did the impossible! Two presentable children, one not very presentable self, and The Bag (well-stocked) by 10am. But where’s Dad? Still in bed. Thirty minutes later, Mum has given up calling out ‘come on darling, it’s time to go’ and her rictus grin is showing the strain. Dad saunters down the hall, helpfully picks up The Bag to load the car, and asks “Did you remember nappies?”
Love this? Read more from the Dad versus Mum series and for the latest brilliant blogs from our writers, pop over to The Motherload® homepage