Bonkers: A Phoenix from the PND Flames 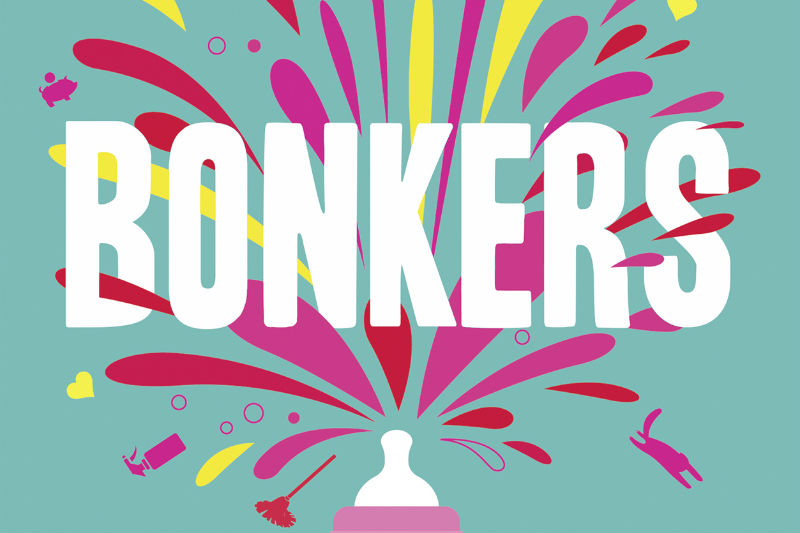 Olivia Siegl wrote Bonkers after suffering from post-partum psychosis – a severe postnatal illness which can cause delusions, hallucinations, feeling manic, or low, frightened, and confused. She set up a Facebook group called The Baby Bible and started her blog. Her journey to recovery, through motherhood, to becoming a published author is absolutely incredible. We had a chat to Olivia about how she got to this point…

So the book is about you, and your mental health, and your experience of motherhood – can you sum it up for us?

Bonkers is all about empowering mums to talk about all areas of motherhood. NO judgement and to help raise awareness of all sides of being a mum, the magical, the challenging and the downright hilarious!

Was it easy to get someone to publish it?

As every one of these comments from leading publishers was fed back to me from my agent about my book on the realities of motherhood,  a little bit more of my non-existent self-belief got hacked away and I became resolute and confident in what the demons in my head (and following me around my home) had been telling me for the last two years.  They were right. I was not good enough.  I was not a good enough mum, (hell everyone had known that from the start hadn’t they?).  And now here I was getting confirmation that the one thing left, that I thought could help pull me through the darkness.  The one thing that could be the confirmation that I could do something right, that all this suffering hadn’t been for nothing.  The one thing, they could be proud of me for, was gone.  Over. Never going to happen. What the hell was I going to do now?

As someone who struggled with their mental health, that must have been hard to deal with?

I had a toddler and a baby, I was fighting my second battle with severe Postnatal Depression and Postpartum Psychosis. I’m not going to sugar-coat it, the news that I had been rejected by every publisher my agent had approached, left me feeling heartbroken but also incredibly stupid with my psychosis demons laughing nastily and sneering at me for being stupid enough to believe I could get published in the first place.  My failure at getting a book deal (in particular for a book that raises awareness of maternal mental health) gave my demons, my bullies, extra ammunition and boy they were not taking any prisoners.  And I have to admit I went down waving a white flag.

Why is writing so important to you?

I’ve always loved writing and its always been a form of therapy for me.  Something that fills me with drive and makes me happy.  Pre-motherhood I’d read all the parenting blogs, magazines and websites and brought every baby gadget going and felt totally prepared.  However, once out the other side of childbirth and with a tiny human in my arms I soon came to realise there was a short supply of people talking and writing about the magical and challenging side of motherhood in equal measure.  So I decided to become one myself and started to write about all areas of motherhood, the good, the challenging and the terrifying.

My writing went from articles distributed to a small reading group, to becoming a secret Facebook group and then a blog celebrating and supporting all areas of motherhood – no judgement!  Therefore, it was incredibly difficult to face the facts that despite my amazing followers (and my hubby) enjoying my writing, the professional “people-in-the-know” were not so impressed.  I was not their cup of tea.

How did you recover from that?

I did what all us mums are experts at.  I dusted myself off, put one knackered foot in front of the other and shelved any dreams I had of being a published writer.  I took care of my little girls, took care of my mental health and I wrote for my blog or The Huffington Post when I felt well enough to do so. A year later, whilst cleaning the kitchen and going through the “pile of doom” hidden behind the chair in the corner of the kitchen, I came across my book proposal wedged in amongst the old magazines and decided “to hell with it”.  I don’t know what came over me but I remember thinking “sod the publishers” and published the first part of my unpublishable book onto my blog with the thought that if the book could help at least one mum feel less alone and also raise much needed awareness of maternal mental health then that would be good enough for me.  The book would have done what it was meant to do.

What kind of a response did you get to the book once you put it on your blog?

I still can’t quite believe what happened next.  My article featuring the start of my book received such incredible feedback from the mums on my blog and across social media that it was picked up by the national press.  And I was then contacted by two leading publishers, who had rejected the book a year earlier, now interested in publishing the book, (the irony of this is still not lost on me today!).

It’s been an incredibly difficult, challenging and an emotional journey getting myself well again and getting this book published.  It’s been one filled with knock-backs and rejection that has broken me and made me in equal measure.  However, I am incredibly happy and proud to say I’ve finally made it through.  I am well again and my unpublishable has been published by Harper Collins. (I am still pinching myself about this!).

If you’d told me four years ago, whilst watching demons fly around our house threatening to kill my baby girl, that I would one day have a book about my experiences of motherhood being published by one of the UK’s biggest publishers, I would have said you were the bonkers one!  Therefore, I have an important message to every mum questioning their self worth. To every mum struggling with their maternal mental health and not believing they will be well again.  To every mum questioning if they can follow their dreams.  To every mum doubting if they can do it.  Take it from me you can and you will!

“BONKERS – A real Mum’s Hilariously Honest Tales of Motherhood, Mayhem and Mental Health is published by Harper Collins and available to buy now on Amazon