Please God, spare me the horror of another Zoom meeting… 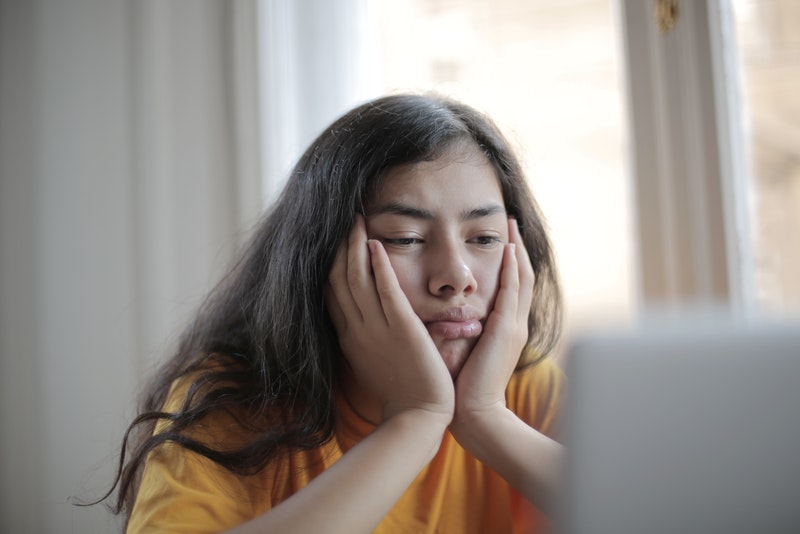 My daughter’s teacher hosted a Zoom meeting for her class last week. Five minutes after it started, she emerged from her bedroom looking pale. “Mum,” she said. “My teacher was telling me how to turn the volume up. But I kind of panicked, so I hung up instead.”

Instead of being annoyed, I laughed. Because when it comes to Zoom induced panic, I feel pretty-much the same way.

When lockdown first became a thing and I was suddenly struck by the need to ‘see’ people, I Zoomed for the first time. Speaking to my parents – who I only get to see once a year – was heart-warming. I Zoomed my brother and felt the kids interacted with him more than they ever would on the phone. Although video conferencing tools have been around for donkeys’ years, I’d rarely bothered to use them. This was great! I told myself. This would help with the emotional pressure of lockdown!

Over the past couple of weeks, however, the novelty has worn off.

Last week, when my sister arranged a family get-together online, I found myself ducking out at the last minute. A writers’ group I was meant to be involved in suddenly seemed like an insurmountable obstacle. I’m missing out on opportunities to catch-up and network. But the fear of clicking into a meeting has become overwhelming.

I’ve had to accept it: I have developed Zoom-phobia.

Okay, I’m naturally socially awkward, so even in real life struggle occasionally when faced with the prospect of a get-together unless it’s with family or close friends. But after initial nerves but I can usually overcome this, settle in and enjoy myself.

But with Zoom, the intensity of the format has me floored. Think about it: there’s something uniquely taxing about spending an hour or so knowing that other people are staring at your face.

I’ve come to the conclusion that Zoom puts more pressure on the socially challenged than some real-life situations. For example, think back to the heady days PC (pre-corona) when we used to be able to meet other humans for coffee, in places called “cafés.” Would you have met up with your bestie and stared at her face constantly for the entire time? If you’re relatively normal, then the answer is a resounding “no!”

Plus, with Zoom, you’re trapped. You can’t look away, secretly check emails or flick through your phone. You can’t quietly wipe a child’s runny nose without being rumbled. You can’t roll your eyes at yet another anecdote from the office ‘personality.’

And how do you actually end a meeting? When I’m on the phone with someone particularly talkative, I have been known to step outside my front door and ring my own doorbell to create an excuse (you can have that antisocial life-hack for free). With Zoom, all your movements are on show – so unless you’re going to fake a power-cut, you’re in for the long-run.

For some, I realise, Zoom has become a lifeline – offering the chance to meet up with friends, or see long-lost family during these dark times. But when you’re next organising a meet, spare a thought for the the shy, self-conscious and anti-social among us. We’re trying our best, but we might not be able to get there.