Pregnant Friend, You Have No Idea What’s About To Happen 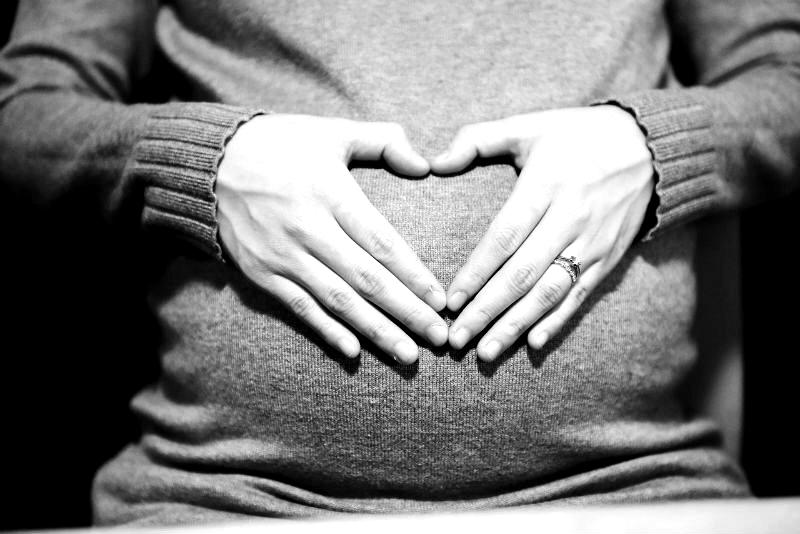 My closest friend recently told me that she is expecting her first child. Needless to say, I was absolutely delighted for her and her husband, and the joy on both their faces at finally being able to share their news was obvious. We talked about the things that are exciting in pregnancy; possible baby names, which buggy to buy, and how to decorate the nursery. I remember feeling similarly excited about all these new choices ahead of me when I was pregnant too.

Later that day, I started thinking about all the things that I know now about parenthood, and that she has no idea about. Soon she will understand my frequent whinging, my inability to stay at parties past 10pm, and why arranging to see her with my children in tow can feel like a military operation. She will also realise that despite our best intentions, the things we think we will do as parents can quickly fall by the wayside.

I say this with my heart full of love for her, because no one can understand parenthood until they become parents themselves.

Before I had a baby, I thought I understood what being tired felt like. In pregnancy I was working full time, including evenings, nights and weekends. How bad could having a newborn be? I had no idea. Almost four years later, I still complain that I’m tired on a daily basis, even though both my children sleep fairly well. Who knew there was a whole new level of tiredness ahead of me?

I was adamant that I would breastfeed. Whilst I was pregnant, I was gently advised that breastfeeding could be tricky to get the hang of. I nodded along, whilst secretly wondering how on earth it could be difficult. I thought baby would magically know how to latch on, and off we would go on our magical breastfeeding journey. Cue shredded nipples, breast thrush, engorgement, twelve weeks of using nipple shields, and round-the-clock expressing. In the end it was magical, and so I don’t regret my stubbornness to continue through the difficult first three months of feeding, but it wasn’t the easy, ‘natural’ process I expected.

When I was pregnant, I thought my baby was going to go to nursery full time at nine months old. I didn’t realise how much I would love being at home with my daughter, nor how many tears I would cry during her settling in sessions at the nursery. Dropping to part time hours at work is one of the happiest decisions I have ever made, and I’ve realised that climbing the career ladder is not my main aim at the moment.

I had no idea how much my priorities would change.

My friend has enjoyed travelling the globe, and since my own children were born I’ve watched as her Facebook profile has filled up with snapshots of her getaways, from weekend city breaks to month long road trips on the other side of the world. I have gazed longingly at her photos of landmarks I have never seen, cocktails enjoyed on city rooftops and sandy white beaches. In contrast, going away with children usually leaves me in need of a holiday, and is hardly the relaxing, carefree experience it once was. It’s fair to say I have experienced little in the way of culture since my children arrived. Even staying at home requires more energy than before. No more lazy Sundays watching re-runs of Location, and no more lie ins. Hangovers have to be planned in advance, and the 6am wake up often leaves me wondering if the fun I had the night before was worth it.

I wanted to avoid having a house full of plastic tat, and instead pictured my children playing with beautiful wooden toys (I’m still not sure how I thought I would afford these wooden toys). It turns out that the wooden toys hold my children’s attention for all of ten seconds, whereas the plastic ones with flashing lights and infuriating noises keep them entertained for hours on end. I have grown used to the sea of plastic that now inhabits my house.

So as my best friend prepares for motherhood, I hope to share in her excitement and the expectant positivity that only a first time mum can have. She’ll soon realise for herself that the reality of motherhood doesn’t fit with the sleeping cherub and white fluffy towels that the baby product market would have us believe. For now I’ll keep my complaints about motherhood to myself, after all, no one likes a know-it-all.

But when her baby arrives and the shit hits the fan, I’ll have her back.

Like this?Share it! You’ll love We Need to Talk About: Your First Week as a Mum. You can read Hannah’s last blog, Children’s Books Don’t Depict Our Family and for the latest from The Motherload®, head to our homepage