We Need to Talk About: Your First Week as a Mum 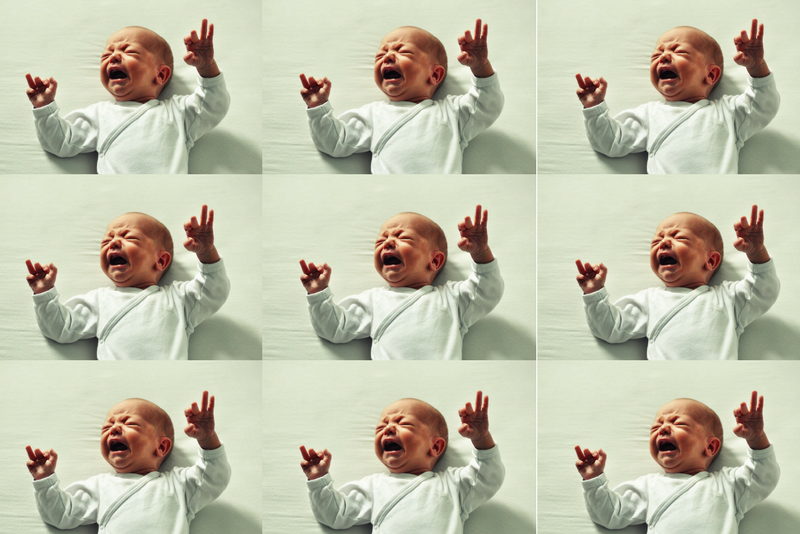 When I found out I was pregnant my thoughts soon became focused on the birth. I kind of imagined once the birth was over I’d be back to normal, physically at least. How wrong I was…

I had no birth plan, my only goal being to take home a healthy baby – it didn’t matter to me how he arrived. Maybe that’s why I feel no trauma from my birth experience despite it being one that many people, including my GP, would describe as traumatic. Although it was certainly nowhere near as terrifying as some of my friends’ experiences. What was more traumatic for me was the week after having him. This is what I was not prepared for because nobody really talks about it. I believe there is too much emphasis on labour and birth and more needs to be shared about what it’s like once that part is over.

Here are some of the things to expect.

Even though Henry was back to back, and this is supposed to make labour more painful I can honestly say dealing with contractions and pushing was not at all difficult compared to the pain while recovering from having a nearly 9lb baby dragged out of my vagina by a giant pair of metal salad servers (aka forceps).

Once the euphoria of having an actual baby in my arms had worn off and we’d introduced him to close family, the pain came with a vengeance. I’ve never been hit by a lorry but this is the only thing I feel I can compare it to. My entire body ached, moving hurt, I couldn’t sit down comfortably in any way at all. I was wracked with uncontrollable shaking and alternated between sweating profusely and shivering. I felt like I was dying but that wasn’t an option with a newborn to keep alive. So while hurting and feeling like complete shit you have the biggest responsibility of keeping a tiny human alive and safe.

There’s no beating about the bush – it’s hard. Take all the help offered and don’t put any pressure on yourself to get out and about or even get dressed or do any housework.

Love at first sight is not a given

I’ve heard so many tales of how when you hold the baby for the first time your heart melts and you forget any pain and fall instantly in love. This is not always the case, in fact after speaking with many friends I’d say it’s quite rare and nobody should feel bad if they don’t get that initial rush of love.

I’ve got friends who say they felt nothing at first. My initial thought was ‘thank fuck that’s over’. When I saw him and thought he was deformed because his legs were in the frog position I remember thinking ‘I didn’t sign up to this’. Horrible? Maybe. But I definitely immediately didn’t think ‘oh my god what an amazing experience I love that little screwed up pink squawking thing with all my heart’.

It was only later, on the ward when I really had time to process everything that I looked at that helpless little baby and realised he was mine and I’d do anything to keep him safe that the love hit.

There will be blood

I’d read about lochia and imagined this to be like a period. Yes, if Tarantino was directing your period maybe. There’s a reason why those maternity pads are like mini mattresses. And the clots. Most of that first week was spent Googling what was normal. It’s not unusual to pass clots the size of tomatoes just so you know.

Try and remember to throw them away once you’ve had a good gawp. Husbands don’t appreciate stumbling in on such things on the edge of the sink.

Sitting will be a challenge and there may be toilet trauma

The majority of my mummy friends ended up with stitches, even after using the special perineum massage gel (don’t get me started on what a joke this is). Stats show up to 85% of women will tear during their first delivery. This can mean going for a wee can smart a bit and you may be advised to have a jug of warm water to hand while peeing to pour down there. I didn’t bother with this and never had any issues with painful peeing. I’d also heard that the first poo can be traumatic and some women choose to do this in the bath with their partner holding their hand. Whatever floats your boat but that wasn’t an option for me. Drink the lactulose and invest in those adult wet wipes and it’s not actually that bad.

Psychologically, I found it very difficult to deal with the fact I had stitches. Thankfully mine healed well and I had no infection or complications, I found lavender oil in the bath really helped. But sitting down was not easy. I had to turn the dining chair around to kneel over the back of in order to eat dinner, and I had to sit in the back of the car so I could have a leg under me for support. There is no glamour in birth recovery.

Your emotions will be all over the place

Being pregnant and giving birth is a huge deal. Your body has not been your own, hormones are pumping around, you can’t remember the last time you had a proper night’s sleep. Of course there are going to be tears. The baby blues hit around day five after childbirth and I would burst into tears and feel like crap for the most mundane reasons that seemed overwhelming at the time. This is normal but soon passes.

You may even find yourself hallucinating. In the early hours on the ward after having my son I was holding him in the bed because he would cry if I put him down and I was terrified of falling asleep in case I dropped him or suffocated him and I think I’d been awake for about 36 hours. So when I saw little prawns moving around in his ears I thought that was a bit odd, but figured I was hallucinating rather than had actually given birth to a hybrid sea creature.

This is probably an important point to share with your partner. Having needed to spend the first night in hospital I knew that the baby would not entertain being put down and would only settle on me. Unfortunately my husband didn’t get this memo so the first night at home he demanded we call the doctor because the baby wouldn’t stop crying. Ha!

I said that would be ridiculous and he’s only been in the world for two days so doesn’t know what’s going on so just likes to be cuddled. Then after doing more Googling (how did people cope before the internet?) I came across articles on the Fourth Trimester which, if expecting, you should definitely read up on. It makes perfect sense, the baby has been safe and cocooned inside for nine months so of course it’s not going to suddenly want to be left in a giant cot on its own.

Breastfeeding is a round the clock job

Babies’ tummies are so small so only need tiny amounts of milk, frequently. Also they suck to build up supply so it will seem like they are attached to you pretty much constantly for those first few weeks. Ignore well-meaning but misinformed people who question whether this is normal, if you’re giving them enough and who suggest they’d settle better with a bottle. As long as there is weight gain and wet and dirty nappies, all is well.

I wasn’t too hung up on breastfeeding, I said I’d give it a go but would have no qualms about using formula. Fortunately I had no problems with bleeding nipples, mastitis or pain but if I had I would’ve stopped and moved to formula because ultimately I believe a happy mum=happy baby. We introduced a bottle of expressed quite early so I could get a bit of sleep while hubby did the night feed and moved to formula at four months. But breast or formula he’s always been a shit sleeper.

As bleak as the above sounds I’m currently weeks away from baby number two so it’s totally worth it.

Whether you’re expecting your first or have just given birth to your sixth, know that you’ve got this and you rock.

Like this? Share it, and spread the MOLO love! You can read Leanne’s brilliant blog I’m Back From Maternity Leave, and Pregnant Again and for the latest from The Motherload®, pop over to our homepage.