We Need To Talk About: Tearing During Childbirth 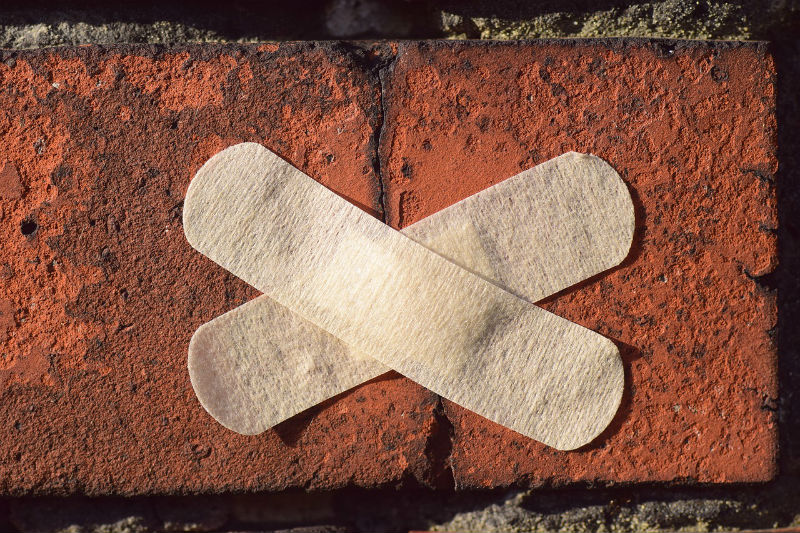 I’m just going to hit you with it: The British Journal of Gynaecology (BJOG) suggests 85% of women will tear during their first vaginal birth.  EIGHTY FIVE PERCENT.  Eighty-fucking-five percent.  Even writing that down makes me reach for the gin.

Let’s do some maths then; if 85% of vaginal births result in tears, and 25% of births are now C-sections, then *thinking face on* I make that 90% of all women will be leaving the hospital with some sort of stitches to look after.

So why are antenatal providers like the NCT so completely unrealistic, telling mothers about the wonders of a “natural” birth?  Because sure as hell, the second something rips apart in your foof you are going to want to get all medical on that shit and get things stitched back together.  Pronto.  There is nothing “natural” or “empowering” about the risks of an open wound in your business/party end.

I had naively prepared for my birth using the Marie Mongan Hypnobirthing method.  I listened religiously to my “Birthing Affirmations” which included lots of things about how my body would “ease” my baby out into the world.  That I would open “like a flower” whilst I breathed my baby out.  And I did all the awkward perineal massage you could wish for, roping in my dubious husband when I got too whale-sized, in what can only be described as a 100% contraceptive encounter.

Having so diligently prepared myself, it then came as a massive shock when my pregnancy ended with pre-eclampsia, failed induction, forcible breaking of waters, epidural and eventually, finally, traumatically, the forceps-assisted delivery of my son.  Even at the point where the Registrar started waving the salad tongs I was oblivious to the stats, begging her not to episiotomy me, because I’d done the fucking perineal massage so I probably wouldn’t tear.  She very patiently explained that whatever I had done would never have prepared me for forceps, and it really would help if she did make the cut.

The scar, however, was a hideous thing to behold.  I cried the first time I saw it, bent over double in the bathroom mirror of the post-natal ward.  It looked like something that a butcher would have chucked out: puffy, red and weeping.  I could not imagine how it would ever heal.  I would be disfigured forever.

The severity of the tear meant that I was referred back to the hospital for a group physiotherapy session, where finally the stats were revealed in a shonky Powerpoint presentation.  We all sat there, feeling like naughty school girls, embarrassed by the state of our undercarriage.  But that stat – the eighty-fucking-five one – hit me like a gale-force wind.  Why had this not been made clearer before?

My son, it turns out, has a massive head.  The rest of him was a scrawny 25th percentile (possibly to do with the pre-eclampsia) but his head was a whopping 91st percentile.  There was no amount of perineal massage that would mean that this child was going to make it out without causing some damage.  It is just a fact of life that childbirth = stitches, and in my case this was unavoidably true.

My stitches took a long time to heal – the outer tear healed at around 11 weeks post-partum, but the inner damage didn’t heal until my son was six months old, and only after I’d rinsed my husband’s private health insurance to get a specialist gynaecology appointment.  The doctor I saw then restored my confidence, praising how well the outer had healed, and fixing some raw scar tissue with some magic silver nitrate paper.  It was a revelation.

Now I’m back to my bikini-wearing best*, I marvel at the human body’s ability to heal itself.  That horrific scar is now just a faint line, which I barely think about.  But I’m under no illusion: 100 years ago, both myself and my son would be dead.  We would not have survived the pre-eclampsia, the lack of progress, or the tear.  And I am so, so grateful to the doctors, midwives and nurses who saved my life. But there is still work to do educating people about the facts.

So this is my plea to midwives, antenatal providers, and anyone who knows an expectant mum: please be honest.  Don’t treat pregnant women like children.  We deserve the truth.  Without the sugar-coating.  We need to know how to care for stitches, we need to be introduced to donut cushions (seriously changed my life!) and above all we need the facts.  Because for 90% of us, stitches are an inevitability.

*obviously it’s a tankini these days…

Love this? Share it, and spread the MOLO love! Check out Heather’s last amazing MOLO blog Why the Gender of the 13th Doctor Who Does Really Matter or for more from our writers head to The Motherload® homepage

Heather Davies-Mahoney is a radio producer, who can’t help producing in her spare time too. So far she has produced a marriage, a mortgage, a mini-me and a mountain of possety muslins. In her NCT group she was the instigator of Boobs & Boxsets afternoons. You can follow her on Twitter and find more on her blog