Why the Gender of the 13th Doctor Who Really Does Matter 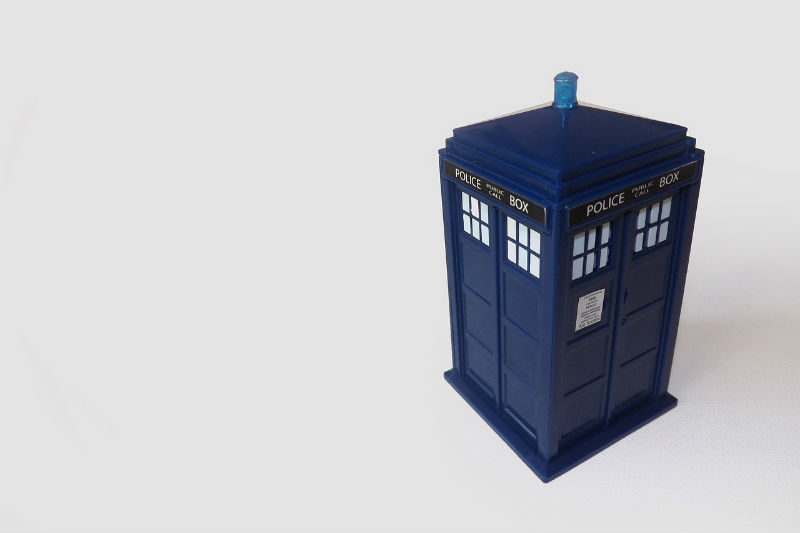 I’m just going to put it out there that David Tennant was my Dr Who.  I was still at university when the reboot exploded onto our TV sets, and as a minor league geek (I wrote my dissertation on Tolkien (rollzeyez)), I was entranced by his energy, warmth and spark (Christopher Eccleston was far too serious!).  I loved the cheery blend of science, history and storytelling.  The way fiction merged with fact.  It was like all the best bits of school, muddled up and thrown back at you with a big slice of glee.  Dr Who made learning fun for a whole new generation.  And David Tennant made being a geek cool, with his portrayal of this nerdy character who was also a bit of a superhero.  It never crossed my mind that he should have or could have been a woman, because he in himself is so awesome, so right as The Doctor.  Particularly as his assistants had become so kick-ass.

But then my niece was born, and I re-evaluated.  As a doting Auntie, every time her birthday rolled around I made it my one-woman mission to try and find her gifts that would help her expand her horizons.  But every step of the way you’re faced with a wall of pink, fluffy crap for girls, and awesome chunky-wheeled things for boys.  And unfortunately, the Dr Who screwdriver was definitely a boy’s toy.  His assistants?  Well, they’re assistants rather than the main deal and they only get to hold the screwdriver occasionally, as a treat.

Since having my son, I feel this injustice even more.  I lightheartedly banned all blue and traditionally gendered toys from our house for at least the first 18 months of his life (until his obsession with wheels became too explicit to ignore) and have shown him a dad who cooks and cleans, a mum who goes out to work, and vice versa.  But that’s as much as we can do as parents.  The outside world is scarily out of our control.

Because I want my son to grow up in a world where equality is something he breathes, rather than something I’ve spoon-fed him.  Where his heroes are men, women, old, young, black, white.  Where your self-worth isn’t tied to how many likes your latest selfie got, or how many snappers snapped your last chat.  I want him to grow up knowing that strength, ambition, resourcefulness, kindness, creativity, love, all come from within and aren’t gendered traits.

I want this for him: for his sense of self and future happiness, but also for the men and women he will meet along the way.  For his friends, partners, children (gulp!).  I want him to be the good.  To be the positive.  I want him to know inherently that women and men are equal in all ways outside of wombs and willies.  Yes, women do the birthing and the breastfeeding, but men can do all the other stuff that supports those things.  They can do the cooking, the washing, the cleaning, the tidying, the nappies and put a roof over their families heads…   These aren’t men’s and women’s jobs, they’re parental jobs.  And it matters.   It matters that a child sees their dad in the kitchen, and their mum at the office.  It matters whether they’re a boy or a girl.

Because for every person who isn’t encouraged to realise their potential, humanity stalls a little.  And if two heads are better than one, then humanity has been missing a trick for millennia as 50% of the global population has been largely ignored, reduced to their biological role.  Who knows if the cure for cancer isn’t sitting in the brain of a woman in the developing world, tied by her womb and lack of contraception to a life of perpetual child-rearing; or that the plans for supersonic space flight aren’t whirling away in the mind of a girl in South East Asia, who had to stop going to school when her periods started because of a lack of menstrual products.

Back here in the western world, with all its advantages of healthcare and education, society still clips the wings of its young women, showing them images of passive, pink and fluffy women who either need saving or concern themselves with hair and make-up rather than the manly work of building, growing, and defining things. This starts in the toy shops and department stores and continues via TV into the less regulated worlds of video games and porn. Women are constantly told they are less important than men, that they are less strong, less deserving of a role, or pleasure, or agency, or a future.

That’s why the new Doctor Who is so important. This is a prime time, available everywhere programme that will show little boys and little girls all over the world, that women can be brave, dynamic, resourceful, caring, madcap, funny and in all ways brilliant. And Jodie Whittaker is a f*cking awesome human being too. I met her once in my day job, working in radio. She’s friendly, down to earth, as northern as builder’s tea, and has excellent taste in music. There’s something about her that makes you thrilled to be alive and really bloody positive about humanity. She’s a fantastic, inspired choice. A choice that rises above gender, history and bigotry.  The correct choice.

I want my son to grow up in this world, where women can be superheroes, time travellers, nation-builders and architects of dreams.  Where power is wielded not with an iron fist or a wishful swish of a wand, but with a screwdriver and a box that’s bigger on the inside than the outside.

After all two heads are better than one.  Two hearts?  Nailed it.

Love this? Check out Heather’s last blog 14 Unrealistic Expectations Set Up By Kids TV, or for more from our writers head to The Motherload® homepage

Heather Davies-Mahoney is a radio producer, who can’t help producing in her spare time too. So far she has produced a marriage, a mortgage, a mini-me and a mountain of possety muslins. In her NCT group she was the instigator of Boobs & Boxsets afternoons. You can follow her on Twitter and find more on her blog