10 Ways To Keep Your Toddler Entertained During Lockdown
Why Meghan’s Baby-Carrying Is Totally Fine
Why is it so hard to get a breastfed baby to take a bottle? 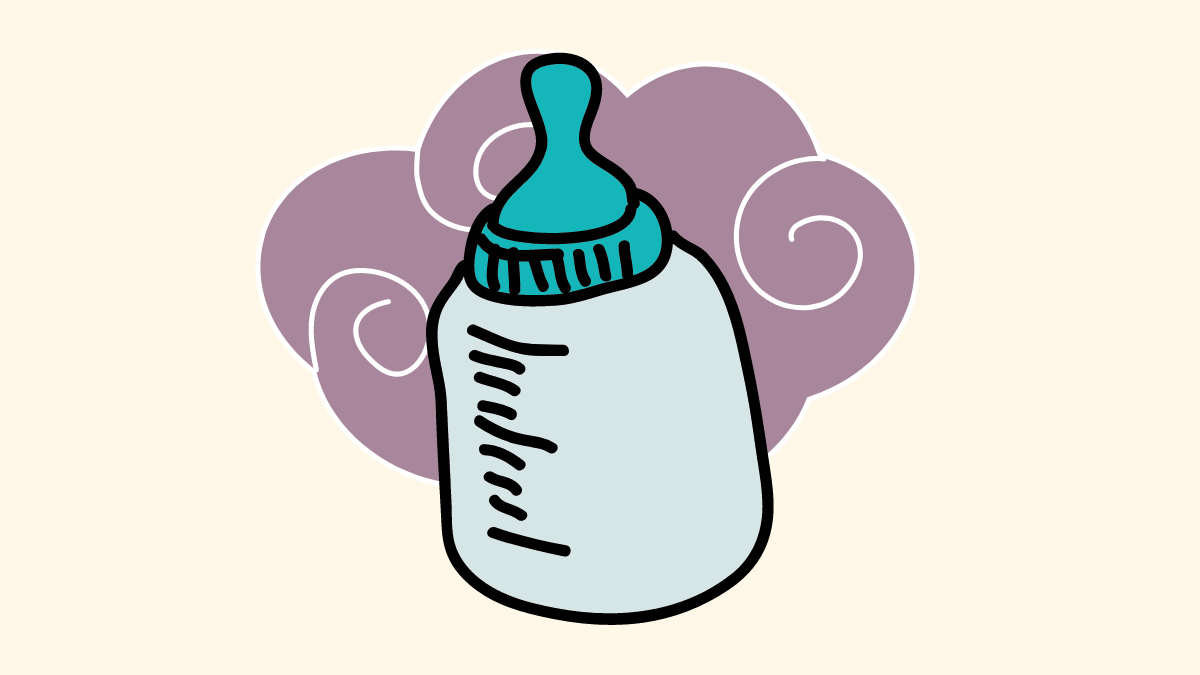 Breastfeeding my baby feels like a lifetime ago as she is now almost twelve months old.  She is getting better at eating solids but is mostly throwing her food at me on a daily basis.  However, I will never forget giving myself a massive guilt trip in the early stages because of all the problems I encountered with trying to breastfeed.

The feeding issues started for us right from the beginning.  Like many pregnant ladies, I went to all the breastfeeding talks, NCT sessions, Googled it for hours, watched ‘YouTube’ videos with the happy new mum (with shiny hair and immaculate make-up) calmly placing her baby on the nipple and the baby just calmly sucking like it was the most natural thing in the world.

I remember meeting a new mum who told me about some of the feeding problems she was experiencing. At that time, I smugly thought that this wouldn’t be a problem for me because it looked so easy.  And even if I did find it hard, I would make it work for us because I have a stubborn personality and everyone else seemed able to do it with ease.  I didn’t even contemplate buying bottles and a steriliser because I thought that I would not need them.

After 38 hours of labour, I gave birth to a gorgeous little girl and was on cloud nine.  Although even then I remember not being able to fully enjoy the experience because I was too busy thinking that I must do some skin-on-skin action with her and get her feeding straight away. Despite my best efforts, I just could not get her to latch on to the nipple or even anywhere near to the boob area.  At one point, I had my partner grabbing my boobs trying to manoeuvre our baby’s head to get her to latch on, three different midwifes had a go and even the hospital cleaner was giving me feeding tips at some point. But I still wasn’t successful.

I left hospital still having major feeding issues.  I knew the midwife was visiting the following day so I was hopeful that this would all get sorted.  Unfortunately, they also couldn’t get her to latch on to the breast even though she tried for over an hour.  At this point, my partner and I were beside ourselves so we started giving our baby tiny amounts of formula because we just didn’t know what to do.

The next three months became a cycle of trying to get my baby to latch on (I managed to do it with nipple shields) but she kept losing too much weight and she never seemed satisfied or settled after a feed.  I was also trying to express milk which again looked so easy on YouTube videos but I could hardly get anything in the damn bottles.  I would sometimes pump for about 45 minutes but only ever managed to express about 30 mls (from both boobs).  It was so silly because I would then have to top her up with loads of formula for each feed and I used to stress myself out trying to fit in pumping 6 times a day.

I took all the recommended advice to increase my milk supply.  I even got my GP to prescribe me Domperidone which is an anti-sickness prescription medication that has a side effect of increasing milk. Even this only marginally improved my milk supply.  I remember my dad commenting (after a 60 minute pumping session) that he reckoned that he could produce more milk than me from just one of his boobs.  He was probably right as my supply had really dwindled by that stage.

I stopped all the feeding madness when after 3 months, I finally realised that I wasn’t enjoying my baby as I should have been.  I was chained to the pump which meant I had less cuddle time with my gorgeous baby and I was hardly leaving the house which was making me really miserable.  It also coincided with us moving house so I really had no time to deal with a baby and pump my boobs as well; and anyway, I was hardly producing anything.

I remember meeting up with a new mum who I had met during a pregnancy fitness class (oh the days when I had time to exercise and actually cared about my body!)  She also brought some friends with her who I didn’t know that well.  They all had babies who were a similar age to mine and they were also first time mums.  Within 5 minutes of sitting down at the restaurant, they all got their boobs out and started feeding their babies.  By now, my baby was being fully formula fed and my milk supply had completely stopped.

I remember feeling this absolute shame as I got the formula milk out of my changing bag and started feeding my baby.  It was at least 5 minutes before I was asked the question about why I wasn’t breastfeeding.  I could feel this hot flush on my face as I nervously babbled and I went into a complete defence mode explaining why it didn’t work for us.  To make matters worse, they all told me about how they all experienced problems initially however after three weeks of persevering it just clicked into place for them and that they couldn’t imagine having to sterilise bottles and make up feeds etc.  Oh what a pain that must be!  Oh indeed!

I went home that afternoon and just cried and cried.  At that time, I felt that I was the worst mum ever and that my baby deserved someone else as I had let her down so badly.  I never saw those mums again, I made excuses the next couple of times they met up and they eventually stopped asking me to meet. It’s so silly when I look back now because I’m sure they never meant to upset me and they have probably all stopped breastfeeding by now. However, at that time they made me feel like such an outsider because I wasn’t in the ‘breastfeeding gang’.

I’m lucky that where I live, there are loads of baby classes and playgroups to go to.  Due to my feeding issues, I used to time the classes around my baby’s feed so that I wouldn’t have to feed her during the session. I would feed her formula immediately before leaving the house and then I would give her another feed as soon as I got home.  I didn’t want any of these mums to know I wasn’t breastfeeding.  I soon realised that this was absolutely ridiculous because it was obvious who was breastfeeding in the class as their babies needed feeding much more frequently and normally always during any of the baby classes.  I once said I couldn’t meet up with some mums after for a coffee and I made some excuses because I wanted to feed my baby at home in private.  I of course realise now how silly I was and that that I really isolated myself during that period.

When my baby was around four months, things all changed for me in a positive way.  I made friends with a couple of mums who also had feeding problems and who were also formula feeding their babies.  This was like an absolute revelation for me because I had foolishly thought that I was in the minority and that breastfeeding seemed so easy for everyone else.  This gave me the confidence to feed my baby anywhere and not care so much about what people think.

I look back at that time now and realise how ridiculous I sounded and that as long as my baby was being fed milk then that is all that matters.  We are lucky that we live in a country where formula milk is easily obtained and that our babies will not die due to malnutrition.  I occasionally think about those early days and instead of feeling guilt for not breastfeeding, I feel annoyed with myself that I didn’t relax and enjoy that time more with my new baby.

Those first few weeks are so precious and should not be ruined by stressing about not being able to breastfeed properly.  My advice to anyone that has feeding issues is do what’s right for you and your baby.  If you have to formula feed, do it.  I bet that no one is thinking badly of you.

I do worry that if I have another baby, I will go through the same feeding stresses again however hopefully I will follow my own advice and just chill and enjoy those lovely newborn snuggles instead of stressing like I did with my first baby.  Who now, incidentally, won’t let me cuddle her at all unless I have a bread-stick in my hand. So you really have to make the most of those lovely cuddles before they grow up and try and wriggle away from you.

Angie lives in London with her partner and one year old daughter.  She has gone back to work part-time and although she found it hard at first she is now enjoying drinking hot tea and eating lunch whilst ordering clothes online. Angie is loving being a mum although she still doesn’t feel grown up enough and she is soon approaching 40.

Angie lives in London with her partner and one year old daughter. She has gone back to work part time and although she found it hard at first she is now enjoying drinking hot tea and eating lunch whilst ordering clothes online. Angie is loving being a mum although she still doesn't feel grown up enough (although she is soon approaching 40).