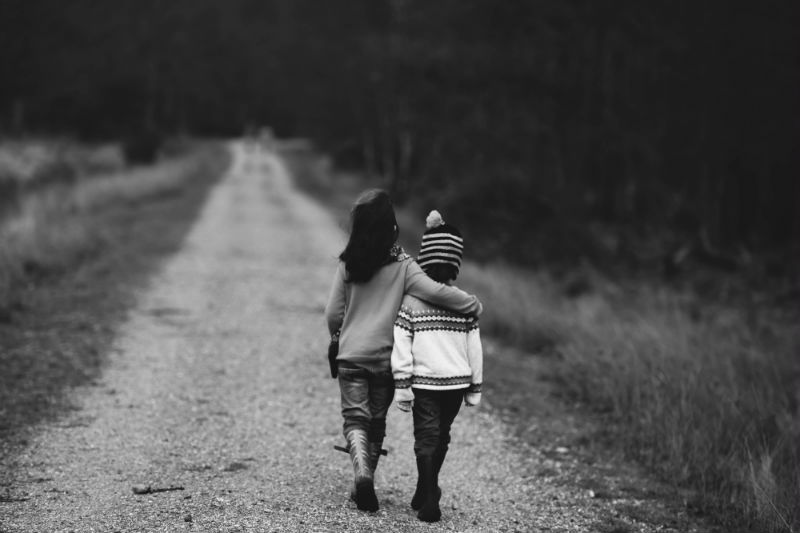 Having a baby is the easy part.

I have two children, and nine times out of ten, the second child will be the one causing my grey hairs at the age of 26. I found my first grey hair around my youngest’s 1st birthday, hardly a coincidence! The terms ‘strong-willed’, ‘Velcro baby’ and occasionally ‘sociopath’ apply to him. His favourite pastime is levitating at the foot of my bed, muttering in Latin at 3am. When he started nursery, he went on a two week hunger strike, indignant at the idea that I would leave him for two days week, to socialise with other children. He will be three soon and still likes to be carried in a sling. The reasons for all these ‘issues’ can be neatly summed up in multiple blogs and articles after a quick Google search.

My eldest, my first born child is INDEPENDENT.

Search ‘Independent Child’ in Google and it will throw up suggestions on how to raise your child to become independent, eventually, training tips and the like. So nothing really prepared me for what having an independent child could really mean. As a baby, he hardly cried because he knew that he would be fed, changed or cuddled at some point, by somebody. Once he was walking, he was fearless, often wandering away from me without a glance back to check I was close by. As his speech developed and I would admonish him for getting lost, he would shrug and reply ‘But I’m not lost, I’m here.’ Always with a smile on his face, he would bound into a room and all eyes would be drawn to him. If we were late to nursery, he would run in shouting ‘It’s okay, I’m here now!’.

He has always been my sociable, contented child. Everybody that meets him adores him, they are drawn to his warm personality and quiet confidence. His internal motivation to strive for independence is what carried him through various therapy sessions and hospital appointments as he overcame each developmental challenge he faced.

As you’re reading this, you may be thinking, great where do I sign up?

I’ve always accepted that I would have to be the first one to proffer cuddles, and been quite proud of the lack of tears and tantrums at drop off. What I wasn’t prepared for was his first day of school. As the parents gathered nervously in the playground, lining up to take our children into their new classrooms, find their pegs. We stood at the edge of the carpet as the teacher called out their names and they collected a sticker. Once the register had finished, she announced that the children were free to play and the parents were welcome to stay. The other children, clung to their parents, carefully regarding their new classmates. A few timidly shuffled over to the dressing up area, glancing every now and again in panic to ensure they hadn’t been abandoned by their responsible adult.

Undoubtedly, there were those children screaming and crying, begging their parents not to leave them. And my child? Well my child had set to work in the home corner, cooking and ordering other children about in his make-believe narrative. When he saw that I was still there, he merely said ‘Go home, I don’t need you to stay.’

There were no tears (from him), he refused my offer of a hug and carried on. Other parents smiled at me in envy, commenting on how lucky I was, as I shuffled down the corridor and away from my first child on his first day of school.

I didn’t feel lucky, I felt rejected, I wasn’t needed by him.

Day after day, as his classmates cried at the school gates, I would look hopefully for a sign that he needed some reassurance from me, a sign that he was missing me, but it never came. Now that we are halfway through his first term, of course I am glad that he settled so easily. All members of staff speak highly of him, full of nothing but praise for his contribution to the class. I always knew that at some point as a parent I would have to let go, but I didn’t think it would happen so soon, and I never imagined he would be the one to initiate it.

Love this? Share it! You can read Paloma’s brilliant blog, Telling Other People’s Children Off: Acceptable or Not? For the latest from The Motherload® bloggers, head to our homepage

Paloma, 25 living in London. A single parent (referee) to two boys under 5 and sporadic scientist. You can follow Paloma on Instagram and on her blog