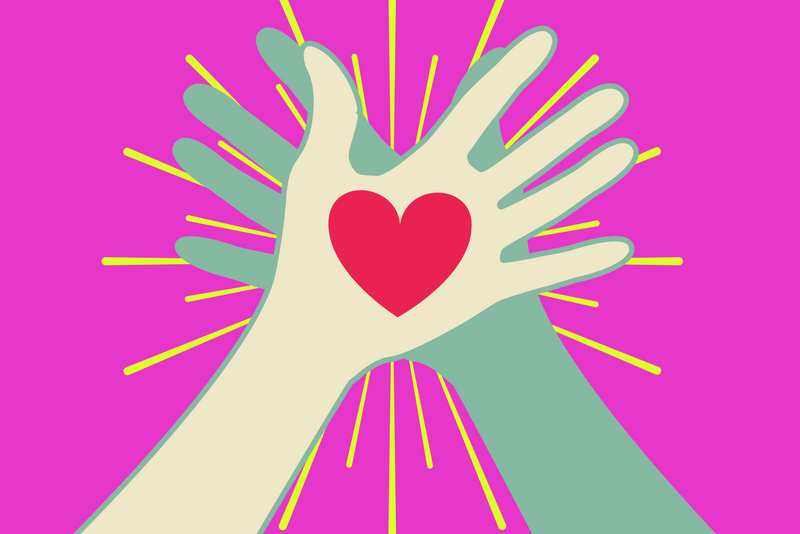 As we left the baby group, the sun shone and it was a mild day as we walked back into Ealing from the church where we had been bouncing our babies on our knees, singing songs in the hall and drinking tea while we compared notes on early motherhood. We walked together, two abreast, along Mattock Lane, chattering amongst us while pushing our babies in their prams, planning where we would stop for coffee before heading home for naps and lunches.

As we approached the Marie Stopes Clinic, a older woman, with grey hair tied into a neat bun, a long skirt and rosary approached us. “We are here in vigil for the babies”, she said, and she thrust a leaflet into my hand. I felt the blood pump in my temple, and and irritation bubble in my chest as I surveyed the scene, taking in the table across the road from the clinic with various members of the vigil sitting around it. “Why?” I asked her. My friend stood solidly beside me, and I felt her bristle too. “Because the babies are dying in there. We are here to pray that they will be saved from what happens in that building”. She indicated to some of the material that they had displayed on the pavement, laminated A4 graphic images of aborted foetuses alongside plastic dolls showing various stages of foetal development. I felt sick. 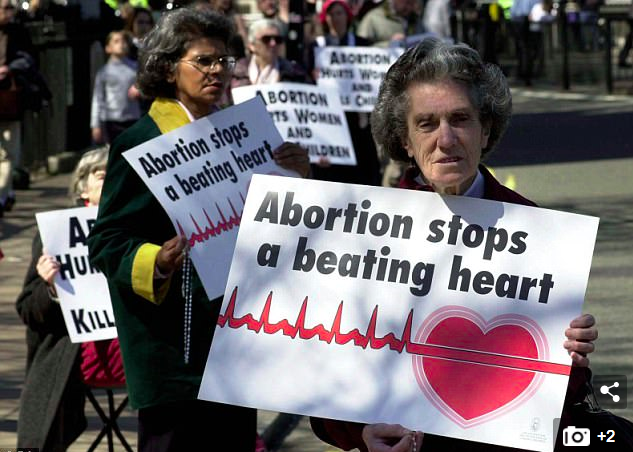 “Leave them alone”, I said, and my friend echoed my statement. “These women are in need, and you are harassing them. Why don’t you protest elsewhere? Why here, where these women are at their most vulnerable?”

“We have to be here,” she answered quietly, as a man approached us. “We have to be here to help guide them to an alternative, to show them another way”. She then quietly stepped back, lowered her head, and started to pray whilst holding the rosary in her fingers.

“Move along please” the man said, who was now standing next to her, his body language defensive and as he was much taller, physically intimidating. The woman continued to mutter prayer behind him. “We are here to protect children. There is always a better way.”

My blood boiled. “How dare you tell a woman what she can do with her body?” my voice raised. “What about victims of sexual assault? What do you think happens to babies born whose parents cannot care for them? What about the feckless fathers that leave many of these women in a dire situation that they make a decision to abort?” The man winced at the word ‘abort’. “Life is life. Every baby has a right to life”, he replied. He too, then joined the muttering of prayer and turned away from me, whilst physically remaining in the same spot. I looked at my friend, and then Bess, in her pram, and hot angry tears pricked in my eyes.

I wasn’t angry that religious people were praying ‘for the babies’. I wasn’t angry that they were pro-life despite my own pro-choice stance. I wasn’t angry that they hadn’t adequately explained their viewpoint to me, when I had challenged it. I was angry that the space outside The Marie Stopes clinic had been invaded in such a way. That women, accessing a legal health facility in the UK, were intimidated by this vigil, which sounds so quiet and gentle but the reality is that their purpose is to deter women from entering. That one lone woman could be confronted by a group of at least five people when she was vulnerable, or emotional. I was angry that as a woman, I could be told by someone who doesn’t know anything about my circumstances, nothing about my background, my own research, my decision to visit that clinic for whatever purpose and that they were able to discourage me, with materials that were offensive to me, from entering a building that I was entitled to enter without harassment.

I’ve never had an abortion, but if I ever found myself in need of one, I thank my lucky stars that I live in a country where I can access an abortion legally, and without the fear of accessing substandard healthcare. I have friends and family who have been through the abortion process, for various reasons. One felt, that at 19, she was too young to have a baby after her contraception failed. Another had broken up with her long term boyfriend just a week before finding out she was pregnant and he had made it clear, that if she was to have the baby she would be alone in doing so and that filled my friend with rigid fear. Through The Motherload®, I’m aware of women who have found they are pregnant after having children already and have made the decision to not have any more. And it was their right as women, as residents of the UK, to actively seek an abortion for the life that they had found themselves carrying unexpectedly. At the other end of the spectrum, let’s not forget, are women who find themselves pregnant following sexual abuse, or incest, or domestic violence. Women who are at one of the most vulnerable points of their lives.

The Clinic has reported that women have entered the facility in such an anxious state that they have had to wait to have their blood pressure taken after they were approached by the ‘pavement counsellors’ upon their arrival. John Hansen-Brevetti, clinical operations manager at the clinic on Mattock Lane, told The Independent that ‘some pregnant women had been told outside the clinic that the ghost of their foetus would haunt them. On other occasions, they cried ”mummy mummy don’t kill me” and threw holy water at women as they entered the clinic.’

Back in November 2015, I had recently left Ealing (but still followed the local Facebook pages) when I saw a post asking for support for a campaign, called Sister Supporter, against the protests outside the Marie Stopes Clinic on Mattock Lane. Finally, something felt like it could be done about the harassment of the women, on the pavement outside, who were accessing the clinic. 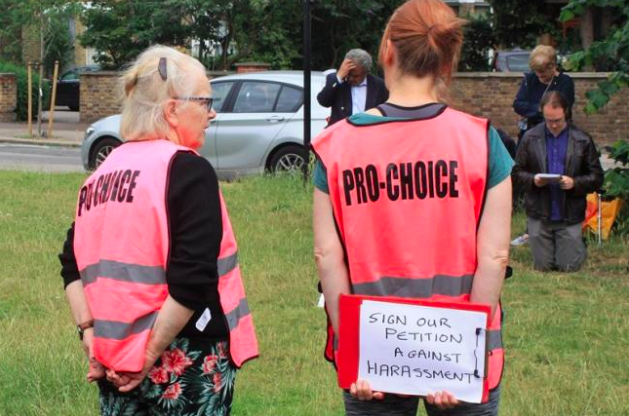 Sister Supporter was founded by Anna Veglio-White, a resident of Ealing who, with other local neighbours and residents, created the anti-vigil group to show support to those accessing the facility on Mattock Lane. On their website, they say “We are not anti-religion, nor are we pro-abortion. We are, however, opposed to anyone, with any agenda, placing themselves outside of health services for the purpose of discouraging or deterring access to the facility.” Along with others, Sister Supporter managed to convince Ealing Council to vote unanimously in support of a ‘safe zone’ around the clinic, ensuring that protestors could not hold vigils, or demonstrate within 100 metres of the facility. On 11 April, 2018, the exclusion order was finally granted formally following a lengthy consultation and will come into effect on 23 April 2018. Protestors will also be prohibited from shouting, displaying posters, playing recordings about abortion and anyone who breeches the order can be arrested, and fined. Ealing is the first council to impose an exclusion zone around an abortion clinic, and pro-life campaigners have hailed the vote a “landmark decision” by the council, and they hope it will pave the way for authorities elsewhere in the country to implement similar measures.

The power of women supporting women cannot be underestimated. We see on The Motherload® how women come together with such fierce strength, and in a similar way, Sister Supporter extends this ethos to their work too. After all, as women, many of us are able to empathise with the process of that decision – and especially, as mothers, we can understand that gravity of a decision such as termination. “Many of the women in our group are mothers, and many of them have had abortions – before and after they had children.” Sister Supporter founder Anna Veglio-White told The Motherload®. “The narrative that anti-abortionists choose to use insinuates that pro-choice equates to pro-abortion and anti-family. However, the fact that so many women in our group are parents, mean they understand more than anyone the importance of being able to decide when you enter into motherhood. They can empathise with the decisions being made, and know the importance of making this decision for your own reasons without external interference; whether that be an abusive partner or a harassing stranger at the clinic gates.”

And finally, for those seeking support from Marie Stopes in Ealing, that is now the case.