The Seven Stages of Hide and Bloody Seek 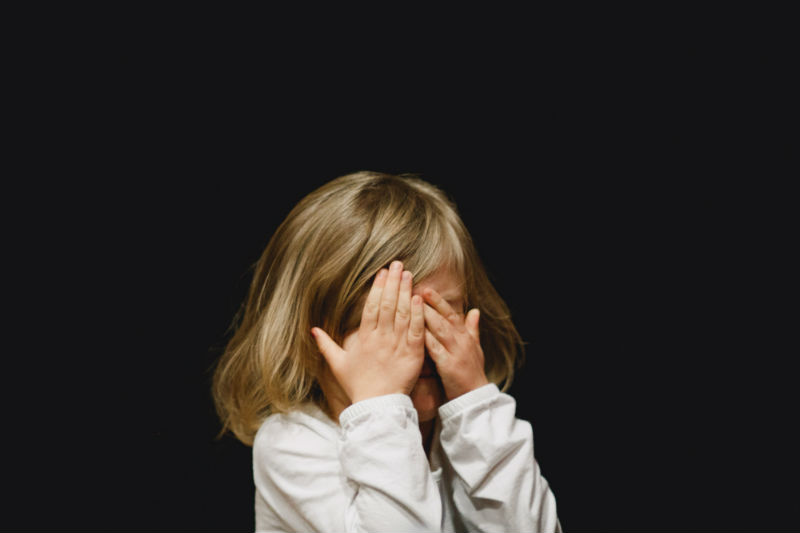 Hide and seek: the perennial favourite. It all starts with peekaboo but as Laura is discovering, hide and seek takes a while to get the hang of…

It all starts innocently enough, with peekaboo. The baby’s crying and you’ve tried everything you can think of to cheer her up. Desperate, you hold a muslin up in front of your face and ask ‘Where’s Mummy?’ And then you drop it, grin maniacally and say it. ‘Peekaboo!’ She loves it, so you do it again, and again. And again.

Fast forward a year, and you’re still playing bloody peekaboo. I mean, you haven’t been playing it continuously. Your maternity leave has ended and you’ve gone back to work and you’ve wiped down the highchair approximately 8,000 times, but the baby is no longer a baby and yet she still can’t get enough of peekaboo. And when she’s in one of those insane strops of hers, it’s literally the only way to break the cycle of screaming.

The muslins have gone in the bin, but after all that peekabooing, you’ve actually convinced your child that she is invisible if she can’t see you. Cue round after round of her sitting in the middle of the room, covering her eyes and claiming to be hidden. Because you don’t know what else to do, you keep up the pretence. Where could she be? She’s not behind the curtain! This will prompt a lot of giggling, because she believes you can’t hear her either, for some reason.

She can talk! Proper sentences and everything. So it’s finally time to move on from variations of peekaboo to a version that’s a little closer to the hide and seek you remember from your own childhood. Oh, but hang on. Why is she telling you where she’s going to hide? ‘Mummy, you count to ten and I’ll hide under the bedcovers, ok?’ Er, ok. Don’t make the mistake of thinking you don’t have to search everywhere else in the room or house, though. Seriously, don’t.

Okay, it wasn’t easy, but you’ve talked her out of telling you where she’s going to hide. However, instead, she’s going to hide in the same place over and over again. It’s pretty hard to fake surprise the twenty-fifth time you find her behind the bathroom door, chuckling to herself. But try. Seriously. Try your hardest.

Your time has come. It’s finally your turn to hide, and you choose underneath the dining table. When she finds you, she looks at you as if you’re a goddess. It’s the best hiding place ever. And yes, you know that when it’s her turn, she’s going to copy it. Before you’ve even got to one, she’s crouching down and getting into position. Leaving you to wonder how her brain works and why exactly you’ve been playing this sodding game for about four years and it still hasn’t got any better.

This is the holy grail of hide and seek. You count to ten, she hides somewhere. You find her. She counts to ten, you hide somewhere different. She finds you. I have to admit, I don’t know when this happens, because we’re not there yet, in our house. It’s stage two with my daughter and stage six with my son, since you ask. But I’m pinning all my hopes on the belief that stage seven happens eventually. Can anyone confirm that? Please?

Like this? Why not share it and spread the MOLO love! You can read Laura’s brilliant Motherload blog  The Exhaustion of Emotions. For the very latest from our writers, visit The Motherload® homepage