The Exhaustion of Emotions 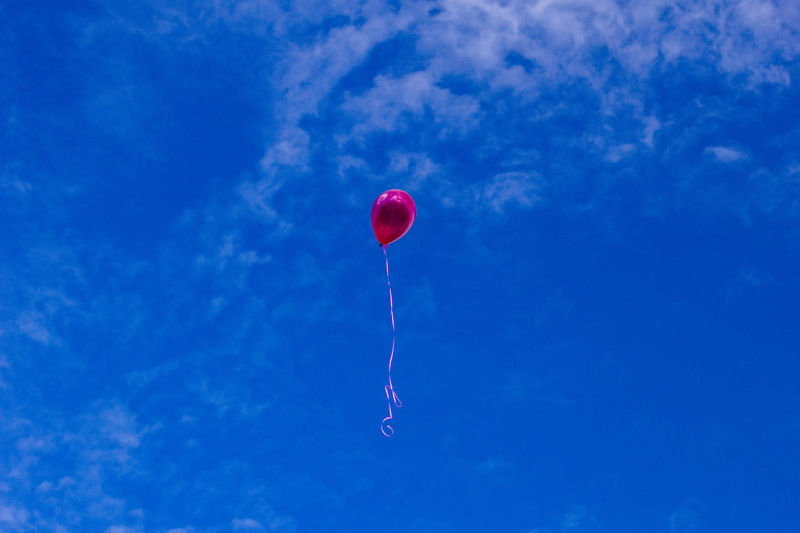 A couple of days ago, I was playing with my three-year-old son when a red balloon floated into our garden. His reaction was astonishing. Full on, Christmas-level excitement. He ran outside to grab it, brought it in, chased it around the room, and all the time I was wondering why I don’t keep a packet of balloons in a kitchen drawer ready to rescue any tricky day. And then, as quickly as it had appeared, he’d burst it. Total heartbreak. I thought about the way his emotions swing so fast, and how exhausting it must be for him.

But then today, I realised that that swing is just the same for us parents. In a few short hours with him, my emotions ran riot.

I had to pick him up early from nursery to take him for an eye test. It wasn’t much, as adventures go, but it’s rarely just the two of us now his sister’s on the scene, and I’d taken a picnic for his tea, and he seemed quite excited about the whole thing. When the optician asked him to sit on the red chair, he asked whether she had known that red was his favourite colour, and every time he correctly matched a letter in her hand to a letter on the chart in front of him, I swelled up with pride. Just because he can see, for pity’s sake!

By the time we’d picked up his sister from nursery, got home, drunk milk and read some stories, I was feeling tired. My husband works away for part of the week, and I find solo bedtimes tough. So when I found them both on the landing emptying a bookcase, something in me snapped. I undressed her and told him to get undressed. He lay on the bathroom floor, kicking the door repeatedly. I asked again, and again. In the end, I took my daughter to her bedroom, got her into her pyjamas and put her to bed, and when I returned to the bathroom, he had removed one sock. I was fed up; fed up of him ignoring me and everything being such a battle.

When he finally removed his clothes, his tummy was covered with green felt-tip pen, his vest stained. He went from refusing to tell me how it happened to admitting that a boy at nursery did it. ‘Did you want him to do it?’ I asked. Stranger things have happened. ‘No,’ he said, emphatically. My heart lurched as I imagined bullying scenarios. But I pressed him a bit further and came to the conclusion that he was a willing participant. I got a sponge and scrubbed him, but he still went to bed with a green tinge to his belly button.

When he got out of the bath and I wrapped him in a towel, he put his arms around me and hugged me tight for a long time. ‘What’s this for?’ I asked. ‘It’s just because I love you so much,’ he said. Everything else that had happened fell away. He got into bed and I lay next to him, full to bursting with love and pure, pure joy.

As he fell asleep, I went over that huge spectrum of emotions. This is why parents are exhausted, I thought. It felt like a revelation. Yes, it’s the sleepless nights, of course it is. But it’s this, too. Swinging wildly from irritation to pride to frustration to sheer joy on a minute-by-minute basis. I felt oddly at peace, partly because I felt like I’d settled something and partly because both of my children were asleep. Two minutes later, my daughter woke up screaming, and I was up the stairs and back on the emotional rollercoaster.

Like this? Why not share it and spread the MOLO love! You can read Laura’s brilliant Motherload blog  We Need to Talk About: Living With Breast Cancer. For the very latest from our writers, visit The Motherload® homepage