Seven Great Reasons to Have a Small Age Gap 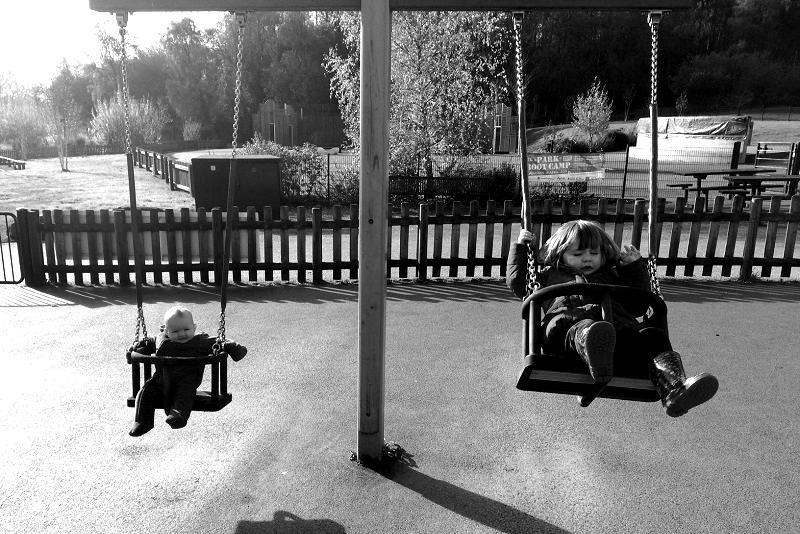 If there’s a phrase that strikes fear into the hearts and minds of parents everywhere, it’s ‘Two Under Two’. If you admit you’ve survived it, it’s basically akin to declaring yourself a war veteran.

If you dare to venture out of your house with the two tiny tiddlers in tow then be prepared to face a barrage of remarks about how utterly busy, exhausted and harassed you must be (best comment ever was from a man who peered into my double buggy in Asda and said ‘oh, there’s two’. I mean, how do you even respond to that?).

There are 18 months between my babies and the youngest is now eight months so it’s all par for the course in our house – and yes, there have been tears, tantrum and turds galore (and the kids have been hard work too). But I’d also like to reassure anyone considering the Two Under Two scenario, accidentally or deliberately finding themselves there, or just those who are a little bit curious: it can be okay.

It’s not going to be perfect 100 per cent of the time and it’s certainly not a walk in the park, but nothing about parenting is – whether you have months or decades between each offspring. So, here is my list of good things about having a small age gap:

1. They say baby brain lasts until two years after you give birth

That means you’re still very much in the throes of it when baby two comes along and you can fully claim insanity whenever you might be in a tricky situation. You can’t be held accountable for any action, loss of precious item or ridiculous decision you make because now you’ve got baby brain to the power of two.

2. Bum-wiping is over and done with sooner

I imagine getting past the stage where you’ve stopped needing to wipe anyone else’s arse for them, then getting pregnant and doing the whole announcing and celebrating thing before realising you’ve got to start it all again is pretty rubbish. Nappies never crept off our shopping list so changing a new bum is less of an ordeal (My secret delight in life is using one nappy bag for both children’s nappies when they both need changing at the same time. I’m sure I will have saved at least 5p doing this by the time the oldest is toilet trained).

Having a slightly older child means you may need to field some enquiries about exactly how the baby happened. Our little girl had just turned one when we discovered we were expecting, so she just accepted the fact mom got a bit fatter and then a new thing came to live with us.

This may not work in every house but our baby thinks everything his sister does is the funniest thing ever. He has a point – toddlers are nuts! They run around, pull funny faces and remind you constantly exactly how closely related we are to monkeys. It’s like having a built-in baby entertainment system 24/7.

I’m hoping this will remain true in the future. Currently they play with the same toys and enjoy the same TV shows. Hopefully when they’re six and seven they’ll still share the same ideas about what’s an enjoyable way to spend a day – more so than if there was a big age gap anyway.

Ever tried getting a five-year-old and a 12-year-old to wear the same outfit? Not. Gonna. Happen. We’ve slightly reduced our matching opportunities by having a boy and a girl, but they both got the same festive t-shirt to wear at Christmas – freakin’ adorable!

7. Everything gets done and dusted much quicker

This is a similar point to the nappies. In a couple of years, we’ll be done with bum changing, bottles and weaning. We’ll get everything done in one chunk, get the toddler years out of the way and then we’ll have a good few years to wait before we enter the dreaded teenage zone!

And some slightly less enjoyable points…

1.You get to hear the phrase ‘you’ve got your hands full’ at least 13 million times a day. And that’s always fun.

2. Trying to manoeuvre a double pram around the shops is akin to a Winter Olympics ski slalom.

Like this? Share it, and spread the MOLO love! You can read Harriet’s last blog The Best and Worst of CBeebies, or for the latest from The Motherload®, head to our homepage.

Owner of a toddler, baby and husband. Survivor of ‘Two Under Two’. Former journalist turned PR freelancer. I want to be Dolly Parton or Judge Judy when I grow up. You can read more on my blog and follow me on Instagram