The Best and Worst of CBeebies 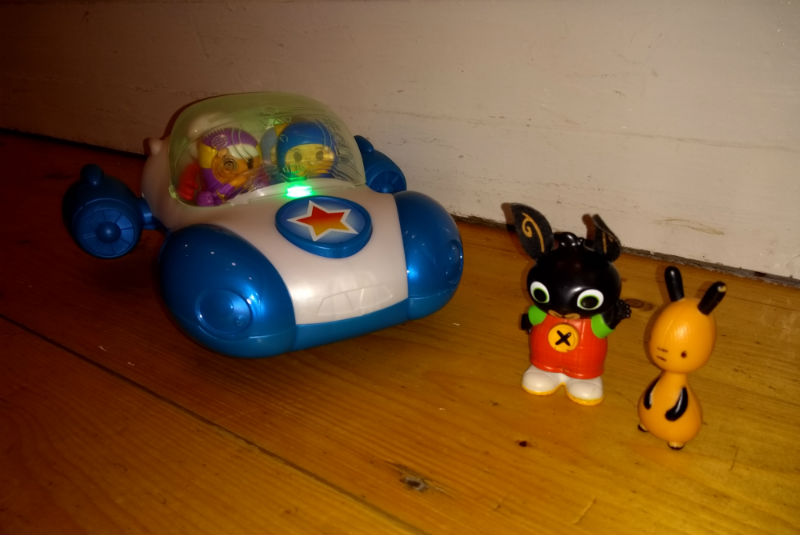 If you’d told me a few years ago I’d be laughing along at a man on television who tells the kind of jokes my dad finds hilarious, hangs round with a polite robot and dresses up as a clown, or that I’d be irrationally irritated by a whiny pre-school bunny with a patient foster carer half his size; well, I’d have probably wondered what planet you lived on.

Now of course, CBeebies is our most watched television channel, and I’m firmly invested in the plot of such delights as Hey Duggee and the Furchester Hotel while I spend an inordinate amount of time wondering why on earth all the people on Kate and Mim Mim are so patronising and why Postman Pat is so terrible at his job.

Whether you think it’s the best thing ever or you can’t stand it, there’s no denying that most parents have an opinion on CBeebies – and when we asked the MOLOs what their thoughts were they certainly didn’t hold back on their opinions!

So here is the official Motherload guide to the best and worst of your toddler’s favourite TV channel:

In theory it sounds like a perfectly innocent programme: pre-school bunny has adventures with his furry friends and is looked after by some sort of babysitter/foster carer who teaches him a life lesson each episode. However, when you tune in you quickly realise he’s the most annoyingly whingy thing ever, his carer person is smaller than him (much smaller, and it’s never explained) and he thinks everything is a ‘Bing thing’ (I must have missed the episode where being the world’s most irritating brat is described as a Bing thing). He attracted a whole load of negative comments from the MOLOs:

Chrissie Driver summed it up: “He’s just such a moaner.”

Jodi Leake added: “Some of the words he uses are terrible! He’s a spoilt brat and how on earth is Flop his dad!”

The other characters didn’t escape the criticism either.

Angela Campbell said: “It grates on me that the panda only ever seems to just wear knickers come rain or shine – put some fucking clothes on!”

This also got to some of the MOLOs, with Fritha Chambers saying: “Why is there only one series of Olobob? My son just shouts bob bob at the TV all the time when it’s on and we’ve seen every episode at least 4/5 times.”

Laura Wilson added: “I hate that everything repeats twice a day, just so if you have a super lazy day you can feel extra shitty about your life.”

There were also specific complaints about the singing on My Pet And Me, Mr Bloom’s rather strong Northern accent, how catchy some of the songs are leaving them in our head for days or hours on end and how ridiculously calm all of the parents are (I’ve been watching for two years now and I’ve never ever seen a parent roll their eyes and mouth ‘for fucks’ sake’ at any of the moans, tantrums and meltdowns that have occurred.)

Whether he floats your boat or not, there’s no denying Justin is EVERYWHERE. If he’s not donning a tracksuit to become Keith Fit on Gigglebiz (a personal fave of mine) or teaming up with Robert the Robot in Justin’s House then he’s donning his Mr Tumble guise. He’s like CBeebies’ answer to Ant and Dec a few years ago when they presented every single show on TV.

Dani Taynton said: “I know Justin/Mr Tumble is Marmite but my little one has had some quite bad speech issues and has learned to sign and some words from that show with the repetition has really helped him.”

Lauren Sullivan isn’t a fan: “I hate anything with Justin in it even though my daughter loves it!”

The oddness that is In The Night Garden also had some of you scratching your heads while others embraced what is arguably one of the weirdest shows on CBeebies:

Lauren Colclough said: “It’s the strangest thing I’ve ever watched but at the same time a god-send just before bed.”

Haley Lauren Welsh has possibly been thinking too much about it: “I mean…what the actual fuck? It’s so weird, but babies go mad for it. I started to think the other day, is this what it looks like inside a baby’s mind? Is that why they love it so much?”

One thing many MOLOs commented on was how great the lack of adverts was, meaning your little darling wasn’t spending their day demanding everything they saw to be added to their Christmas list.

Jill Davis said: “I love that there are no toy adverts and my kids genuinely learn stuff watching. Some of the programmes are actually quite funny for grown-ups too like Gigglebiz. The best thing they do is the brilliant live pantomime shows.”

Most of the offerings, just as with those on other channels, had those who loved them and those who loathed them but the one which attracted tonnes of positive comments was Go Jetters! A unicorn wearing a glittery jumpsuit is enough for me to love it, but when you add in a villain with comedy facial hair, the Funky Facts song and that being slightly good at gymnastics is considered a superhero skill, this programme is everything good about children’s TV.

Detta Hannon’s little one wasn’t so impressed though: “I just really enjoyed the You Can’t Glitch This song and danced around showing my horrified son my best MC Hammer moves.”

And of course, the one thing EVERYONE agrees on is that Tom Hardy reading the bedtime stories is the best thing about parenting:

Bryony Jenkins was in agreement: “Best thing: Tom Hardy. Worst thing: Why has Tom Hardy not come back yet?!”

And this comment just had to be included! Nicky Frost said: “Best thing is sitting there as an adult seeing all the existential questions that the programmes throw at you. Who is Flop? Why doesn’t he wear clothes and why hasn’t social services done anything about that yet? What is the night garden? Is it Iggle Piggle’s final dream before he succumbs to death by freezing on his lonely little boat? What’s the beef between the Wattingers and the Pontipines? What exactly does Joy take that means she can always cope so calmly with Topsy and Tim and where do I get some?”

Like this? Share it, and spread the MOLO love! You can read Harriet’s last blog High Risk Pregnancy: A Brave Decision, or for the latest from The Motherload®, head to our homepage.

Owner of a toddler, baby and husband. Survivor of ‘Two Under Two’. Former journalist turned PR freelancer. I want to be Dolly Parton or Judge Judy when I grow up. You can read more on my blog and follow me on Instagram
Image credit: Alison McGarragh-Murphy