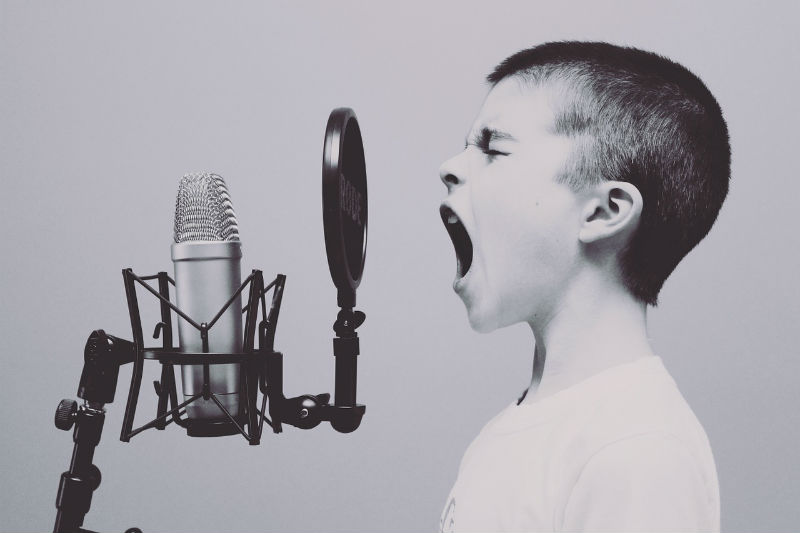 Smacking was a no-brainer: I always vowed never to smack my children. But shouting? I’d never really given it much thought. That was until I looked at my son, his eyes swimming with tears, biting his bottom lip because mummy had just bawled him out. And then I felt sick.

I can’t excuse myself; I can’t bear being shouted at and it’s certainly not something I want to do as a parent. But I lost my temper. I snapped. My eldest hurt my youngest and primal-me reacted in an instant and ROARED. He’s only three and he looked scared. Of me, mummy. And that’s the last thing I want. I am his protector, his safe haven, always steady and always his. I do not want to shout. He started shouting too, and although it is perhaps something that all three year olds do, if I’m going to teach him to stop shouting, it’s something I have to stop doing too.

Then it happened again. One of those situations where you’ve been at work all day after being up through the night and you’re changing the baby’s nappy and the eldest starts climbing on you, and the baby flips over and tries to escape and you say, gently, ‘stop climbing, please get down…mummy is feeling cross, I’m trying to change a nappy, please stop climbing, get down now, if you don’t get down now mummy will start to feel angry, I’m going to count to three and you need to get off me please – WILL YOU GET DOWN NOW!!!!’ And the impact is slightly less the second time. The shock and the sadness are less acute for my son but not for me. I shouted and I feel like shit. This is not who I want to be.

So I turned to trusty Google and discovered an article helpfully named ‘How to Stop Shouting at your Kids’ and I read it and the advice from Dr Laura Markham kinda made sense. So I followed the steps. I’d already talked to my son after the shouting incidents and said sorry and that I was wrong, and that’s part of it. But I also needed to make a commitment, out loud, to stop shouting – by putting it out there it becomes tangible and I can be held accountable. So we talked about it and I told him that we shouldn’t shout at each other and I made a star chart. It had lots of easy wins for both of us, like brushing teeth and eating nicely, and a few tougher ones including ‘Did I shout today’. I have to say, when it was laid out as hard data on a star chart, it became clear that my son shouted a lot more than I did. But that’s okay, he is three, he is little and learning and his emotions bubble so close to the surface that of course he is going to let rip sometimes. I am a grown up who has – mostly – learnt to control their emotions. I am the leader, and the example who is supposed to civilise my feral little beast.

I am also human, fallible and imperfect. And I’m prone to being hard on myself. But shouting felt wrong in my guts and I do try to listen to them. I was wrong to do it and I will probably be wrong in the future, but I’m getting better. If I feel the anger bubbling – maybe because I’m stressed with work, life, all the grown-up gubbins that really doesn’t concern the small folks – I can step away before I blow. I can say ‘mummy is feeling angry because of x,y,z’ and I can go and give myself time to cool down. When life and limb are threatened, like when a three year old is running towards a moving zip-wire or a one year old is about to bounce off the sofa, I forgive myself the odd bellow. But I don’t want to be angry shouty mum, I’ve made that commitment and I’m getting there.