Anonymummy: The Story of a Step-mum 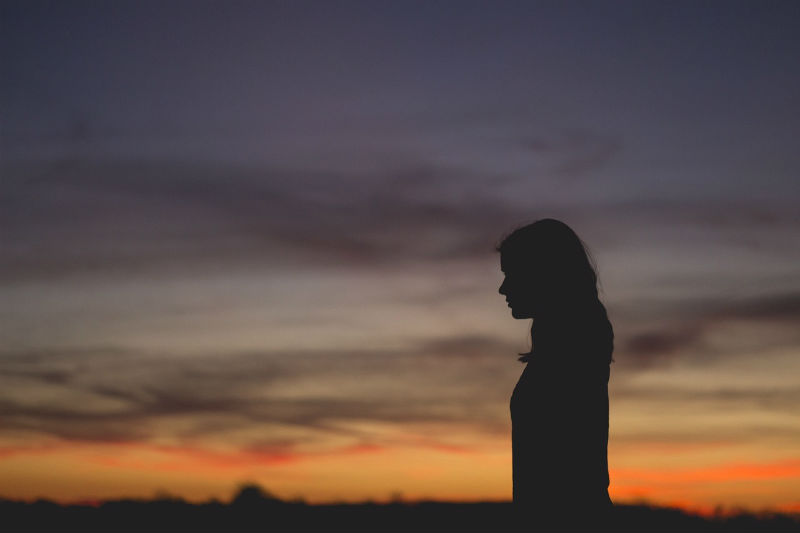 Here’s a little bit of background for you – I met my other half Luke in 2011. After a few months and the exchange of I love you’s he dropped the bomb that he had two kids. He’d kept it from me rightly or wrongly because at the time he was unable to see them and it was killing him. He didn’t like to talk about it and so never told me. Here I was faced with a dilemma. Did I walk away from the man I thought I was going to spend the rest of my life with or did I stay and become a step mum?

I didn’t have any children of my own at that point and the thought of someone else already calling him Daddy, of him already having been through pregnancy and childbirth with someone else rather that it being the first time with me was something big that I had to get over. I stayed knowing that this decision for me was life altering.

In my mind when thinking about my step kids I had visions of making the best of it. I’ve always loved kids and couldn’t wait to have my own. The adults would all sit down to meet first and talk about how we’d make this work. I could be an extra pair of hands, I could pick them up from school if it was ever needed. I’d be with them just like I am with my nieces and nephews – fun and friendly. We’d have a great relationship! Oh how wrong I was.

Time passed and the relationship with his ex got better and the time for me to be introduced drew nearer. Except his ex didn’t want to meet me (and still doesn’t). I have to say this flabbergasts me. I now have children of my own and god forbid we ever broke up the first thing I’d want to do is meet the new woman my kids are going to spend time with. This was to be the first of many things that would be totally out of my control.

Me and the children met, Lucy was five at the time and Josh who was three. To say it went badly was an understatement. They barely looked at me, hid behind their dad and requested to go home early. Not unusual for kids to be shy and unsure of a new person I hear you say except we’re five years in now and the relationship is only just starting to get a bit normal.

They would fall and hurt themselves or be sad about something and my female instincts would kick in and I’d want to hug them or comfort them. I was shunned away. I’d be left out of decision making and just be informed as to what was happening. They’d walk into our house and wouldn’t even say hello to me. I’d be busy in the kitchen and they’d say ‘Daddy what’s Liv doing?’ like I wasn’t there rather than just asking me. It felt and still feels like them and me. I’m the outsider to their gang.

The kids got older and new challenges arose. They would make fun of me, call me fat, make jokes about my hair and do most of this when their dad wasn’t looking. I’d talk to him about it and he’d tell me they’re just kids, it’s just fun. I felt stupid like I was telling tales on them and but couldn’t discipline them myself because they would just go back and tell their mum that I was horrible and she could use that as ammunition for him not to see them anymore. I couldn’t be the reason for that and so I swallowed it and kept it in. I get told that I’m not family because we’re not married. They’re not allowed to be alone with me because they ‘don’t know me’ and that Daddy is in charge of them and me because I’m ‘young’. I’m six years younger than their dad and mum and approaching 30. They don’t see me as an authority figure and therefore have no respect for me. This is one of the most difficult things I battle with.

I once spoke to close friends about how I was struggling with them, about the lack of a bond between us, how I liked them but didn’t love them, in fact sometimes I didn’t even like them and I got told in harsh words that I couldn’t say that! I had to love them, they were my kids now!

They’ve been brought up in a totally different way to how I bring up my kids. They don’t think how I think, they don’t talk how I talk, they don’t behave like my actual kids yet I’m meant to love them like my own? I can’t discipline them – I’ve tried, they laughed at me. I can’t be affectionate or comfort them, I can’t have a conversation with them without it feeling a bit awkward. They are just people who come in and out of my house, help themselves to my fridge and exist alongside me but not with me.

They live in a different town to us, only 45 mins drive but to them (and their mum who by the way has never made that journey, we have always picked up and dropped off) it’s an issue. At the start of our relationship they’d ask on a weekly basis when daddy was going to move back closer to them and they still after five years don’t stay over at our house because it’s ‘too far away’. This breaks Luke’s heart and I’m helpless to do anything about it.

It’s not all bad, now we have three kids of our own and that’s made a difference. I can’t deny that they are really good with them. My boys get so excited to see them and they play together beautifully which is such a blessing. Lucy is getting better and not being so nasty towards me and Josh is turning into a typical 8 year old boy who seems almost oblivious to everything but they still don’t feel fully like part of my family.

I think as a step dad you see your step kids more often, you live with them, you have more opportunity to become a family together but as a step mum you’re always a bit of an outsider. I’ve even had friends tell me that as a kid themselves they absolutely loved their step dad but would annoy their step mum just for the fun of it because they weren’t as close. Step mums in the children’s eye are quite often the enemy.

It’s frowned upon to say that you struggle with your step kids. Only those very close to me know my true feelings – not even Luke knows everything. I can’t tell him that sometimes I don’t want to see them because if someone said that about my kids I’d be livid. I can’t say that I find it overwhelming that one day of every weekend for the rest of my life is taken up seeing them and I have no choice in that. I can’t tell him that I don’t love them.

But I can tell you. It’s a hard job and I hope you won’t judge me for what I’ve written. There are step families that get on like a house on fire and have no problems at all but that’s not the story of me and my step kids.

I’m hopeful it will get better, some things already are. There may always be a struggle but that’s the choice I made to be with the man I love, and as mums always do – I will carry on.

You can read the last Anonymummy blog about domestic abuse here