Terror in Manchester: Being a Journalist and a Mum 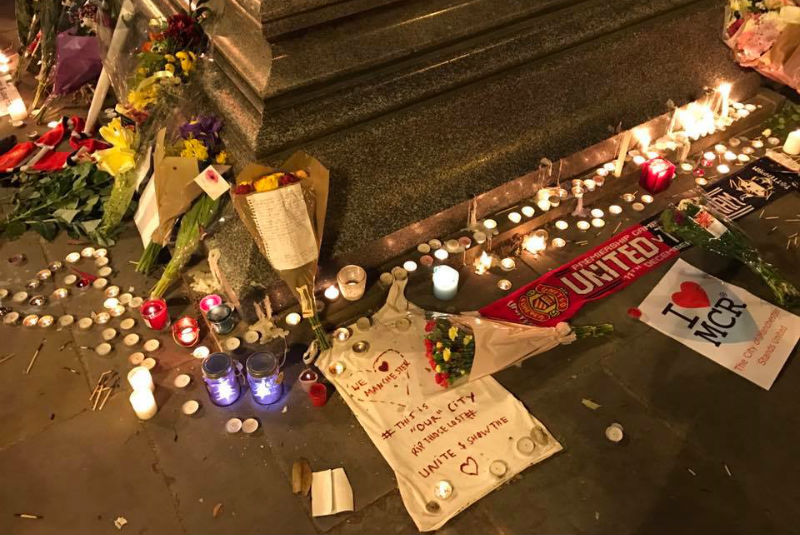 I am a TV reporter, have been for 16 years. And there is an old adage in journalism, that often your job is about people’s worst day, or their last day. News can be tragic, sobering, enraging, shocking and controversial.

That was true before I had children. But then, I didn’t wear my heart on my sleeve. Then, my skin was as tough as rhino hide. Not any more. Not now I have two beautiful daughters. Not now I was working on a story about a bomb going off at a children’s concert in Manchester.

As I worked, all I could think about was, what would I do if that was me and my children there? The horror those families must be going through. The trauma and carnage, the death. Even if the children were safe, they would be traumatised. Life-changing devastation.

I was on an overnight shift at ITV Good Morning Britain, when the news of the terror attack unfolded. When the story first broke at about 11pm, for a few minutes we all thought it was likely nothing much. After all, the tannoy announcement inside the Arena was saying that a balloon had exploded in front of a microphone. Nothing to fear here.

How terribly wrong they were.

The first inkling of the true scale of what had happened came 30 minutes later, when we watched a car “dash cam” footage, recorded the moment that the explosion went off. It showed a faint flash of light, then a huge bang. We all gasped.

But still, how did we know this video wasn’t fake?

Then our colleagues, who had rushed to the scene, reported that they could see children coming out of the Manchester Arena covered in blood.

Eye witness videos were being uploaded thick and fast to social media. And footage was from our camera crews at the scene. Many of the pictures were too graphic to ever be broadcast. Those images, of terrified and injured families will stay with me forever.

Incredibly quickly, the police confirmed 19 dead, 50 injured. That it was terrorism. Potentially a nail bomb. That there were possibly more devices about to explode. Police were carrying out controlled detonations. It was around 1 am.

For a long moment, all of the journalists in the newsroom stood huddled around our bank of TV screens. Gasps, then silence. I looked around.  All of us frozen in time for a moment.

That is a very, very rare thing in a bolshy, noisy newsroom.

As we went on air at 6am, the network extended our programme by an hour, to 3 and a half hours of live breaking news.

It was too early for answers to the classic reporters questions: who, how, why?

It was about emotion, especially from the parents we interviewed whose children are still missing. Can you even imagine?

It is true to says there is a buzz to working on a live programme with breaking news. I don’t deny it. I am a news junkie through and through.

But as a reporter, I am also very aware that as we come off air,  as my shift finally ends after 14 hours overnight, that this hasn’t ended for the people whose lives have been so deeply affected.

It has only just begun for the parents and children who are being treated at eight hospitals across Manchester. Including by my brother, who is a Consultant Anaesthetist at the Manchester Children’s Hospital.

So you know that heart of mine, the one I now wear on the outside because I am a mummy?

It goes out to them.
You can read The Motherload®’s response to the terror attack on Manchester, as five mums try to make sense of the atrocity in #WeStandWithManchester

Gillian is the Mummy to two girls, Sophie and Zoe, and wife to Greg. She is a freelance TV Journalist the rest of the time, mainly for ITV national news. She also lectures in Journalism at Oxford Brookes University. Secretly, she really wishes she was CJ Cregg and lived in the West Wing Universe. Atheist, news junkie, feminist and lover of all gossip.
Image credit: Steve Holden