Facing Terrorism: United We Stand, Divided We Fall
Terror in Manchester: Being a Journalist and a Mum 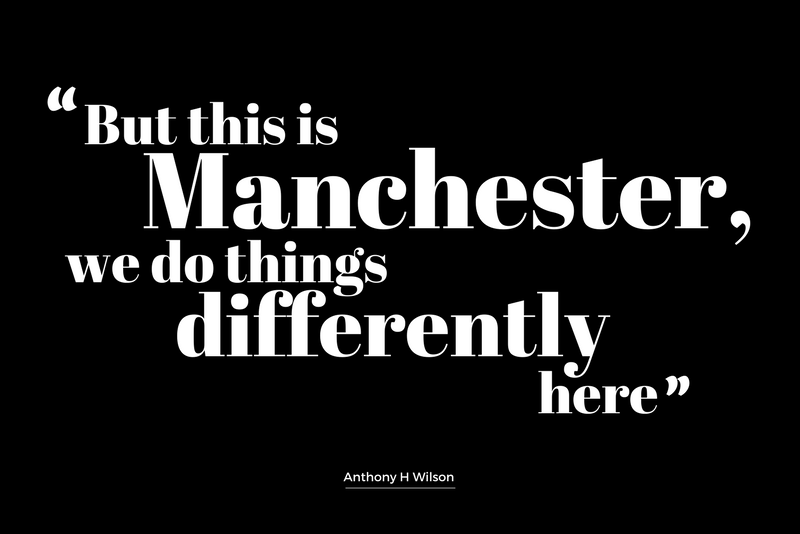 There is a deep sadness inside my heart that I must discuss such awful atrocity with my daughters, but I will.

Last night, at ten-thirty in the evening, a suicide bomber detonated a nail bomb in the foyer of the Manchester Arena, at an Ariana Grande concert. Twenty-two people – many of them very young – have lost their lives, with many more injured or missing. The majority of the audience at this event were young – children, teenagers, some without their parents in tow, some experiencing freedom of ‘adulthood’ for the first time.

This morning I immediately thought of Maggie Smith’s beautiful poem, ‘Good Bones’. “Life is short, though I keep this from my children” she writes. I sat and thought about this first line as my five year old daughter asked what is happening on the television. Sadly, it’s the not the first time that I have had to answer her questions; Nice, Brussels, London. These attacks have all hit her consciousness, and we have discussed them as much as her understanding allows.

As the saying goes, knowledge is power. There is a deep sadness inside my heart that I must discuss such awful atrocity with my daughters, but I will. Because I will arm them with the knowledge that these horrendous events can happen, and protect them through the information and awareness they have about the world they are growing up in. I’ll teach them ways to reach safety should they ever be affected by such horror. I’ll answer their many questions so that they know they can discuss their concerns with us, their safe place, their parents. 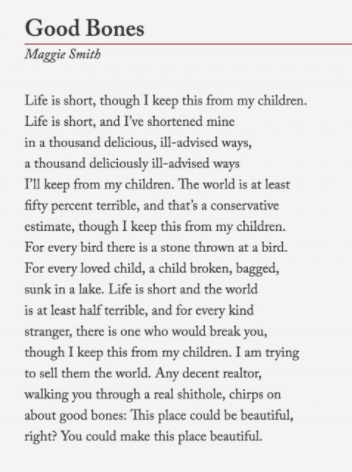 But I’ll always strive to teach them that this world is beautiful, even in the aftermath of terror. That cities like Manchester, London, New York, Paris are not to be feared, but to be explored, experienced and embraced. I’ll teach them that kindness holds more power than the acts which make us fearful; that the helpers are the people to look for in the images that they see in the news because that is the rally-cry of humanity refusing to allow fear to reign. I’ll teach them that there are so many incredible places to see, cultures to discover, religions to probe. Our world, and universe opens up secret after secret every day, and though the enormity of the attacks may be overwhelming, we must remember that the world is bigger, more beautiful and better than one person’s terrible actions.

As Maggie Smith writes, “This place could be beautiful, right? You could make this place beautiful.”

Let’s make this world beautiful. Because that is how we truly fight terror.

Much love to you, Manchester.

You were not cowed by the IRA, and we will not be cowed today.

“Manchester….the belly and guts of the Nation”.

From ‘The Road to Wigan Pier’ by George Orwell.

Manchester is my spiritual home.  I’m a northern girl, who moved to Manchester to go to University.  Although I no longer live there, it retains a special place in my heart.  I met my husband there, and made many friends there.   It’s a wonderful city that welcomes all.  It has a long heritage in music, and is somewhere you can find support for everything from small local bands and niche artists through to international superstars. Passionate support for sport.

I wanted to find some eloquent words to describe Manchester.  But today I can’t. I don’t think Manchester is something you can describe, it is something you experience.  If you have ever visited the city, you’ll understand what I mean.  I think the comedian Jason Manford summed it up best last night with these words;

“Manchester.
Emergency services across it in moments.
Taxi drivers offering free lifts home.
Local hotels offering safe haven for children and families.
Local people offering beds for the night.
Whatever has happened tonight, we are stronger together and will not be beaten.”

Manchester: the city that welcomed me with open arms. You were not cowed by the IRA, and we will not be cowed today.

Last night should have been exciting, unified, inspiring, and utterly joyful…

I was 15 when I went to my first ever gig, an organised coach trip to Birmingham NEC to see Depeche Mode, just me and my friends. And a few thousand others. We were being trusted to go alone, and our parents trusted that we would be safe. We soaked up this brand new experience, the songs that we loved blasting out louder than anything we had ever heard, we felt unified with the surging crowd of fans around us, all singing along to Personal Jesus, and we drank in our idols right there in front of us, on the stage. It was an experience which filled my heart, left my ears ringing and ignited a life-long love of live music. That’s the experience every child at last night’s Ariana Grande concert in Manchester should have had; excited, unified, inspiring, and utterly joyful. Their parents trusted they would be safe, and they should have been. But they weren’t. It breaks my heart that a terrible, terrible coward decided to take his own life, and the lives of 22 others. That he decided to wreak injury, death and terror on a group of kids who were having the best night of their lives. That he took something beautiful away, forever.

All my love to those in Manchester,

I am angry. I am heart-broken. I am desperate and I am hopeless.

I am angry that there are people in the world who target the innocent in order to spread their evil. I am heart-broken that people who were meant to be out making memories and living their lives to the fullest, have lost them. I am desperate to make some sort of difference with my voice, one of many in an angry and disbelieving world of torture and tragedy. And I am hopeless because I don’t want my daughters to grow up in a world that looks like this.

But then I think just how lucky I am. Because along side my anguish and fear I am comforted in the knowledge that I get to drive in my car, and collect my daughter from preschool where she has spent the morning with her friends. I become struck by an overwhelming sense of guilt. Why was I born into a relatively safe country when so many aren’t?

When a tragedy happens it sends shock waves through our community because these tragedies and losses are so rare. Suddenly they have brought the hate to our doorstep. They have brought the fight to us and we cannot let them win. We shouldn’t simply let go of our anger, heart-ache and pain. We should let it fire us up, to make a difference. To all those affected by conflict. Offering safety and above all else, hope.

I know I’ll hold my children a little tighter tonight

After the recent terror attacks elsewhere in the world, I wondered how long it might be before the UK was hit. Waking up to the news this morning, the fact that they had targeted somewhere full of young people and children was truly heart-wrenching. The attack reeks of cowardice, but no doubt this is of little comfort to those affected. I can only imagine the pain that some mothers and fathers will be feeling this evening, knowing that their child will not be coming home. As parents, we have a duty to gradually increase our child’s freedom and independence in the world. This part of the parenting role can feel difficult enough, but it becomes an agonising task when the dangers our children face include those that are so viciously man made. I hope that we will be able to stand together, supporting each other and united against the minority who are intent on causing harm. I know I’ll hold my children a little tighter tonight, cherishing their love of life and the way that they try to see the good in everyone.

Manchester, we are so very sorry. #WeStandWithManchester