100 Years of Votes for Women: Thank You, Suffragettes 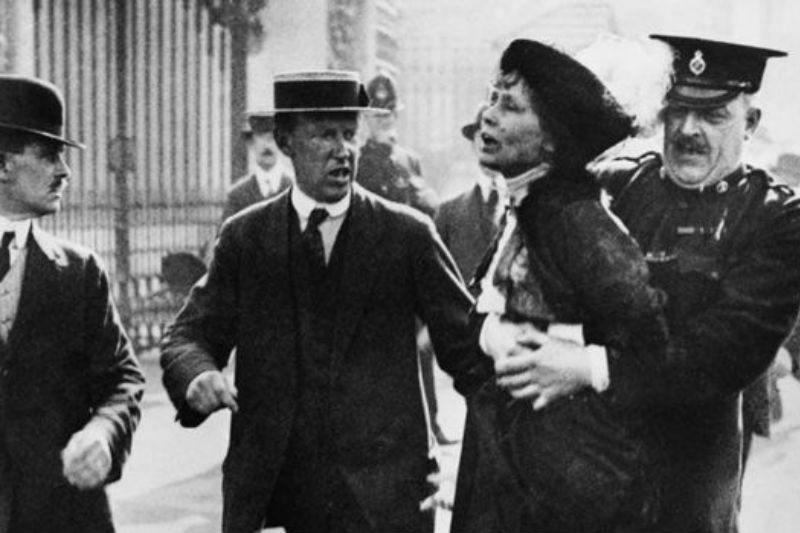 100 years after women won the right to vote, Motherload founder Kate Dyson and editor Alison McGarragh-Murphy reflect on the political and personal legacy of the Suffragettes…

The Political Legacy, by Kate Dyson

For many women in 2018, having the right to vote comes with a great responsibility and it might be that you don’t feel that you are always equipped to be able to make a decision you are firmly resolute in at the ballot box.
It can be sorely tempting to bury our heads in the sand, and choose not to partake in the democratic process in the UK. After all, look at Brexit, and the way that the political machine cajoled and manipulated the public! It can feel that unless you have a Philosophy, Politics and Economics degree, it’s just WAY too complicated and let’s face it, we are busy and it’s hard to find the time to sit down and sort through all the wealth of information, news, articles and social media posts that overwhelm us during a General Election or Referendum.
So why, as women, is it important that we vote?
100 years ago, women like you and I risked imprisonment, torture, and force-feeding in order that we have the right to choose whether or not to cast a vote. Before 1918, women had no right to take part in politics. They had no right to own property, and everything they did have was under the ownership of their husband – including their vote. If you didn’t agree with the way your husband voted at the ballot box, you had no say to voice that. You had no part and no ability to shape the world in which you brought children into; and even if you were intelligent, educated and employed, once married you were expected to give that up to be a wife, companion, mother and housekeeper.
100 years ago, women such as Emmeline Pankhurst and Emily Davison took to the streets and fought, sometimes with violence but never to risk life, for their right to vote. The word Suffragette has become synonymous with feminist, and in the same way many men also were suffragists, fighting for the vote. Suffragettes who were caught and imprisoned were not treated as political prisoners (because that would give credence and leniency to their incarceration) but Division 2 criminals, and were treated roughly; often tortured and as we know, force fed when they engaged in hunger strike protests.
To us now, in 2018, it’s easy to become anaesthetised to the horror of force-feeding but many women who received this ‘treatment’ spoke of emotional and physical breakdowns following their release, some to never leave care facilities due to their injuries.
“Lady Constance Lytton, who disguised herself as a poor woman named Jane Warton in order to gather evidence of differential treatment. Warton was “held down by wardresses as the doctor inserted a four-foot-long tube down her throat. A few seconds after the tube was down, she vomited all over her hair, her clothes and the wall, yet the task continued until all the liquid had been emptied into her stomach. As the doctor left ‘he gave me a slap on the cheek’, Constance recollected, ‘not violently, but, as it were, to express his contemptuous disapproval’. Warton was forcibly fed seven more times before her true identity was revealed and she was released. Constance never fully recovered from her ordeal – she suffered a stroke in 1912 and died in 1923.”
But let’s face it, that was literally 100 years ago and it’s hard to relate to the struggles of women who wore corsets and long skirts, right?
Or not. Because without the Suffragettes, we wouldn’t have the ability to have our voices heard over so many relevant issues today. The gender pay gap; women will typically earn 17% less than male colleagues for the same role in the UK (2015). Social and economic outcomes are lower for single mothers than any other group in the UK. The #metoo movement has shown us most recently how powerful men still have control over women’s bodies, minds, careers and ability to earn. The Suffragettes started something that we cannot ignore – and regardless of whether you, as a woman identify as a feminist or not, are likely experiencing in some form or another even today.
Your right to vote isn’t about a cross on a piece of paper for a political party you have no faith in. It’s about the women who died for your right to make that mark, 100 years ago.
I thank Emmeline, Emily, Sylvia, Kate, Millicent, Susan, Elizabeth and the thousands of women, who stood alongside them, for my right to vote, and for fighting the fight for us, you, and me.
Kate Dyson

The Personal Legacy, by Alison McGarragh-Murphy

I’m not sure when it happened but the story of the Suffragettes seeped into my soul as a child and never left. This band of women, who were powerless,  disenfranchised and disillusioned found their voice and rose up and fought not just for themselves but for all women, for all time.
And not only did they fight, they won.
The 6th February 2018 marks one hundred years since the Representation of the People Act became law, extending the vote to women over the age of 30 who met certain property criteria. The Act also granted all men over the age of 21 the right to vote, so it was far from equality – but it was an enormous, and long-awaited leap. It took another ten long years before all women over the age of 21 were given the right to vote.
Emmeline Pankhurst, who formed the Women’s Social and Political Union and the incredible women who marched and campaigned, and chained themselves to railings and smashed windows and were imprisoned in Holloway and force-fed and were beaten in the Black Friday protest are often in my thoughts. I watch old newsreels, and read about the injustice they faced and feel anger bubbling inside. They are my touchstone, my inspiration and I gain strength from them. So much of who I am, what I have, and what I achieve is because of the rights they won for women.
I think of the Suffragettes surprisingly often considering they were active more than a century ago. I think of them when I see their colours, green, white and violet (give women votes). I think of them when I wear my amethyst ring, and when I hang the Suffragette decoration on my Christmas tree (F is for feminist, not fairy in my home). I think of them when I read Goodnight Stories for Rebel Girls to my son and daughter. But most of all I think of them when I vote in an election and I marvel at how my great grandmother Sarah Almond did not have the right to vote when she turned 18, as I did. She may never have voted, as she died when she was in her early forties. There were just two generations between us – we were close enough to touch – yet our experiences as women were worlds apart. Every polling day, I stride proudly down the road to the polling station, my young daughter strapped into her pushchair, to cast my vote, to have my say, to claim my power. And it’s all thanks to those incredible women who fought for all women, for all time.
Alison McGarragh-Murphy
Like this? Share it! For the latest from The Motherload®, head to our homepage

Founder of The Motherload®. Wife, mum to two girls, two cats and shit loads of washing in baskets that sit around the house waiting to be ironed. It never happens.Hater of exercise, denier of weight gain, lover of wine. Feminist.