The Curse of Collectables 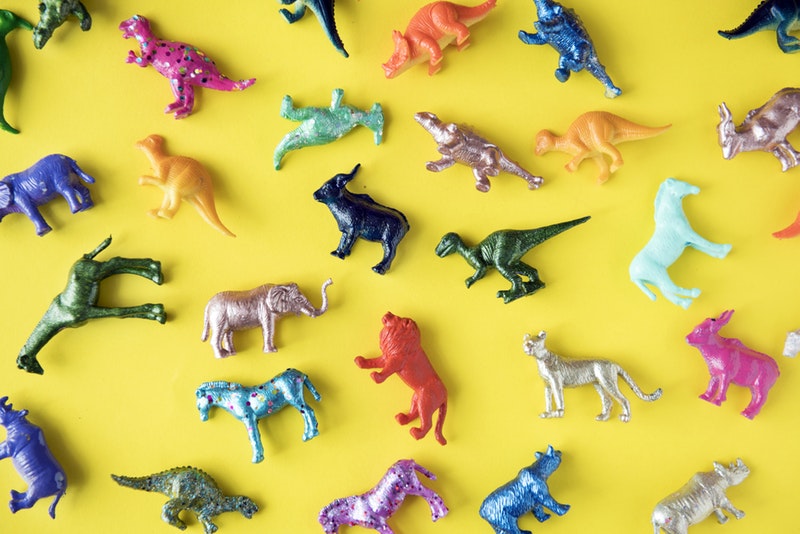 Something has turned my charming, delightful, smart, six year old into an avaricious, covetous old greed-monger.

No, it’s not the annual romp through the Argos catalogue with a Sharpie: it’s something far more scary and it’s dipped in glitter: Hatchimals.

Or “bloody Hatchimals with their stupid crackable eggs which you can’t even bloody eat so they just make a big mess on the floor”, as I call them in my head.

Sure, they’re cute and dinky and SO super sparkly but:

“Mummy there are 106 to collect and I have to get the GOLDEN Hatchimal!”

All concealed in crumbly, inedible eggs so you can’t see which ones you’re getting and so, well, you might just end up buying say, 600 to be in with a chance of completing the collection? And did I mention they are about £3 each? Or you can buy them in multi-packs which bring the cost right down to around £2 each. So you’re looking at several hundred quid minimum to complete that collection of glittery, plastic animals. And what about the Golden Hatchimal, so beloved of my son?

There are 250 total. Anywhere. Seriously, what are the chances?

There’s no need to limit my ire to Hatchimals “collegtibles”, I can also apply it to Kinder eggs (only twelve different Barbie models to collect! Oh, hang on, we’ve only got three and now they’ve stopped doing the Barbie ones! Onto the next multinational conglomerate tie-in then!) Or McDonalds “ooh look mummy there are six different toys to collect!” And don’t even get me started on the Panini sticker albums…

I am yet to see one of these tiny trinkets in my home engaged in meaningful play; their value seems to extend no further than being owned. Yes, there is a certain pleasure in possessing something which you love but most of these things are not to be treasured, they are the fast-food of toys: sweet, appealing and short-lived.

I’m not blaming my child in this, because he’s six. Smart, charming and delightful – but also hugely susceptible to the marketing techniques employed by the big toy and food companies. The TV adverts make these toys so appealing and despite my best efforts to keep him from seeing the ads (CBeebies: a million thank yous) they do seep into the consciousness. Obviously my child doesn’t want mummy and daddy to be bankrupt when he is desiring this enormous collection of pointless junk, but despite his considerable mathematical skills, he has no idea that he is basically trying to hoodwink his parents into spending a month’s wages in search of the Golden Hatchimal.

Let’s face it, children have enormous power for pestering parents into buying everything they’ve seen on TV or on YouTube. But I’ve come to the conclusion that it’s a bit of both. Sure, the marketing and hype is utterly irresistible for our impressionable offspring. However fossils, I have noticed are not particularly well advertised on television. And yet, my son declared he wanted to “collect them all” after I gave him a small ammonite fossil and told him it was at least 65 million years old. He was so besotted with its spiral shape, rough on one side and polished on the other, that he imagined many other beautiful, ancient specimens which he could collect and treasure forever, gaining pleasure from looking at them, holding them, and learning from them.

Maybe collectables aren’t so bad after all.

I remember being a kid, and the craze was to collect smelly erasers. “Oh this one smells like watermelon, and this one is just like blueberries!”

SPOILER: They all smelt the same – like sweet bubblegum, and well, rubbers.

I was so envious of the friends who had bucketfuls collected from all over the place, grown-ups keen to feed their interest, however superficial, pointless and excessive it was. I had about three smelly rubbers. I REALLY liked them. They were my ticket to cool. Sure, I was a long way off the bucket kids, but I had enough to get by and more than enough for any erasing needs which cropped up. And that’s probably the line I’ll tread too: it would seem cruel to totally deny them their heart’s desires, even if my grown-up heart knows they are mistaking trash for treasure. So yeah, I’ll throw a few Hatchimals in the basket for Santa, and maybe a fossil too.