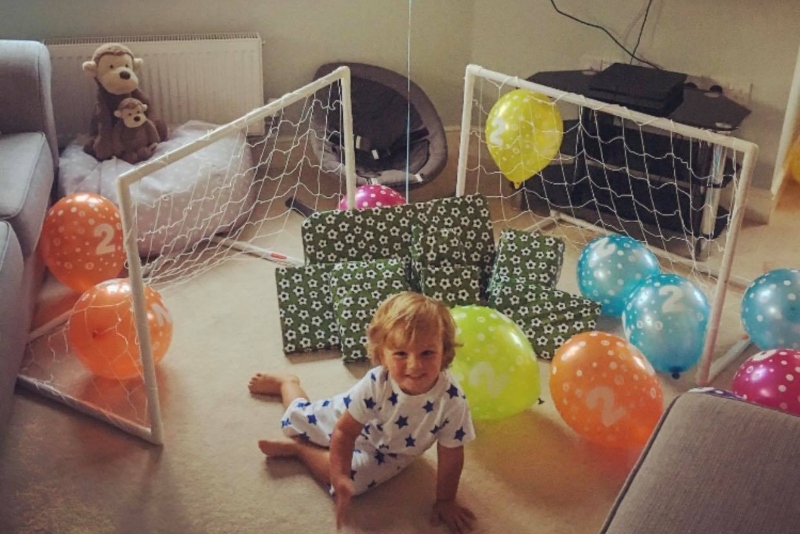 When proud mum Daisy Webster shared this video with The Motherload® Facebook group showing her two year old son scoring a goal, we were absolutely blown away! Toddler Ted has been playing football as long as he’s been walking and he showed off his skill, blasting the ball with precision, in through the open door of his parents’ washing machine!

Ted cheers himself after it goes in and shouts “Go-Go!” then comes back with joy on his face, to high-five his godfather, who’s filming.

Members of The Motherload® Facebook group were astounded by little Ted’s skill, predicting he’d be the next David Beckham and that he had amazing natural talent.

And if you’re wondering whether this was a one-off, it wasn’t. Daisy also shared this video of Ted scoring a long shot, through a mini basketball net from way down the hall.

Watch him aim and score perfectly: 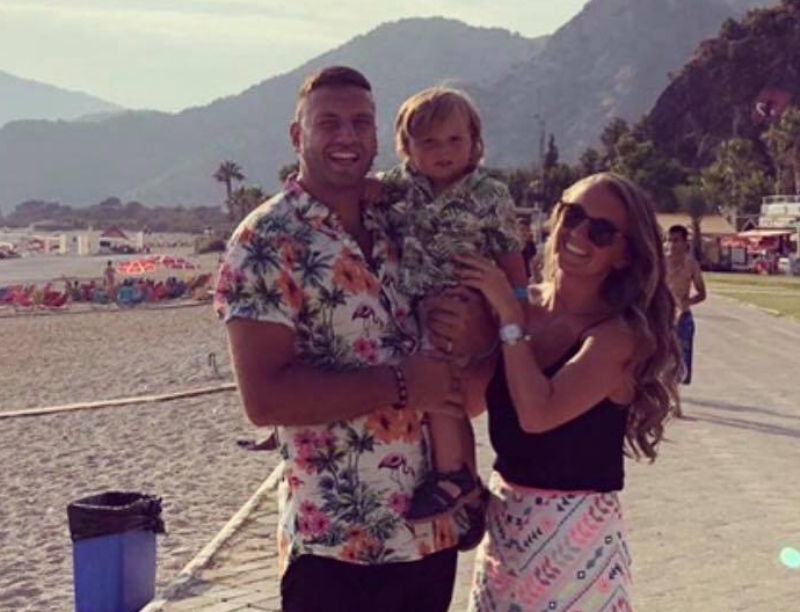 The Motherload® caught up with Ted’s mum Daisy from Micheldever in Hampshire, to find out a bit more about her miniature soccer star. She told us:

We live right opposite a park which is perfect for Ted and his football obsession. Football has never been pushed onto Ted. His Dad, Ryan Brown, is into football but only plays for a local club and follows Chelsea, nothing major. It sounds silly but as soon as Ted could walk he was kicking a football. He practices every day, in the house, at the park or at soft play, basically wherever we are! We have wasted a lot of money on toys that have never been played with as football always comes first. He even loves watching it on the TV with his Dad. We are a very outdoorsy type of family, so when it comes to the weekend we always go on adventures such as walks, the zoo, lots of parks, but wherever we go a football comes too. It’s a nightmare – ha ha! We love each other very much and only want the best for our Ted!

Ted clearly has a lot of natural flair and talent – watch out for a future football superstar!

Ted’s talents are already getting a lot of attention! His story now features in The Sun, Mailonline and has even been picked up in Brazil!

Please note: The Motherload® Facebook group is a closed community where we share the highs and lows of parenting, and any journalists wishing to report on posts in the group are required to contact us first for permission and we will liaise with the member concerned. Action will be taken against publication of members’ images and stories taken without permission.