What are the Main Principles of Heuristic Play?
How Can Busy Mums Avoid Burnout When Working From Home?
The Motherload Book Club: Take It Back 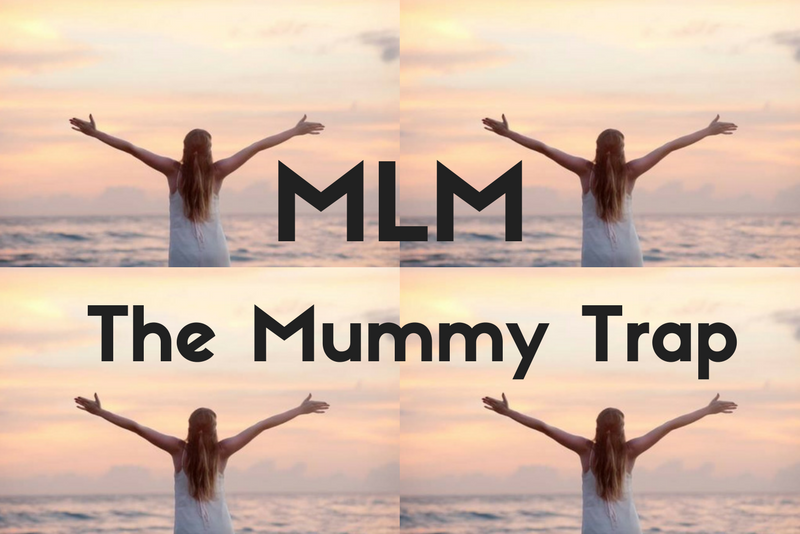 I always wanted to be a ‘high-flying’ business woman, and to be my own boss, since I was old enough to have social media. You know the type, you see them all on Instagram… brand new Mercedes, Michael Kors watch and bag, Kurt Geiger shoes, always on holiday in exotic locations. It’s an attractive prospect to any young girl, especially to a young girl who left school ‘not quite sure’ about what she wanted to do with her life.

That desire only became stronger once I’d had my little boy, because not only do these women have amazing hair, cars, and holidays, but a lot of them are mothers too! How do they do it? I wanted to do it too. I wanted to be successful.

As my ‘return to work’ date loomed, it was starting to look like I had no other option. Their posts filled me with guilt about going back to work, about leaving my baby. They made me feel as though I was committing an atrocity by even considering full time work. I started to dread the 9-5, and nursery began to sound like a swear word.

My Introduction to MLM (before I knew it was MLM)

I turned 18 and after a shaky start to my working life, in a not-so-great apprenticeship, and having learned a lot, I decided to hunt for something new. I stumbled across an ad on Facebook, liked by one of my friends…

“That sounds right up my street”, I thought. The idea that I could work from home, and earn lots of cash, and have fun by organising parties, was hard to turn down, so I signed up. That’s when my journey with Ann Summers began.

I paid my kit fee, and one week later, a huge parcel arrived on my doorstep. It felt like Christmas! Except instead of stuff I wanted, I opened a box full of tacky dress-up outfits and rubber toys.

I was determined to become like those “big sellers”, that my upline was always raving on about. The ones that win the shopping holidays to New York including spending money, and get flash company cars. My ‘manager’ told me she knew I could do it, that between us we were going to smash targets and win that holiday! We’d be sashaying down Broadway before we knew it! She told me “get yourself on Facebook, ask your friends to host a party, send them a private message and KEEP posting” …

A week in and the doubts started to creep in. No one was commenting on my posts, no one was booking in for parties, let alone placing orders! I couldn’t understand it, I’d done everything my upline had told me to. I started to feel as though I was annoying people, I lost friends on Facebook. It wasn’t working.

After a couple of awful parties hosted by friends, who were kind enough to help me out (after I begged!), I decided enough was enough. I had spent more money on items for my “kit” than I had earned in sales, and my upline was putting more pressure on every week to buy the newest stuff. How else did I expect to sell anything? Hmm.

I packed up my kit, including all the extra stuff I’d bought, and posted it back to head office. But it wasn’t that simple, they then magically calculated that I actually owed THEM money, and in the post a few days later I received a demand notice for £12. £12! As if it wasn’t enough that I’d been coerced into spending £150 on flavoured blooming lube! Now they wanted more!

I felt like a failure, so far none of my attempts in the working world had worked out, and it was pretty depressing.

Fast forward seven years, and my return to work date was looming after the haze that is maternity leave. Same as lots of mums, I was dreading it. I couldn’t think of anything worse than going back to my 9-5, not now I was only just starting to get to know my little boy and all his wonderfulness (that’s a word, right?), and surely even considering it made me a bad parent, right?

A friend of mine had commented on a page I’d never seen before, it was called ‘Just For Tiny People’, and it looked AMAZING! The design on their Facebook page was exciting and colourful, their products were super cute, and when they posted an ad which read “Business Fairies Wanted!”. I couldn’t resist!

I read EVERYTHING, all about how the founder had worked her hugely successful business around her children. Her videos raved about how she had created this opportunity for mums, out of the goodness of her own heart, to make sure there was an alternative for mums who didn’t want the 9-5, and wanted to spend more time with their children *eye roll*. I watched all her videos about how she had started out. It sounded wonderful.

Selling children’s accessories and toys, how could that be anything other than innocent? How could that possibly be a scam? After hours of research, scrolling the ‘Business Fairy’ group, and asking lots and lots of questions, I decided that I 100% wanted to do it, the only thing stopping me was the big fat fee to get started. I couldn’t afford it. I was on maternity leave and money was tight, so with a heavy heart I told myself I would wait until I had the cash.

Thank God I did. Thank God for being skint!

The Here and Now

Switch to now, September 2017, and ‘JFTP’ has gone into administration. ‘Business Fairies’ have lost money, customers have lost out. Ann Summers is now a known MLM, and it seems, in the grand scheme of things, that I have dodged a HUGE metaphorical bullet.

The reason I’m writing this is because I want to warn fellow MOLOs, about the MASSIVE number of ‘Mummy Traps’. MLM businesses also known as Direct Selling companies are known to target deprived areas, and are renowned for targeting mums, with that “work from home” dream.

They’ll tell you it’s easy, they’ll tell you that the flash Mercedes is just within reach if only you just had the “right mindset”, and they’ll turn you upside down for what very little cash you still have left.

I’m not going to lie and say that working from home isn’t possible, because it totally is. I would also never say that 9-5 jobs are bad either, because they absolutely are not! I have recently started doing working from home myself as a Freelance Virtual Assistant, but what I have found, is that finding a legitimate avenue is extremely difficult, and it’s no dream with flash holidays and expensive cars. It’s hard work, as with any normal job. Unfortunately, the employed world isn’t always a friendly place for parents looking for flexible working. That’s why MLM works, and that’s exactly how they pull you in.

Like this? Share it, and spread the MOLO love. You can also read Network Marketing: A Cult for Mums? or for the very latest from our writers, visitThe Motherload® homepage

I’m Jade, I’m 25 and a first-time, stay at home mum to my gorgeous one year old boy Finn! I’ve been writing, admittedly on and off, for years but since having the baby I’ve been full of inspiration, but at times lacking motivation! I suffer with an anxiety disorder and have to battle myself every single day. Currently trying to find new ways to keep the anxiety at bay and cherish every moment!